Setting the record straight on the government's pervasive data-twisting 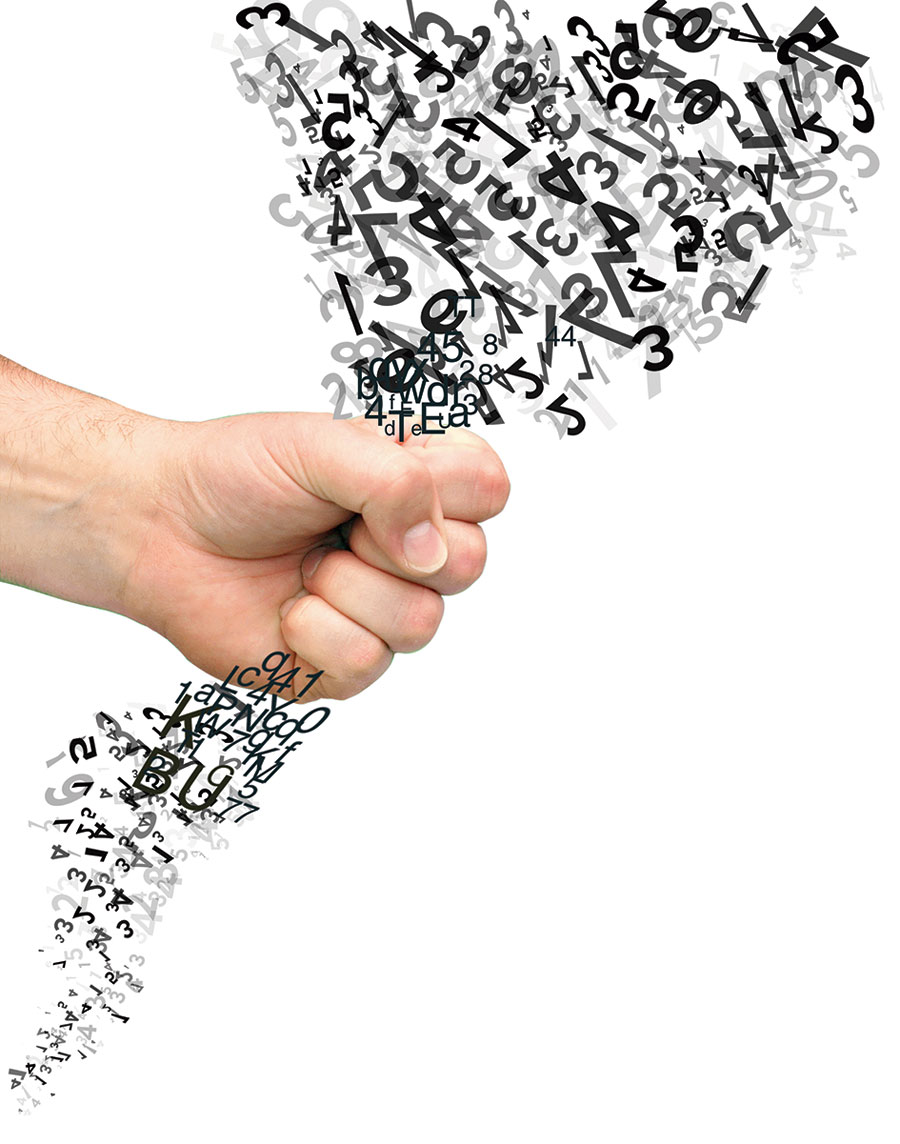 The findings of the NSSO survey report, which is now in the public domain, reveal that the 2017-18 unemployment rate at 6.1 per cent is at a 45-year high. For a government which came to power on the back of a promise to create two crore jobs, that is a lot of egg on its face.
Graphic by Sabyasachi Kundu
James Wilson   |   Published 09.02.19, 07:40 PM

The writer is is a civil engineer and data cruncher

Post truth. This seems to be the only surviving truth in today’s India, a country overrun with bare-faced lies, falsehood, deceit and invented truths — statistics. Note the brazen manner in which the chief of the Prime Minister’s Economic Advisory Council, Bibek Debroy, declared recently that a new national sample survey will be conducted by the government to show there is substantial job creation, thereby countering the latest report by the National Sample Survey Office (NSSO).

Debroy’s comment comes close on the heels of a countrywide debate on data meddling by the Narendra Modi government, set off by the resignations at the National Statistical Commission (NSC) — NSC chief P.C. Mohanan and independent member J. Meenakshi quit over the delay in release of the NSSO’s periodic labour force survey.

The findings of the NSSO survey report, which is now in the public domain, reveal that the 2017-18 unemployment rate at 6.1 per cent is at a 45-year high. For a government which came to power on the back of a promise to create two crore jobs, that is a lot of egg on its face. It is also evidence of how demonetisation and a poorly-executed goods and services tax (GST) wrecked the economy and created large-scale unemployment.

Once the survey report got out, the government’s mandarins scrambled to explain away the findings. More blogger than minister, Arun Jaitley brushed it aside as a draft report, ignoring the fact that the NSC had approved it in December 2018. NITI-Aayog CEO Amitabh Kant and vice-chairman Rajiv Kumar struggled to pull off a satisfactory damage control. And then there was Debroy with his own promise of a fresh job report — a chilling and open admission that the government would window-dress national employment data and that it didn’t care what the public made of such manipulations.

All of this started when the UPA II regime was ending. That is when the social media space started getting flooded with fake narratives spread by the Bharatiya Janata Party’s IT cell. It started to circulate fake comparisons of global petrol prices to show that India charged an exorbitant price; astronomical figures of black money deposited in Swiss banks and other tax havens and these captured the imagination of the middle class. The number of zeroes included to quantify the black money stashed away made Narendra Modi’s pre-election promise of Rs 15 lakh in every Indian’s account appear plausible. As a gullible votebank consumed this fake propaganda, the UPA made no attempt to counter it — either out of ignorance of the power of social media or of indifference born of arrogance.

Once Modi assumed power, the fake news machinery did not stop. Instead, it was now used to make tall claims about governance. The BJP started to fiddle with the Gross Domestic Product or GDP rates. In 2015, the Central Statistical Office (CSO) announced two changes in the way GDP is calculated — the base year for all calculations was revised from 2004-05 to 2011-12, and the methodology was changed. These made the GDP growth rate of 2014-15 jump from 5.5 per cent to 7.4 per cent, surpassing even China’s growth rate. Leading economists publicly expressed their bewilderment. Globally, whenever such changes are done, past data is also revised concurrently. But the CSO failed to publish the GDP growth figures for the years prior to 2011-12. What is more, the demand was ignored for three years. In August 2018, when a draft report on the GDP back series was released by a committee set up by the NSC, it indicated that growth figures under the UPA was higher than the old methodology indicated. The BJP government swiftly removed this report from its website saying it needed closer examination.

The GDP figures were finally released by NITI-Aayog vice-chairman Rajiv Kumar on November 28, 2018. They indicate that the revised average GDP growth rate between 2005-06 and 2013-14 — all UPA years — stands at 6.7 per cent, against 7.35 per cent, as recorded in the first four years of the NDA government.

Former chairman of the NSC, Pronab Sen, questioned the NITI-Aayog’s unusual move of releasing GDP data, and pointed out that it is the prerogative of the CSO. Sen also stated that a proper study of the methodology used to deduce real growth in each segment of the economy is warranted. The latest upward revision of GDP growth was done for 2016-17 and 2017-18 on January 31, 2019. The revised figures for 2016-17 is 8.2 per cent, showing that maximum growth happened during the demonetisation year, caused eye-brows to be raised and smirks from those aware of the government’s propensity to mangle data and present it in its favour.

At the time of demonetisation, the Prime Minister sought 50 days to restore the currency supply after demonetising 86 per cent of high value currency, but his government suppressed the fact it had only 32 per cent of the value of the above currency in hand, and that too in Rs 2,000 denomination notes, to replace all that denotified currency. The government and the Reserve Bank of India were also well aware that given the printing capacity of India’s currency presses — 2 billion notes per month — it would take eight to nine months to restore normalcy. And it is to help prop up this lie that they adopted rationing of currency notes and urged citizens to embrace digital payments.

After the first month, the government also stopped releasing updates about the quantum of demonetised currency in banks, as it would expose their claims that no more than Rs 12 to 13 lakh crores worth currency would return to the banks. Instead, they trotted puerile, risible explanations such as “the notes are still being counted”, when the whole process was known to be automated. Finally, after eight-and-a-half months, the RBI Annual Report of 2016-17 disclosed on June 30, 2017, that the RBI had received Rs 15.28 lakh crore of demonetised currency — in other words more than 99 per cent of the demonetised currency.

A few days into demonetisation there was a publicity blitz that Indians were to enter a cashless economy soon. At the time, the cherry-picked data of growth in UPI (united payments interface) transactions and mobile wallets from a zero base was projected as dramatic growth by the government. They conveniently ignored the fact that the payment system indicators available on the RBI website clearly reveals that total retail electronic transactions did not show any dramatic growth, only a readjustment of various options of the extant digital transactions coupled with natural growth of digital transactions as people embraced e-commerce. As of January 25, 2019, there is Rs 20.62 lakh crore currency in circulation as against Rs 17.97 lakh crore at the time of demonetisation — what better proof that India never metamorphosed into a digital economy.

As demonetisation failed to achieve its stated objectives, the government peddled another narrative. This time it said the objective of demonetisation was to make India a tax-compliant society. In his 2017 Independence Day speech, the Prime Minister said that post-demonetisation the number of income tax payers had grown by 56 lakh. The FM claimed it was 91 lakh. A written reply in Parliament said the addition was 33 lakh. The Economic Survey of 2016-17 put it at 5.4 lakh.

What makes it all the more astonishing is that these claims and statements were made in a span of 2-3 months. All of it was made worse by the fact that the government didn’t even make an effort to be consistent in such prevarications. It was as if they couldn’t care less.

An examination of the Central Board of Direct Taxation data available in the public domain reveals that there was an 11.6 per cent growth in the number of income tax payers in 2013-14. It then fell to 8.3 per cent and 7.5 per cent in the next two years, increased to 12.7 per cent in 2016-17, but again fell to 6.9 per cent in 2017-18. That there was dramatic increase in the number of tax payers after demonetisation was a Big Lie. It is true that direct tax realisation has increased, but it is proportionate to growth of the economy.

As in the case of unemployment data, the government suppresses many an inconvenient data which causes it embarrassment. One such is the farmer suicide data. The last NCRB report published was in 2016. It showed that till 2015, in India, every hour a farmer committed suicide. But the Union agriculture minister, Radha Mohan Singh, told Parliament that the government had no data on farmer suicides since 2016.

Such data fudging and suppression have been questioned by many in social media. Websites such as altnews.in and indiaspend.org also continue to prick the government’s hot air balloons and bust their myths. The Congress and other opposition parties too are gradually waking up to the dangers of letting BJP spread these fake narratives. A section of the public has also started to take note of the discrepancies.

But there are many who have willingly suspended disbelief and consider Modi to be a modern-day messiah for India. Unless they too realise that those who are voted to power should be questioned at every turn instead of being venerated in silence, India doesn’t have much of a future. The hole we have dug ourselves into will become deeper and deeper, the independence and integrity of our institutions will be compromised, the bureaucracy will bend every which way to do the bidding of those in power, and India will no longer be India.

The edge of the wedge has long ceased to be thin.