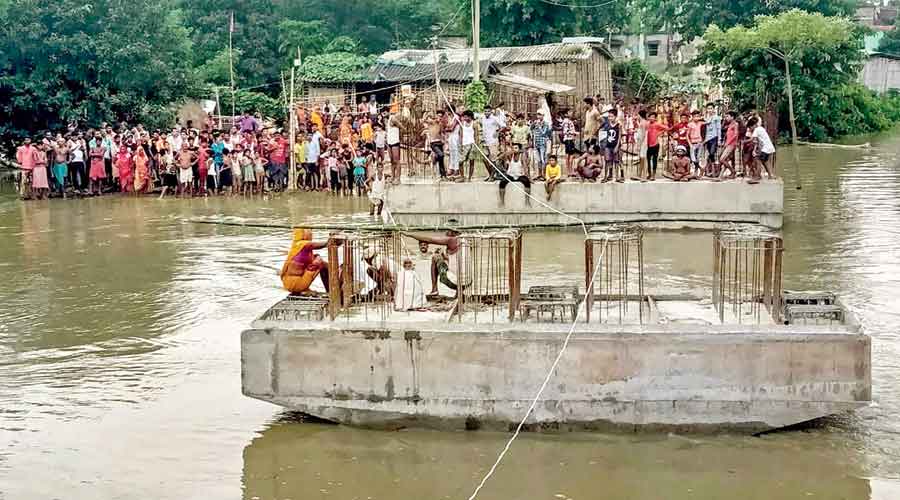 Congress leader Rahul Gandhi devoted the day to Bihar, meeting at least 35 leaders, legislators and parliamentarians from the state at his residence in New Delhi on Wednesday, amid speculation about an imminent change of guard.

Though several senior leaders maintained that the meeting was to chalk out the future strategy of the Congress in Bihar, the move indicated that the top leadership is likely to crack the whip after the party’s dismal performance in the Assembly polls in October–November last year.

The Congress had contested 70 Assembly seats out of 243 in the state as part of the Grand Alliance but won just 19. Its partner Rashtriya Janata Dal (RJD) had attributed the Congress’s poor performance as the main reason behind the alliance failing to form a government in Bihar.

Sources said Rahul’s step was also an effort to keep the Bihar flock united amid allegations and suspicions that chief minister Nitish Kumar’s Janata Dal United (JDU) and partner BJP were making attempts to engineer a split in the Congress legislature party.

“The meeting was to discuss how to strengthen the party and its organisation in Bihar. He (Rahul) wanted to know the opinion of the senior leaders from the state on this issue,” Meira told reporters.

Meira skirted the issue of any change in the state leadership, but did not deny that it was discussed at the meeting. “I will not be able to say anything about any change,” she said.

Jha told The Telegraph that Rahul had convened the meeting “to meet the MLAs and MLCs he had not met till now. They had been asking him for an appointment. A few former state presidents of the party were also present”.

The 19 MLAs, four MLCs and two MPs were also among the Bihar leaders who met Rahul. They had a one-on-one meeting with him at which he enquired about the condition of the party and sought their suggestions.

“Rahulji asked me who should be made the president of the state unit and sought my preference of the community he should hail from. I gave my suggestions. There is an opinion that the term of the state party president should be for a maximum of three years,” one of the legislators told this newspaper on the condition of anonymity.

Another legislator said that apprehensions about a split in the party engineered by the JDU or the BJP were also discussed.

The daylong meeting in Delhi was a fallout of the tours by AICC Bihar in-charge Bhakta Charan Das across different parts of Bihar over the last few months. He had faced protests from party workers against alleged stagnancy and poor leadership in the state, as well as growing dissatisfaction and disillusionment among them.

Sources said that Rahul was trying to cobble together a leadership that would represent Bihar-specific caste equations and women in a better manner.