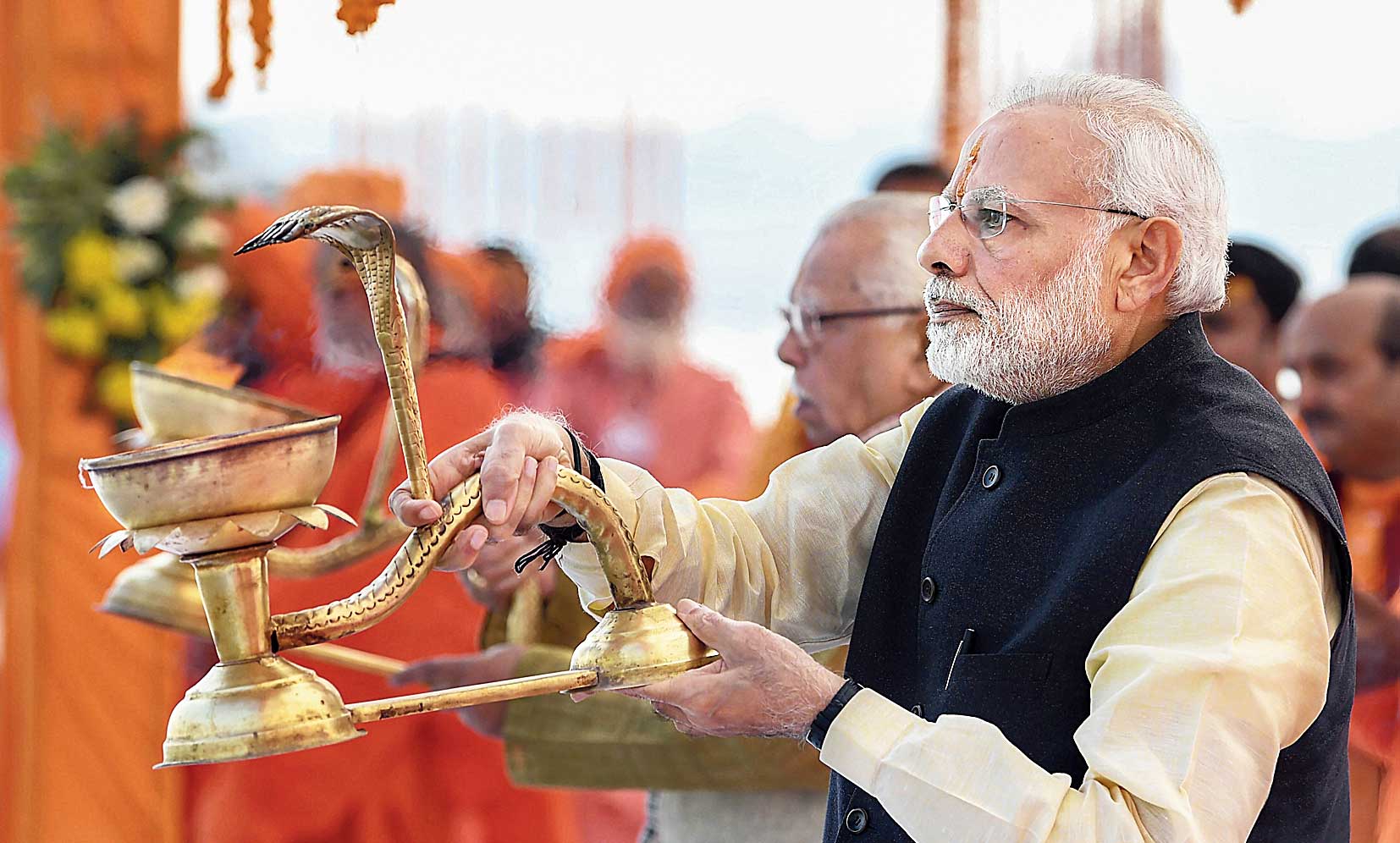 Prime Minister Narendra Modi on Sunday accused the Congress of trying to portray the Supreme Court as a “liar” over its Rafale verdict and of trying to “weaken” the defence forces.

“These people believe that the defence ministry, defence minister, Indian Air Force and the French government are liars. Now the Supreme Court also appears to be a liar to them,” he told a rally in Rae Bareli, Sonia Gandhi’s parliamentary constituency.

The Congress has questioned the apex court’s dismissal on Friday of petitions questioning the Rafale deal with France, highlighting that the judgment’s claim of the public accounts committee of Parliament having examined the CAG report on the deal was erroneous.

It has, however, blamed the government for the error, accusing it of furnishing misleading documents before the court. It was the Centre that on Saturday claimed the court had misinterpreted two sentences in its note, resulting in the error.

Modi accused the Congress of having always tried to weaken the institution of the judiciary.

“Recently we have seen how they tried to bring in a proposal of no-confidence against the Chief Justice of India. Threatening judges is a part of their old thought process,” he alleged.

The Congress and six other Opposition parties had moved a notice for impeaching then Chief Justice Dipak Misra in April, accusing him of “misbehaviour” and “misusing” authority.

Modi later travelled to Allahabad, where too he accused the Congress of threatening judges who did not follow its instructions. He referred to the 1973 Kesavananda Bharati case, saying the then Congress government had harassed the judges for passing an order against it.

A 13-judge constitution bench had by a 7-6 verdict ruled that the Constitution had a “basic structure” that Parliament lacked the power to destroy.

Modi referred to how Justice Hans Raj Khanna, one of the judges who supported the majority view in the Bharati case and later ruled in favour of individual freedoms during the Emergency, was superseded by a junior as Chief Justice of India.

In Rae Bareli, he taunted the Congress over defence controversies under its governments by referring to “Quattrocchi mama” and “Michel chacha”.

Modi was in Rae Bareli to inspect the Modern Coach Factory, built at Sonia’s behest between 2007 and 2010, which he claimed had begun production only after he took over as Prime Minister in 2014.

A factory source said the plant had produced more than 350 coaches by the time Modi came to power.

“Jhoothai lena, jhoothai dena/ Jhoothan bhojan, jhooth chabena (Some people accept and hand out lies, they only consume lies),” Modi quoted from Tulsidas’s Ramcharitmanas, targeting the CongressAlthough Modi at one point reminded his audience how India’s army had “forced Pakistan to bite the dust” in 1971, he claimed the Congress had done nothing to keep India secure. Indira Gandhi was Prime Minister in 1971.

“We want to remind the country of Congress governments’ history relating to our forces. The Atal Bihari Vajpayee government had felt the need for modern fighter planes during the Kargil war (of 1999) but the Congress, after coming to power (in 2004), did nothing during its 10-year rule,” he said.

“Before that, they had bought Bofors (guns) because they had Quattrocchi mama (maternal uncle),” he added, taking the usual pot shot at the Nehru-Gandhi family.

He reminded his audience how his government had recently brought “Michel chacha (paternal uncle)” to India.

Christian James Michel, charged with fraud, bribery and money-laundering in connection with the UPA-era AgustaWestland helicopter scam, was recently extradited from the United Arab Emirates.