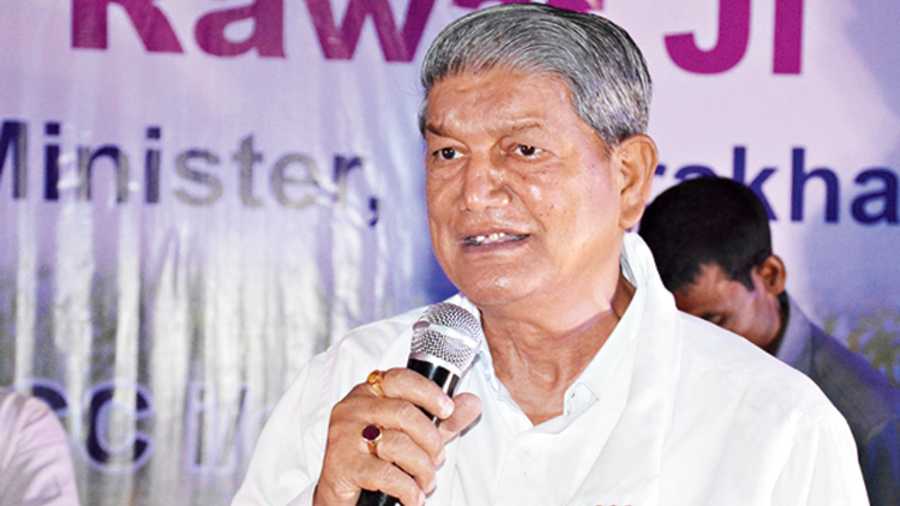 The drum was placed on the roof of his car in his convoy which, according to PCC general secretary Mathura Dutt Joshi, passed through 10 assembly constituencies including Jhabreda, Manglaur, Roorkee, Laksar, Ranipur, Haridwar, Rishikesh, Doiwala, Raipur and Dharampur.

Through his body language, Rawat conveyed confidence and attacked the BJP over several issues.

Accompanied by Pradesh Congress president Ganesh Godiyal, Rawat told reporters soon after his arrival that he has been asked by Gandhi to lead the party's campaign in the state in which everyone will assist him.

He also attacked the BJP over unemployment and inflation and said his expose campaign named "Bhajpai dhol ki pole khol (expose the BJP)" will now be carried out vigorously and he will hold a series of election meetings to bring forth BJP's failures.

Rawat's tweet recently expressing his unhappiness with the party organisation because of non-cooperation leaders created a flutter with the PCC top brass summoned to Delhi by the high command.

Rawat, Godiyal, Leader of Opposition in the state assembly Pritam Singh and the AICC incharge of party affairs in Uttarakhand Devendra Yadav went to Delhi and had a meeting with Gandhi who sorted out the matter giving Rawat a free hand.

Requesting anonymity, senior party leaders said here Rawat was annoyed with too much interference from Yadav who was in favour of the party going to the polls under a collective leadership as per the party traditions.