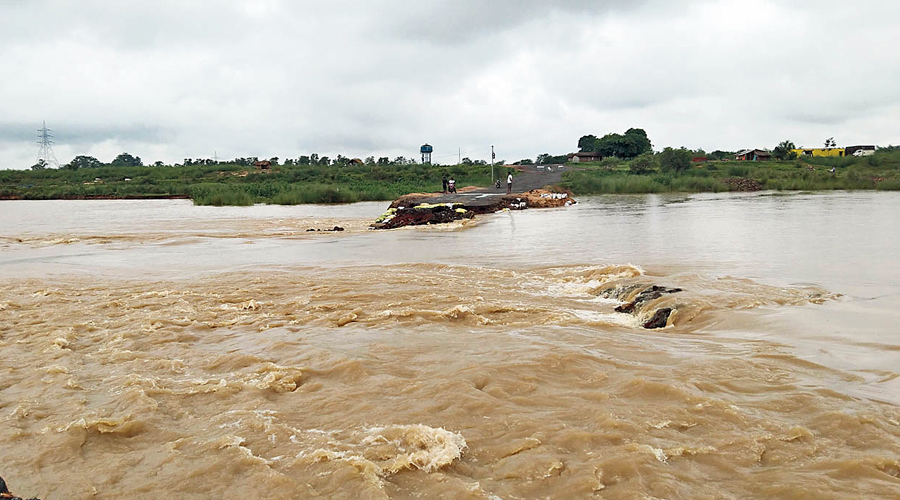 Several projects in coastal regulation zones were approved during 2015-2020 despite inadequacies in environmental impact assessment (EIA) reports, according to a new CAG report.

Coastal land up to 500 metre from the High Tide Line (HTL) and a stage of 100m along banks of creeks, lagoons, estuaries, backwater and rivers subject to tidal fluctuations is called coastal regulation zone (CRZ).

The government had in 2019 notified CRZ norms under the Environment Protection Act, 1986 to conserve and protect the environment of coastal stretches and marine areas, and ensure livelihood security to the fishing communities and other local communities.

The CAG report on 'Conservation of Coastal Ecosystems' said that instances were observed where Expert Appraisal Committees (EAC) of the Union Environment Ministry granted clearances to projects, though domain experts were not present during the deliberations.

"Also, cases were noted where the members of EAC were less than half of the total strength during the deliberations as there was no fixed quorum for EAC members," said the Comptroller and Auditor-General of India (CAG).

"Projects were approved despite inadequacies in the EIA reports which included non-accreditation of the consultant involved with the preparation of the EIA report, usage of outdated baseline data, non-evaluation of environmental impacts of the project, non-addressal of disasters which the project area was prone to," the CAG said.

Activities forming a part of the mitigation plans like mangrove conservation, replantation, biodiversity conservation plan, rain water harvesting plan were not included in the environment management plan as the same was left to the project proponent to be carried out, the report said.

It said several project proponents failed to comply with conditions for environmental clearance and did not submit the mandatory half-yearly compliance reports to the regional offices of the ministry.

"We observed projects where the Ministry relied on the information submitted by the project proponent with respect to potential ecological risks due to the project activities without verification," it said.

The audit report said instances were observed where SCZMAs, rather than recommending the projects to relevant authorities, granted clearance on its own.

They also recommended many projects without the submission of mandatory documents, it said.

The audit report said SCZMA was not reconstituted in Karnataka and there was delayed reconstitution in Goa, Odisha and West Bengal during 2015-2020.

The SCZMAs held meetings without fulfilling the quorum requirements and lacked representation from relevant stakeholder bodies, it said.

In many states, SCZMAs did not have sufficient manpower to perform their mandate, it said.

The report said the DLCs of Tamil Nadu lacked participation from local traditional communities. In Andhra Pradesh, they were not established at all.

"In Goa, DLCs were formed after a delay of six years," the report said.