While we would like the ongoing disengagement process to be completed at the earliest... achieving this requires agreed actions on both sides: Foreign ministry spokesperson Anurag Srivastava 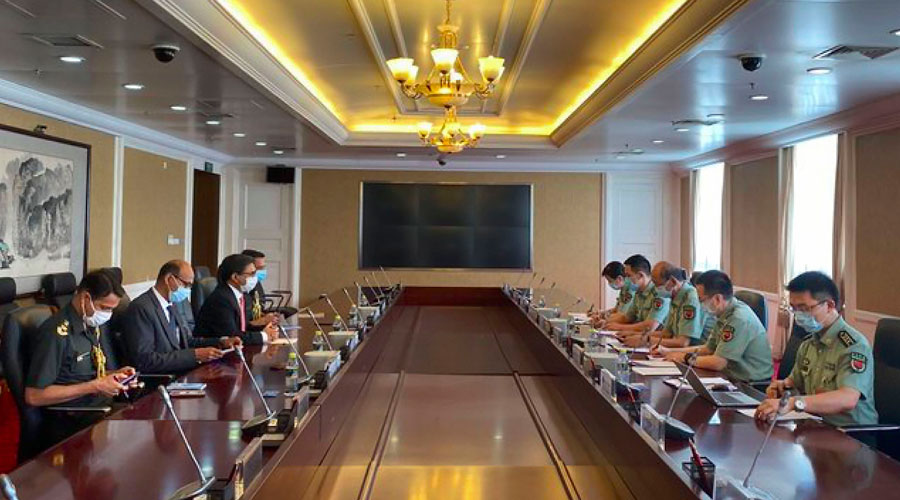 The Indian foreign ministry on Friday reaffirmed that the disengagement process with China was a “complex” process that would take time, again raising questions about Prime Minister Narendra Modi’s earlier contention that no one had entered or was occupying Indian territory.

Responding to questions, ministry spokesperson Anurag Srivastava said “some progress had been earlier made” on the broad principles of disengagement agreed between the two militaries and the special representatives.

“I must add that translating these principles on the ground is a complex process that requires re-deployment of troops by each side towards their regular posts on their respective sides of the LAC,” he said.

“While we would like the ongoing disengagement process to be completed at the earliest... achieving this requires agreed actions on both sides.”

Srivastava said: “We therefore expect the Chinese side to sincerely work with us towards the objective of complete disengagement and de-escalation.”

After the July 14-15 military talks, too, the foreign ministry had described the disengagement process as “complex”.

Srivastava did not specify where “some progress had been earlier made”. Reports say the Chinese have stayed put in territory they have occupied in the Depsang Plains and the Pangong Lake.

Nor did Srivastava respond specifically to the reiteration by the Chinese ambassador to India, Sun Weidong, that the “onus is not on China”.

“The Indian side crossed the LAC for provocation and attacked the Chinese border troops,” Sun wrote in his embassy’s magazine, China-India Review.

Srivastava repeated India’s contention that resolving the border issue was essential to the development of the bilateral relationship. China insists the two should be delinked.

In Beijing, Indian ambassador Vikram Misri met Major General Ci Guowei, director of the office of International Military Cooperation of the Central Military Commission, and briefed him on India’s stand on the border situation.

Srivastava did not say why Misri had met these two officials and what they had discussed, but said more meetings were likely.

The Indo-Tibetan Border Police has told the government that Indian and Chinese troops have had multiple clashes in May-June — apart from the May 5 and June 15 face-offs — and both sides suffered injuries in these, sources said.

So far, the army has admitted only two clashes: the June 15 fight that killed 20 Indian soldiers in the Galwan Valley and the May 5 stones-and-fists battle near the Pangong Lake that left several from either army injured.

The ITBP is the first line of defence along the China frontier; the army remains behind it. The latest revelation comes in a recent ITBP letter to the Union home ministry in which it recommended the President’s gallantry medals, awarded on the eve of Independence Day, for 21 of its personnel, the sources said.

The letter said these 21 had fought the Chinese at various patrolling points in May-June. The sources would not reveal how many clashes took place and on which dates.

However, the ITBP received no gallantry medal on Friday. At least 290 of its personnel have already been awarded the director-general’s commendation rolls and insignia for incidents related to China.

The ITBP also issued a public statement on Friday describing how its personnel had fought off advancing Chinese troops, but mentioned no dates.

“ITBP troops fought shoulder to shoulder and also brought the injured Indian Army troops to the rear,” the statement said.

“Even when the ITBP troops fought whole night, they received minimum casualties.... At places, they gave determined standoff about 17 to 20 hours.”