Amid boycott, only top officials allowed into venues and people stay away 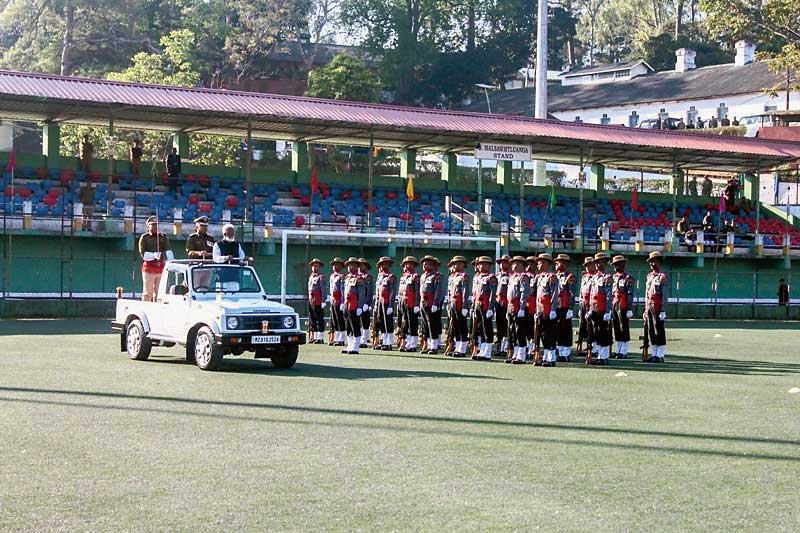 Under an agreement between the government and the protesters, only top dignitaries and officials were allowed to participate.

The general public did not turn up, answering the boycott call. A few mid-level government officials who tried to enter the venues in violation of the agreement were stopped by civil society activists.

Although the occasion was celebrated in all the eight district headquarters, only ministers, ruling party legislators, officials above secretary rank and policemen above superintendent rank participated, the police said.

Governor Kummanam Rajasekharan presided over the main event on a desolate Assam Rifles ground in Aizawl, where only six armed contingents took part in the Republic Day parade. No unarmed contingents or student groups were allowed. All the Opposition MLAs skipped the event.

In the district, sub-divisional and block headquarters, the deputy commissioners unfurled the national flag.

The boycott call was given by the NGO Coordination Committee, a conglomerate of civil society groups and students’ bodies who oppose the citizenship bill. The People’s Representation for Identity and Status of Mizoram, an Opposition party, observed a “black day” by hoisting a black flag at its office.

However, the day passed without incident in what happens to be one of the most peaceful states in the region, although civil society groups protested at the gates of the Assam Rifles ground.

The governor said that strict measures would be taken to protect the state’s borders, and that welfare schemes for the border residents would be given due importance. He said the state government would introduce a socio-economic development policy.