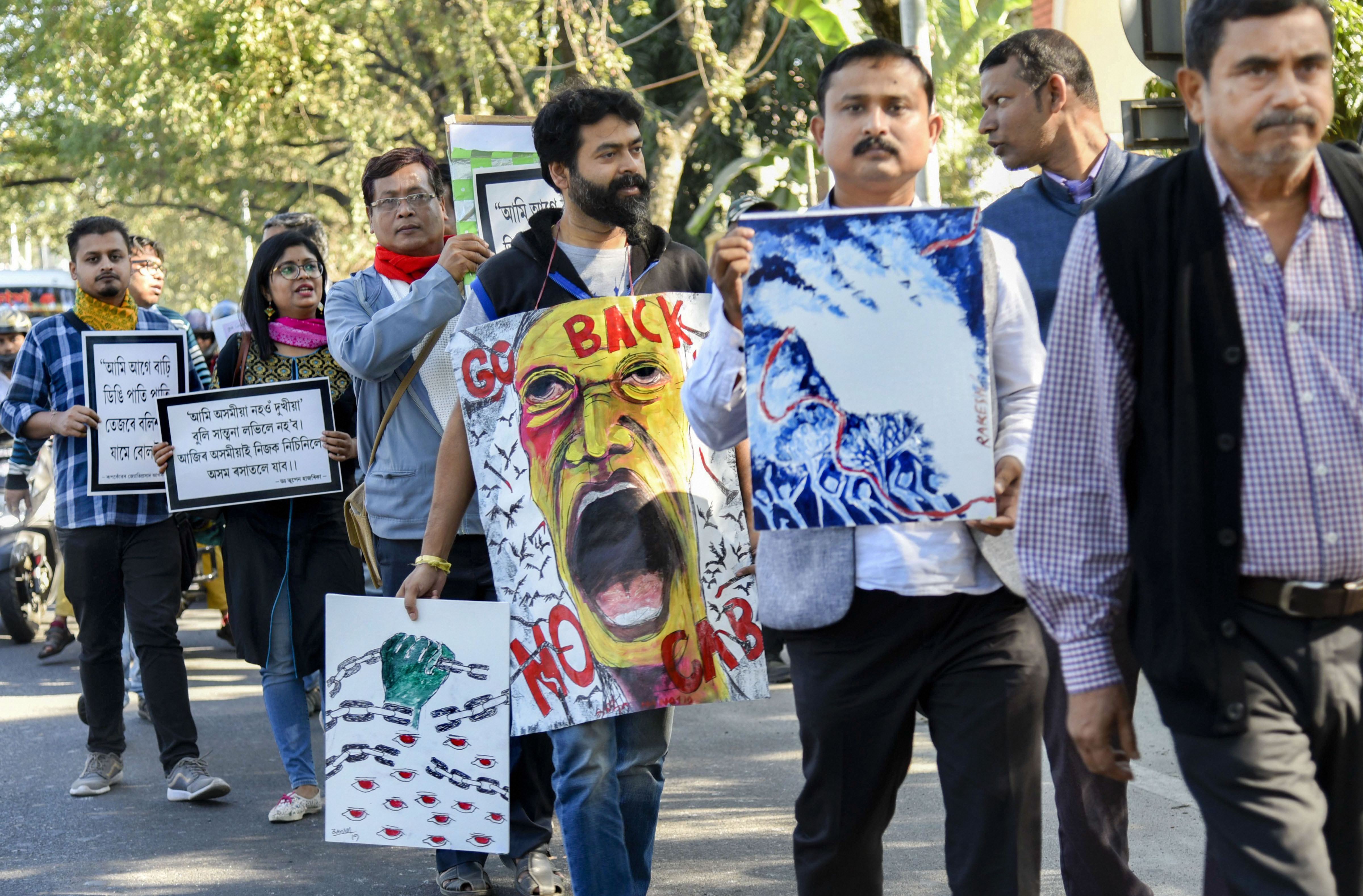 Senior Congress leader Shashi Tharoor, whose party has opposed the bill, also submitted a notice against the bill in the Lok Sabha, saying it “violates” the fundamental right to equality.

The bill seeks to amend the Citizenship Act to allow Hindus, Sikhs, Buddhists, Jains, Parsis and Christians from Afghanistan, Bangladesh and Pakistan to seek citizenship in India even if they migrated here illegally.

The proposed amendment, dubbed as anti-Muslim and unconstitutional by the Opposition and various sections of civil society, was cleared by the Union government last week.

And since then, there have been protests against it, prominently in the northeastern states, especially Assam, which has been at the forefront of the campaign against “illegal immigrants” for four decades. All attempts by home minister Amit Shah to get the Assamese groups on board seems to have failed.

Why are the people of Assam, which has an NDA government, angry?

The All Assam Students Union had spearheaded the Assam movement against migrants in 1979, eventually settling for a cut-off date of March 24, 1971 for migrants under the Assam Accord of 1985. Therefore, anyone who had entered the state of Assam after the specified date would be deemed illegal.

On August 31, when the final National Register of Citizens (NRC) was released in Assam, it left out more than 19 lakh people, a majority of them Hindus. The same 1971 deadline was the cut-off date for those included in the NRC in Assam.

This new bill, however, is all set to change that. The new cut-off date would allow migrants who entered on or before December 31, 2014 eligible for citizenship. That a large number of Hindus have been left out of the NRC is thought to be the reason why the Centre is keen on pushing through the Citizenship Amendment Bill.

While the cut-off year was 1971 for Assam, the Constitution accepted July 19, 1948 for the rest of the country as the final date for accepting migrants from Pakistan.

“As per the Assam Accord, the commitment was to deport Hindus and Muslims who entered Assam after the 1971 date. Assam has taken the load from 1948 to 1971. It is a small state and we cannot take this burden beyond 1971,” said AASU chief adviser Samujjal Bhattacharjya.

He claimed the bill is in violation of the Assam Accord and the commitment made to the Assamese people.

“In the last 43 years, illegal Hindu Bangladeshis who have stayed in Assam, will get citizenship. We’ll have to take load for another 43 years of migration. And after CAB, more people will be encouraged to come over to Assam from Bangladesh,” said Bhattacharjya.

The government had last week come up with a revised draft of the Citizenship Amendment Bill after failing to get it passed in the Rajya Sabha in January.

The revised version, in an attempt to assure the northeastern states, exempts areas protected by the provisions of the Sixth Schedule of the Constitution, where an inner line permit (ILP) is the mandatory travel document for visitors from the rest of the country.

A colonial era regulation brought in to “insulate” the plains from the people of the hills, ILP was later used to check largescale migration. Only three of the eight northeastern states still have the ILP provisions, namely, Mizoram, Nagaland and Arunachal.

The Sixth Schedule of the Constitution allows special provisions for the administration of tribal areas in Assam, Meghalaya, Tripura and Mizoram.

Manipur is the only northeastern state excluded from any of these provisions.

Asom Jatiyatabadi Yuba Chatra Parishad (AJYCP), that has been campaigning for ILP in Assam, termed the bill undemocratic and against the interests of the tribal people of the region.

“In Assam just three small areas have Sixth Schedule provisions, ie, Bodo, Karbi Anglong and Dima Hasao areas. These areas already have a protection. It is the other areas that need protecting,” said Palash Changmai, its general secretary.

AASU adviser Bhattacharjya said that they have been demanding inner line permits for entire Assam.

“… in fact, entire northeast should have ILP. But nothing was done to protect it from immigrants. Assam is not a dumping ground for illegal Bangladeshis,” he said.

“Our question to the central government is that if CAB is bad for ILP and Sixth Schedule areas, how can it be good for the whole northeast,” he added.

Home minister Amit Shah had met student leaders (belonging to AASU, AJYCP and others) last week in an attempt to convince the organizations.

“The meeting went on until 2 am and the cabinet approved the bill in the morning at 10 am. If they had already decided to approve it why bother meeting us?” said Changmai, adding as an afterthought that it is now clear that the home minister had no intentions of including their suggestions.

AASU had supported change of governments (both in the Centre and in Assam later) in a hope that their campaign against immigrants could reach fruition. The BJP came to power in Assam with the same promise.

But today, the BJP has changed its stand, its views articulated loudly by the prominent Assam leader Himanta Biswa Sarma. Sarma had disowned the NRC, refusing to accept the outcome. He is rooting for a fresh NRC in his state especially after Amit Shah’s statement in Parliament that there would indeed be a fresh round of NRC in Assam.

“In the Lok Sabha elections that brought Modi to power, we were clear we needed political change in Delhi to solve our issues. In the Assembly election [of 2016], in their vision document, they said they’ll implement Assam Accord in letter and spirit. There was not a single word about protecting Hindu Bangladeshis,” said Bhattacharjya.

He said today, the people of Assamese felt cheated and that the BJP government was only further alienating the people of northeast.

“The BJP is very clear. They want to protect their illegal Bangladeshi votes. They want the numbers and want to impose this bill. If they bulldoze it, we are going to oppose it,” said Bhattacharjya.