All three accused have been charged under the Official Secrets Act 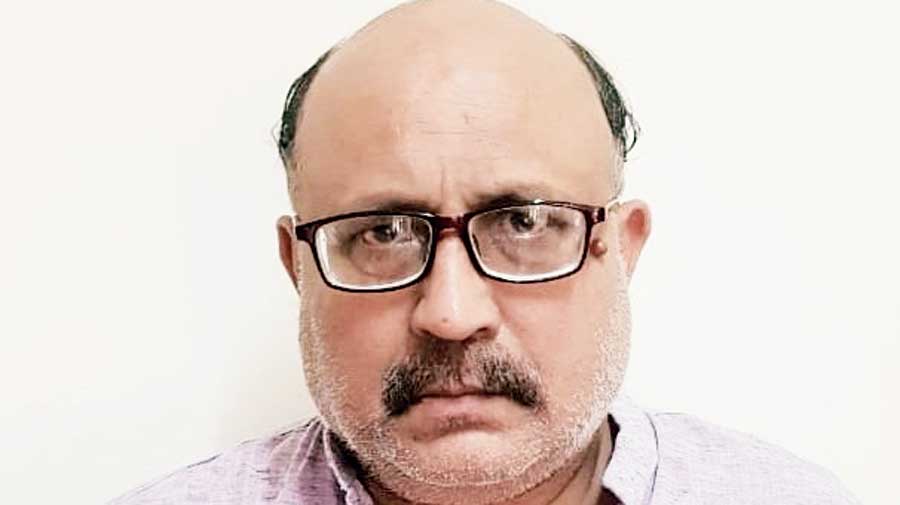 Delhi police have arrested a freelance journalist — who was once an admirer of national security adviser Ajit Doval — a Chinese woman and a Nepali man on the charge of espionage but are yet to reveal who in the establishment had leaked the purported sensitive information at a time when Prime Minister Narendra Modi had consolidated his power at the Centre.

Rajeev Sharma, 61, who had written about his proximity to Doval and was associated with a Delhi-based Right-wing think tank, was arrested on Monday on the charge of passing on “classified defence information” to China.

On Saturday evening, Prashant Pratap Singh, Congress national media coordinator, uploaded a video clip that shows an excerpt from an interview in which a senior journalist is seen introducing Sharma, among other career high points, as someone who “has worked with NSA Doval in the Vivekananda International Foundation for some time”.

The officer said Sharma, a strategy and foreign relations analyst, used to write a weekly column for China’s communist party-owned newspaper Global Times between 2010 and 2014. He was allegedly induced into espionage by Chinese intelligence operatives who invited him to China for an interview with a media company and paid for the entire trip.

Sharma wrote an article for Global Times this month too, advocating peace on the India-China border.

They were supplying Sharma with “huge amounts of money routed through hawala channels to convey sensitive information to Chinese intelligence”, the officer said.

DCP Yadav’s statement gave several specific details but did not mention how the information got leaked from the government and whether anyone in the administration had been held accountable.

“If the police claims are true, the investigators need to go after the government officials who were providing Sharma with classified documents. The rot must run deep,” a retired Intelligence Bureau director said.

All three accused have been charged under the Official Secrets Act. “A large number of mobile phones, laptops and other incriminating and sensitive material have been recovered from them,” Yadav said.

He said Sharma had been arrested on a tip-off from the intelligence agencies. On Tuesday, a court sent the journalist to six days’ police custody. His bail application will be heard on September 22.

Sharma had in the past worked for the news agency UNI, The Tribune newspaper and the Pune-based Sakal Times.

Soon after Doval’s appointment as national security adviser in 2014, Sharma had written an article for the web news portal Firstpost in which he mentioned his "thousands of interactions with Doval".

"Having known Doval from close quarters for such a long time and having interacted closely with top intelligence honchos of India in the past quarter century, I can say one thing with a very high degree of confidence. Doval is the best NSA India could have ever got," he wrote.

Last year, Sharma had been among people who had expressed fear that their phones may be under surveillance through the Israeli Pegasus spyware. He had claimed to have received a WhatsApp message from a Canada-based NGO warning him about it.

"He was once very closely associated with a Delhi-based Right-wing think tank and was a regular visitor there. It seems he has fallen out of favour now," a journalist said.

On the day of his arrest, one of the two videos uploaded by Sharma on Twitter was accompanied by a tweet that said: "The state of Indian media today is pathetic. It was supposed to be a watchdog. Instead, it has become a lapdog of the government."

The other was an eight-minute clip titled "China may still do mischief #India ChinaFaceOff".

Sharma's accompanying tweet said: "The road to peace in eastern Ladakh is still heavily mined and India cannot trust China despite the two countries having mutually agreed to a five-point plan last week in Moscow to disengage and de-escalate. China can still do mischief."

Since Friday night, attempts to access Sharma's Twitter account, which has 5,446 followers, has been throwing up a notification that says: "Caution: The account is temporarily restricted. You are seeing this warning because there has been some unusual activity from this account. Do you still want to view it?"

DCP Yadav's statement said that Sharma had during the interrogation revealed he had procured sensitive information and passed these on to his Kunming-based Chinese handlers, "Michel" and "George", using various digital platforms.

The DCP said Sharma used to meet his handlers in China and the Maldives. "He has disclosed he was about to send (more) secret documents to his handlers."

Yadav described how Sharma allegedly fell into the clutches of the Chinese.

"Observing his (Global Times) articles, one Chinese intelligence agent named Michel from Kunming contacted Sharma through his LinkedIn account and invited him to Kunming for an interview with a Chinese media company," he said.

Michel funded the entire trip, during which Michel and his junior Xou asked Sharma for secret information on various aspects of India-China relations, Yadav said.

"Between 2016 and 2018, Sharma was in contact with Michel and was tasked to provide information/ inputs on issues like Indian deployment on Bhutan-Sikkim-China tri-junction including Doklam, the pattern of India-Myanmar military cooperation, India-China boundary issue, etc," Yadav said.

In January 2019, Sharma came in contact with another Kunming-based operative, George, who sought information relating to the Dalai Lama, Yadav's statement said.

"For this Sharma was offered $500 per article/ information. Sharma received Rs 30 lakh from George in about 10 instalments from January 2019 to September 2020 in exchange for information provided by him," it said.

On September 7, Sharma had written an article for Global Times, titled "A rapprochement road map for Beijing and New Delhi benefits both countries".

In the article, he had highlighted that the two countries "have been engaged in a dangerous military standoff… which could wreck their economies and many precious things if the situation is not amicably eased".

"The steady deterioration of bilateral relations since the night of May 5, when the latest standoff began, has practically evaporated all the diplomatic gains of the past years in one stroke. The current crisis is the biggest threat to normal ties between the two sides since 1962," he wrote.

"It's a lose-lose situation for both. Their common objective must be to build a better and peaceful future for their people and not a military build-up against one another."

Sharma added: "China should keep in mind that Indian Prime Minister Narendra Modi won his second successive general election in May 2019 solely on nationalistic fervour, even though Modi's critics at home or abroad have dubbed his brand of nationalism as jingoism. Modi can ramp up domestic and international political discourse with his biggest weapon: nationalism."

The Press Club of India expressed outrage over the arrest of Sharma under the Official Secrets Act (OSA), pointing to the "dubious track record" of Delhi police's special cell in selectively framing journalists.

"We are astounded to hear of the arrest of Rajeev Sharma, a well-known independent journalist of long standing and a member of the Press Club of India. This is on account of the dubious track record of the Special Branch. More generally also, the record of Delhi police is hardly a shining one," the PCI said in a statement.

It said "on the basis of the statement of the police released to the media, we have no hesitation in saying that the police action is high-handed, and may be inspired by obscure or questionable considerations".

The PCI also pointed out that Delhi police's special cell had been making "preposterous" arrests under the UAPA in connection with the anti-CAA protests.

It said he wrote "on strategic affairs and may well have accessed routinely over-classified information on the Internet that is in the public domain".