Chief Justice of India bats for space for Opposition 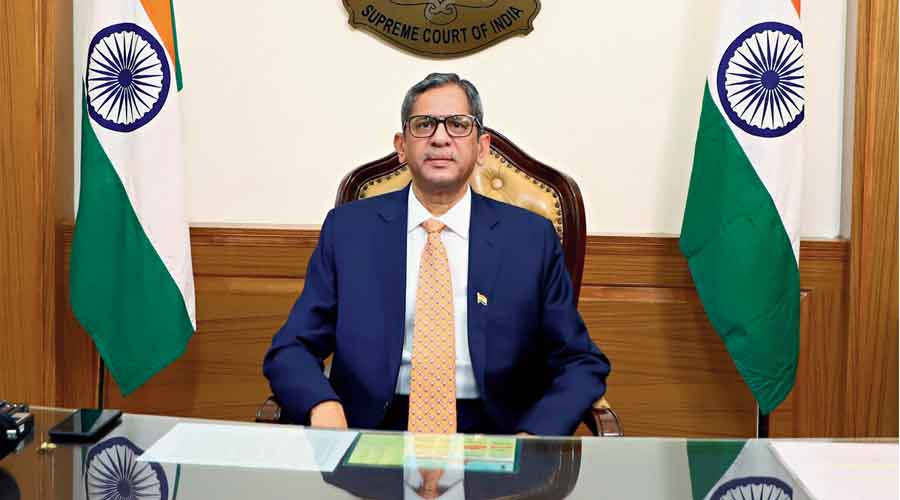 Chief Justice of India N.V. Ramana on Saturday regretted that “the space for (the) Opposition is diminishing” in the country and “laws (are) being passed without detailed deliberation and scrutiny”, often leaving their intent unclear.

His comments come amid longstanding complaints from the Opposition about the government preventing debate in the House and railroading legislation, such as the three farm laws it eventually had to revoke under pressure.

“Strengthening parliamentary democracy demands strengthening the Opposition as well. We have a form of government where the executive, both political and permanent, is accountable to the legislature. Accountability forms the core principle of democracy,” he said.

“I have on several occasions highlighted the significance of parliamentary debates and parliamentary committees. In fact, I used to look forward to the legislative debates. Particularly, the leaders in the Opposition used to play a stellar role. There used to be a lot of mutual respect between the government and the Opposition.

“Unfortunately, the space for Opposition is diminishing. We are witnessing laws being passed without detailed deliberation and scrutiny. In the absence of a thorough debate involving all the sides of the House, as a judge at times I wonder as to how does one trace the legislative intent behind the enactments?”

Justice Ramana was addressing an event titled “Seventy-five years of parliamentary democracy”, organised by the Rajasthan branch of the Commonwealth Parliamentary Association at Jaipur.

“Instead of engaging in meaningful debates for furthering democracy, politics has become acrimonious. The diversity of opinion enriches polity and society,” the Chief Justice said.

“Political opposition should not translate into hostility, which we are sadly witnessing these days. These are not signs of a healthy democracy. (A) strong, vibrant and active Opposition helps improve the governance and corrects the functioning of the government.

“In an ideal world, it is the cooperative functioning of the government and the Opposition which will lead to a progressive democracy. After all, Project Democracy is a joint effort of all the stakeholders.”

Justice Ramana said the country was witnessing a decline in the quality of legislative performance. He referred to criticism of the legislature’s reduced number of sittings and under-utilisation of its potential.

“Yes, the Constitution does not specify the minimum number of days for which the state Assembly must meet every year. However, there is no doubt that the citizens will definitely get benefited by longer engagements,” he said.

“Being charismatic leaders, you (lawmakers) enjoy public support in your own right. You have the power to shape public opinions and bring progressive social changes through public mobilisation.

“In a world as divided as ours, it is you and you alone who can hold society together. Building a peaceful and inclusive society is not just a matter of public administration but also a duty of a statesman. You are a reflection of the people’s aspirations. Let the morality of the Constitution guide you in the right direction. After all, you are all role models.”

Justice Ramana said that in a modern democracy, the people expect the court to stand as a counterweight to legislative and executive excess. This gains in importance whenever the Opposition goes missing in action, he said.

He attributed the success of India’s “relatively nascent democracy” largely to people’s faith and participation in the system.

“In these 75 years, no doubt we have achieved a lot. But the sad reality is that a vast (proportion) of our people still don’t have access to dignified living,” he said.

“Poverty, illiteracy, discrimination and intolerance are social realities. People continue to look for someone to relieve them from their daily sufferings. This duty to fulfil constitutional aspirations falls on all the three organs: the judiciary, executive and legislature.”