The suspected case of fratricide took place at around 3.25am in the camp of the force's 50th battalion in Lingalapalli village 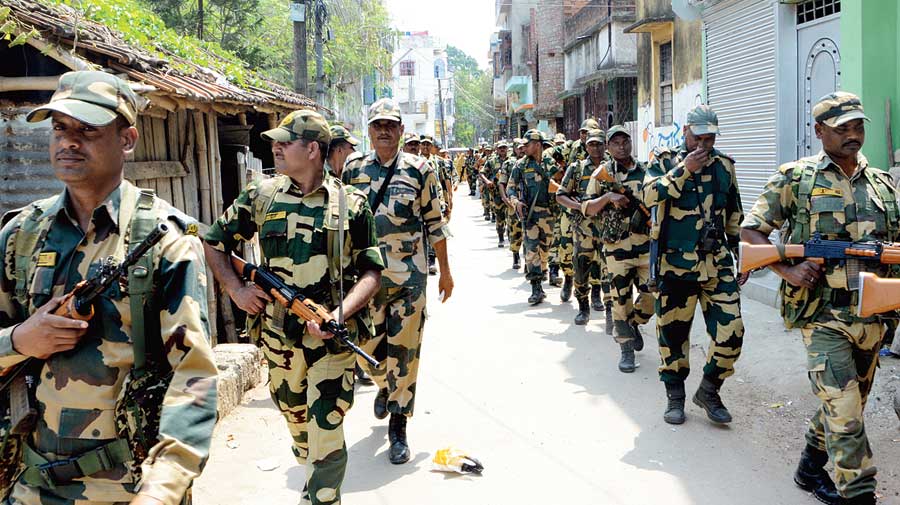 Four CRPF troopers were killed and three injured after one of their colleagues opened fire at them in a suspected case of fratricide at the paramilitary force’s camp in Chhattisgarh’s Sukma district early on Monday.

The incident took place at around 3.25am in the camp of CRPF’s 50th battalion in Lingalapalli village, around 400km from state capital Raipur.

Sources said a CRPF jawan identified as Reetesh Ranjan fired shots at his colleagues with his AK-47 service rifle. All the seven personnel who sustained bullet injuries were taken to a government hospital where four of them were declared brought dead.

“Prima facie it seems that due to some emotional stress leading to sudden psychological disbalance constable Reetesh Ranjan lost his control and in a fit of rage opened fire on his colleagues,” the CRPF spokesperson said in a statement.

He said senior CRPF officers, including the DIG and Commandant of the unit, had reached the incident spot. “Senior officers from Raipur have also rushed to the spot. All the injured are being provided requisite medical care and evacuation of the injured in need of better medical care has been tied up.”

The local police, he said, have begun investigation into the case and all legal actions will follow.

The CRPF has ordered a court of inquiry into the incident to ascertain its cause and suggest remedial measures.

A CRPF official in Delhi said there was a fight between Ranjan and his colleagues in the days preceding the firing.

“It is a very shocking incident and we have lost four of our soldiers. There were no complaints against Ranjan in the past. Probably there were some issues in his family or other personal reasons that led to this fratricide. A detailed investigation will bring out the exact cause behind the firing,” he said.

Reetesh was apprehended immediately after the incident and was being interrogated to ascertain the motive behind the firing.

Dhanji and Yadav hailed from Bihar, Rajib Mondal from Bengal while the details about Dharmendra Kumar are not yet clear. (See Page 5)

Dhananjay Kumar Singh, Dharmatma Kumar and Malaya Ranjan Maharana suffered bullet injuries and are being treated at the hospital where their condition is said to be stable.

A former director-general of Border Security Force said the Indian Institute of Management, Ahmedabad, had in the past highlighted the service conditions in the paramilitary forces and cited several reasons, including slow promotions, salary mismatches, too much work, separation from family and continuous “hard” postings leading to stress among the jawans.

“Stress, denial of leave, long separation from families and sometimes humiliation by senior officials and colleagues lead to violent behaviour among jawans,” he told The Telegraph.