The prime minister should lend his support rather than finding fault with the chief minister: Senior Congress leader 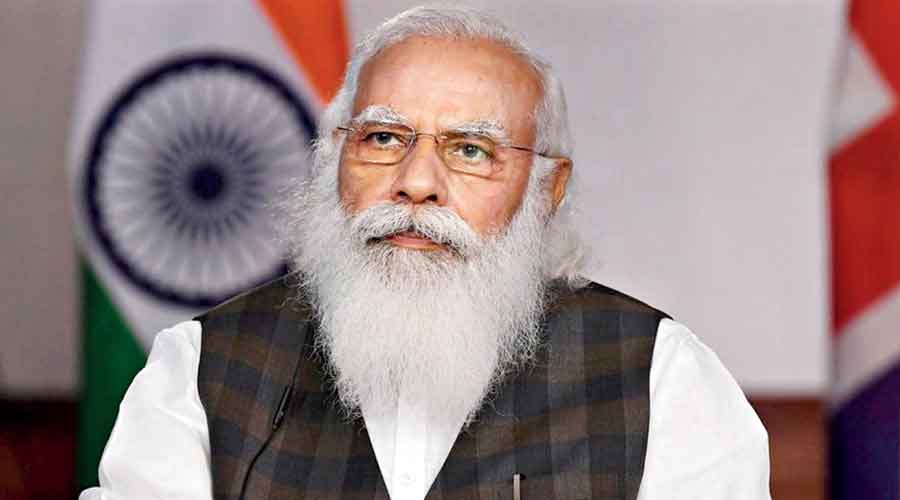 Former Union minister M Veerappa Moily on Sunday said that relations between the Centre and states have become "more strained" under the Narendra Modi government and urged the prime minister to revive the Planning Commission to strengthen cooperative federalism.

He also called for a meeting of the National Integration Council, which finds ways and means to combat the evils of communalism, casteism, regionalism and linguism.

In an interview to PTI-Bhasha, the senior Congress leader hit out at Modi, saying in a democracy, one man's thinking cannot replace national thinking. The union government needs to collaborate with state governments rather than behaving like a big brother , he said.

Describing the Centre's decision to recall West Bengal Chief Secretary Alapan Bandyopadhyay as an assault on federalism , he said such actions would only create friction.

The union government should not act as a big brother. This is not pleasant. Just because there is some misunderstanding, you cannot just recall the chief secretary. This is not a good development. This is an assault on federalism, the former Karnataka chief minister said.

Referring to the row over Modi's meeting with West Bengal Chief Minister Mamata Banerjee in the wake of cyclone Yaas, Moily said one should not politicise the issue when the state is in distress.

The prime minister should lend his support rather than finding fault with the chief minister, he said.

Moily, the former head of the Administrative Reforms Commission (ARS), claimed that the Centre's relationship with states has become more strained , especially after Modi took the reins in 2014, and slammed the Union government for doing politics even during times of a pandemic and calamities.

The Congress or the UPA (United Progressive Alliance) never used to politicise such issues. They never used to bring politics into it. But now politics has started in everything. Introspections will have to be made by the prime minister himself," the Congress leader said.

They should not act as big brother. They will have to cooperate and collaborate with state governments, he said. The former union minister said that the Centre cannot distinguish between citizens, and any such practice would be a dangerous trend for the unity and integrity.

It will ultimately affect the unity of the country, he said.

Moily said it is high time that the prime minister convenes a meeting of the NIC.

Such a concept has been forgotten. The NIC meetings used to be very important and its proceedings used to bind all the states together. It is the best method to unite and strengthen federalism, which has to be revived, he said.

Calling the NITI Aayog a department of the government, Moily said that the concept of Planning Commission was best .

Planning Commission was there for financial integration which used to enjoy a lot of autonomy. The planning commission concept was best and it had served the country. It will have to be revived, he said adding it was high-time that the prime minister rethink on all these things which he has held up. Stressing on the need for implementation of recommendations of the second Administrative Reforms Commission, Moily said as its chairman, he had given 15 reforms on various aspects, including disaster management, but the Union government has just forgotten it. One unfortunate aspect of this Modi government after 2014 is that they don't have institutional memory which the Congress party had. The nation needs institutional memory, not political memory. The 15 reports given on various aspects should be looked back again and they will have to be implemented, he said. The Congress leader said all these anarchies and confusions are because one person likes to control everything. One man's thinking will not be national thinking, national thinking should be the thinking of the PM, he said hitting out at the Centre and added that after all, states should have enough and sufficient autonomy which can't be taken away on everything.