Non-Muslims from 13 districts of India to apply for citizenship

The Union home ministry issued a notification for immediate implementation of the order under the Citizenship Act, 1955 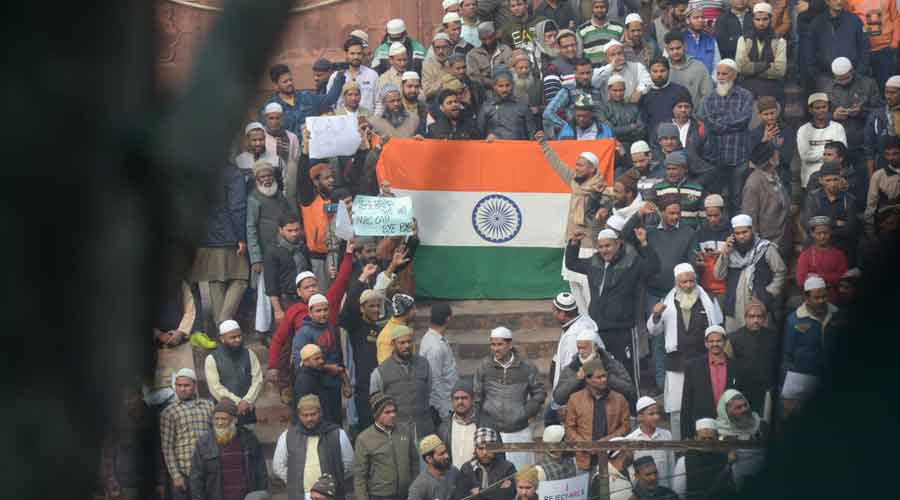 According to the CAA, Indian citizenship will be given to non-Muslim persecuted minorities from Bangladesh, Pakistan and Afghanistan belonging to the Hindu, Sikh, Jain, Buddhist, Parsi and Christian communities who came to India before December 31, 2014
Shutterstock
PTI   |   New Delhi   |   Published 29.05.21, 01:49 AM

The Centre on Friday invited non-Muslims from Afghanistan, Bangladesh and Pakistan who are residing in 13 districts of Gujarat, Rajasthan, Chhattisgarh, Haryana and Punjab to apply for Indian citizenship.

The Union home ministry issued a notification for immediate implementation of the order under the Citizenship Act, 1955, and the rules framed under the law in 2009.

The rules under the Citizenship Amendment Act (CAA) enacted in 2019 are yet to be framed. The enactment of the CAA had triggered widespread protests across the country because it tied citizenship to religion.

The CAA proposed to fast-track Indian citizenship to persecuted minorities from Bangladesh, Pakistan and Afghanistan belonging to the Hindu, Sikh, Jain, Buddhist, Parsi and Christian communities who came to India before December 31, 2014. Critics argued that the law appeared to be aimed at excluding Muslims.

“In exercise of powers conferred under Section 16 of the Citizenship Act, 1955…, the central government hereby directs that powers exercisable by it for registration as citizen of India under Section 5, or for grant of certificate of naturalisation under Section 6 of the Citizenship Act, 1955, in respect of any person belonging to minority community in Afghanistan, Bangladesh and Pakistan namely, Hindus, Sikhs, Buddhists, Jains, Parsis and Christians, residing in the districts mentioned and the states mentioned below....,” the home ministry notification said.

Neither the 1955 law nor the 2009 rules have a provision for religion-based citizenship.

People who are eligible to apply for Indian citizenship under Friday’s notification are those currently living in the districts of Morbi, Rajkot, Patan and Vadodara of Gujarat, Durg and Balodabazar in Chhattisgarh, Jalore, Udaipur, Pali, Barmer and Sirohi in Rajasthan, Faridabad in Haryana and Jalandhar in Punjab.

The collector or the secretary, as the case may be, will make any inquiry necessary for ascertaining the suitability of the applicant and will forward the application online to such agencies for verification and comments as may be required for completing the probe.

The instructions issued by the Centre from time to time shall be strictly complied with by the state or the Union Territory and the district concerned, the notification said.

The comments of the agencies will have to be uploaded online and made accessible to the collector or the secretary, as the case may be, and the central government.

The collector or the secretary, on being satisfied with the suitability of the applicant, will grant the person the citizenship of India by registration or naturalisation and issue a certificate of registration or naturalisation, printed from the online portal and signed by the collector or the secretary in the form prescribed in the 2009 rules, the notification said.

The collector or the secretary shall maintain an online as well as physical register containing the details of the person registered or naturalised as a citizen of India and furnish a copy to the central government within seven days.