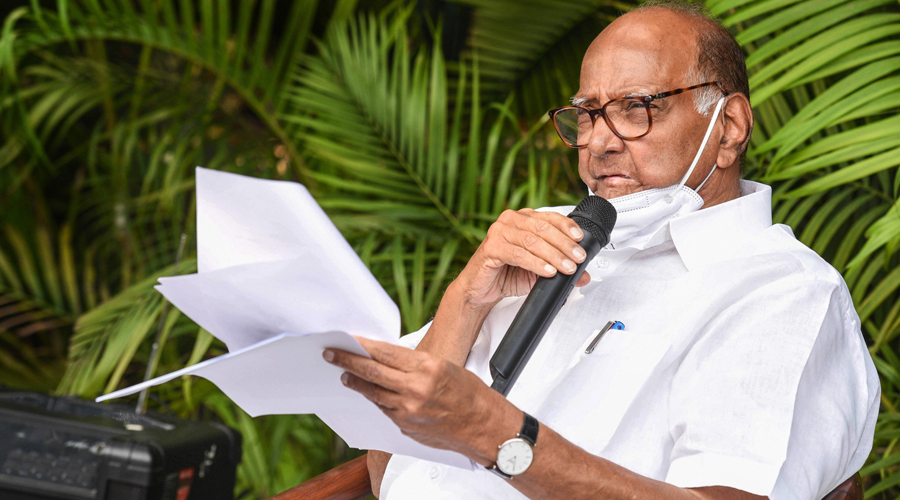 NCP chief Sharad Pawar on Wednesday claimed that central agencies, including the CBI, the Enforcement Directorate and the Narcotics Control Bureau, were being misused to target the opposition.

Referring to the Income Tax department's raids on entities linked to Maharashtra Deputy Chief Minister Ajit Pawar, the NCP president while addressing a press conference here said personnel of the agencies have been conducting raids for the sixth day on Wednesday, which is very unusual.

"Central agencies, including the ED, CBI (Central Bureau of Investigation) and NCB, are being misused," he claimed.

He also said the Mumbai Police's Anti-Narcotics Cell has done a better job than the NCB.

The NCP, which shares power in Maharashtra with the Shiv Sena and Congress, had earlier said it will face the onslaught of central agencies on its leaders and workers will full vigour.

The NCB recently conducted a number of raids, including on some high-profile people.

Apart from the recent drugs bust onboard a cruise liner off the Mumbai coast, that led to the arrest of Bollywood superstar Shah Rukh Khan's son Aryan Khan, the NCB last year investigated a drug case linked to the death of actor Sushant Singh Rajput and several other matters related to narcotics involving high-profile people.