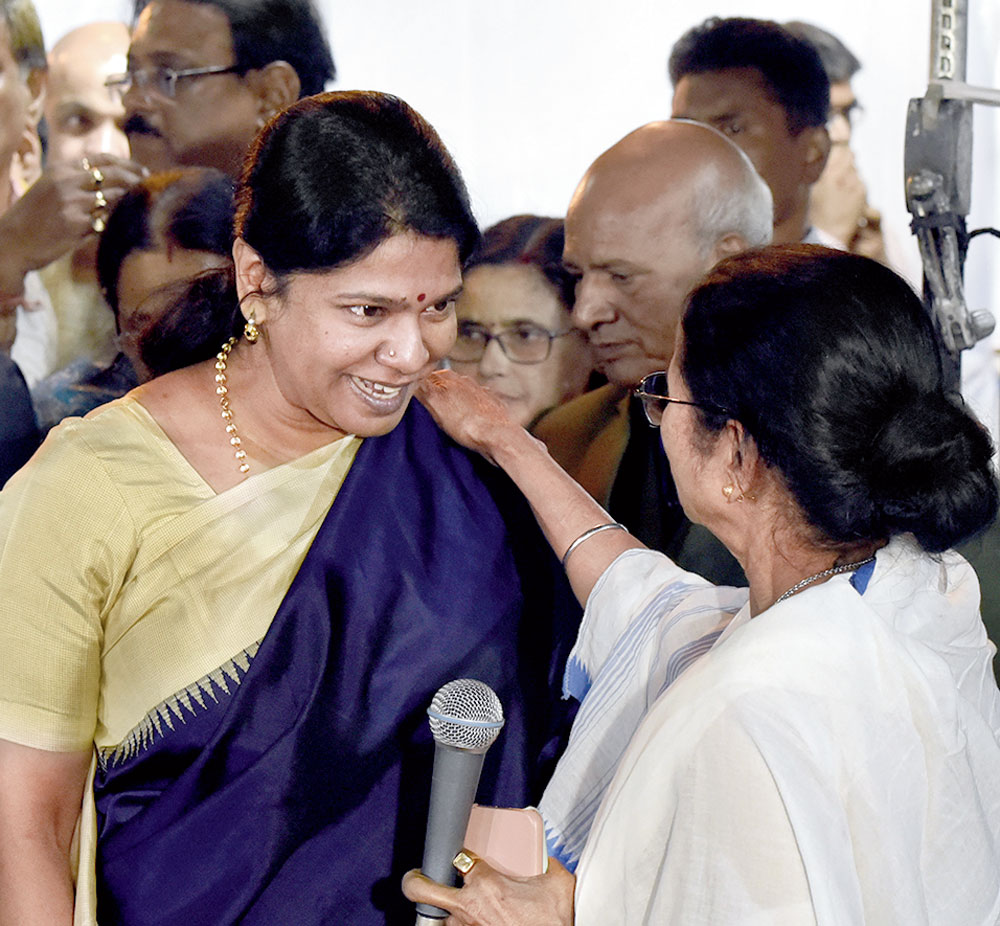 If the CBI crackdown indeed was triggered by the Mahagathbandhan rally spearheaded by Mamata Banerjee on January 19, it has set the stage for a sequel at a new venue.

Opposition leader after Opposition leader has expressed solidarity with Mamata and accused the Centre of letting the CBI loose to settle political scores. The list reads like a virtual who’s who of those who attended the Brigade rally last month.

Not everyone confined themselves to issuing statements. Some travelled long distance to call on Mamata at Metro Channel, where the chief minister is holding a Save India dharna. DMK leader Kanimozhi and the RJD’s Tejashwi Yadav were among those who met Mamata on Monday.

“The BJP is trying to use the central agencies to attack the Opposition in a desperate bid to harm Opposition unity ahead of the general election. If the BJP really does think it can do so with such conspiracies, it is badly mistaken,” said Kanimozhi.

“I am so proud of Mamataji and what she has done here, once again, making the whole nation sit up and pay heed. We are with her and we are all going to remain together in this fight,” she added.

Mamata had said earlier in the day: “I had asked everyone to stand together in this, because this is not for any personal or political gain.”

She added: “This is for a cause that has resonated with everyone. I have been inundated with support from the whole country…. We are all in this to save the country.”

Mamata drew a distinction between the CBI actions earlier and now. “So many of my leaders and MPs were harassed or arrested, did I do this? This is not political. This is a protest to uphold the dignity of the forces, of institutions, of those the BJP is trying to malign and then destroy,” she said.

The chief minister did not appear as belligerent on Monday as she did on Sunday evening. Citing the impending Madhyamik examinations, Mamata said the dharna, which was initially described as indefinite, would be over on February 8.

“She possibly wants to decide on the fate of her movement on the basis of the developments in the Supreme Court,” a party leader said.

Another leader said that irrespective of the legal outcome, Mamata had already achieved the political objective of cornering the BJP, energising the Trinamul ranks ahead of the elections and portraying herself as a leader who could command the attention of the entire country.

Will continue satyagraha till country is saved: Mamata Banerjee