Will continue satyagraha till country is saved: Mamata Banerjee 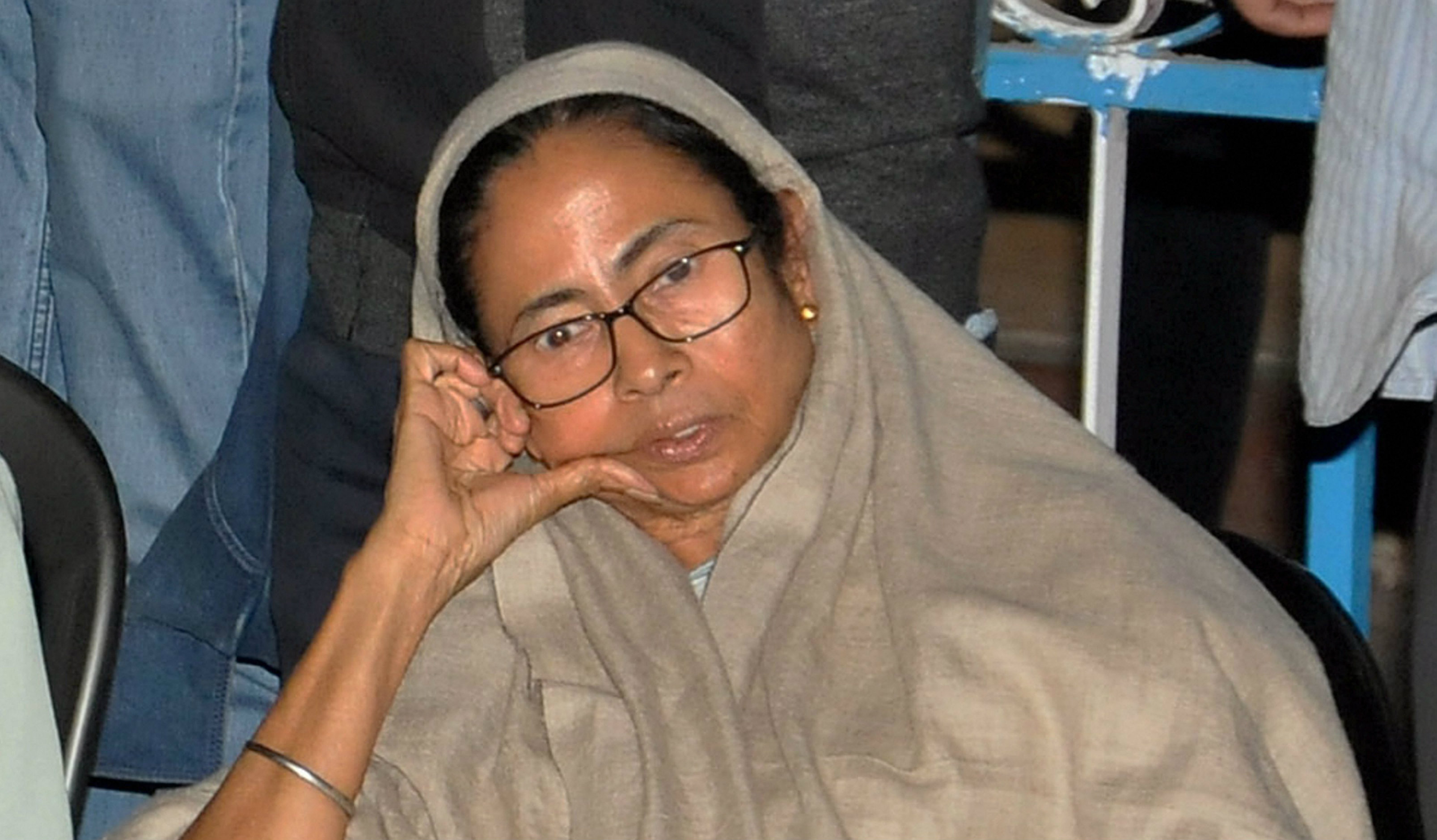 Mamata Banerjee sits on a dharna in Calcutta on Sunday. She alleged that Narendra Modi and Amit Shah want to impose President's rule in states where the Opposition is in power.
PTI
PTI   |   Calcutta   |   Published 04.02.19, 08:08 AM

Bengal chief minister Mamata Banerjee, who is on an indefinite dharna over the CBI's attempt to question Calcutta police commissioner Rajeev Kumar, on Monday said she will continue her 'satyagraha' till the country and its Constitution are 'saved'.

Trinamul Congress activists organised rallies and dharnas in various parts of the state to protest against the BJP-led central government.

Mamata, who began her dharna on Sunday night along with some ministers and party members, skipped meals and remained awake the entire night on a makeshift dais at Metro Channel in the heart of the city.

The Trinamul chief had gone on a 25-day fast at the same spot in December 2006 to protest the land acquisition in Singur by the erstwhile Left Front government to set up a Tata Nano factory.

'This is a satyagraha and I'll continue till the country is saved,' she told reporters present at the protest site.

Asked if any of the leaders would arrive in the city to meet her, Mamata said: 'I've no idea about that. If someone wants to come, we will welcome them. This fight is not by my party. It is for my government'.

The Trinamul chief had said she would not attend the Assembly, where the state budget is scheduled to be placed by finance minister Amit Mitra on Monday. Before that, a cabinet meeting is supposed to be held inside a makeshift room set up behind the stage.

Shouting slogans against the CBI, the Trinamul workers vowed to continue their fight till the Modi government is defeated in the next Lok Sabha polls.

Mamata had directed party leaders to organise protest marches across the state on Monday between 2 pm and 4 pm without inconveniencing people. In Howrah and Hooghly districts, however, Trinamul activists obstructed train movement and put up blockades on the national highway in Bankura district.

Insisting that the spirit of 'Constitution and federalism' has been stifled, Mamata had claimed that the CBI knocked on Kumar’s doors without a search warrant.

One of the prime movers behind the effort to cobble together an anti-BJP alliance ahead of the Lok Sabha polls, the Bengal chief minister alleged that Modi and Shah want to impose President's rule in states where the Opposition is in power.