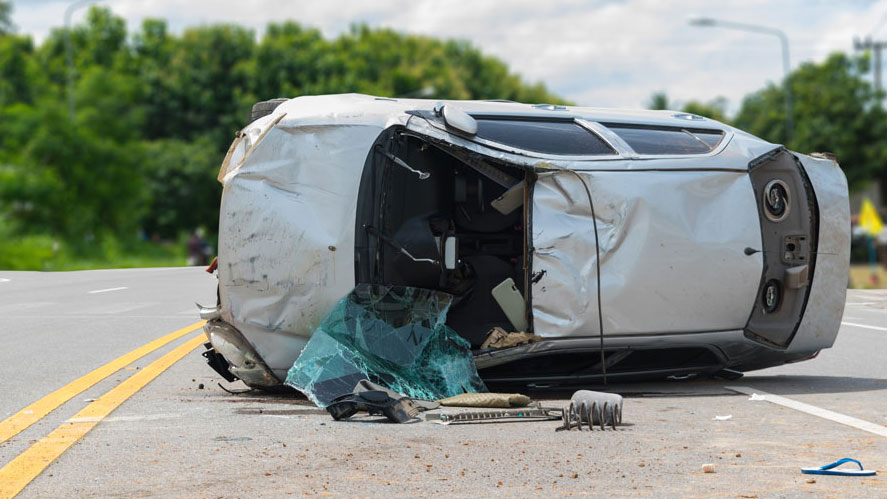 State-owned National Highways Authority of India (NHAI) is planning a cashless treatment facility for road accident victims on all four arms of the Golden Quadrilateral stretch, Parliament was informed on Thursday.

In a written reply to the Lok Sabha, Road Transport and Highways Minister Nitin Gadkari said that the success of the scheme may be assessed only after it is implemented on the ground after the conclusion of the bidding process and on-boarding of the selected insurance company.

"NHAI is planning a cashless treatment facility for the road accident victims, including drivers, passengers, pedestrians/cyclists on identified National Highway stretches between Delhi-Mumbai/ Mumbai-Chennai/ Chennai-Kolkata/ Kolkata-Agra & Agra-Delhi Corridors of the Golden Quadrilateral (NH) for treatment of the bodily injury caused by and arising out of road accident," Gadkari said.

Gadkari said tenders for the cashless treatment facility on all four arms of the Golden Quadrilateral stretch i.e. Delhi-Mumbai, Mumbai-Chennai, Chennai-Kolkata and Kolkata-Delhi have been invited from insurance companies registered with IRDAI. Based on the learnings from the implementation of the pilot scheme, the same may be extended to other National Highways as well, he added. Replying to a separate question, as per policy, NHAI aims to ensure the availability of ambulances on every operating toll plaza under its jurisdiction.

As on date, over 710 ambulances have been deployed across various National Highways under the jurisdiction of NHAI, he added. Replying to another question, the minister said the government has authorized NHAI to set up Infrastructure Investment Trust (InvIT) and monetize completed and operational National Highway projects.

"The monetization of projects under InvIT Bundle-1 was successfully achieved and the concession fee of Rs 7,350.40 crore(including debt of Rs 2,000 crore availed by concessionaire) was received by NHAI," he said.