Case against CAA protesters in Mumbai

The police are also issuing notices to these protesters 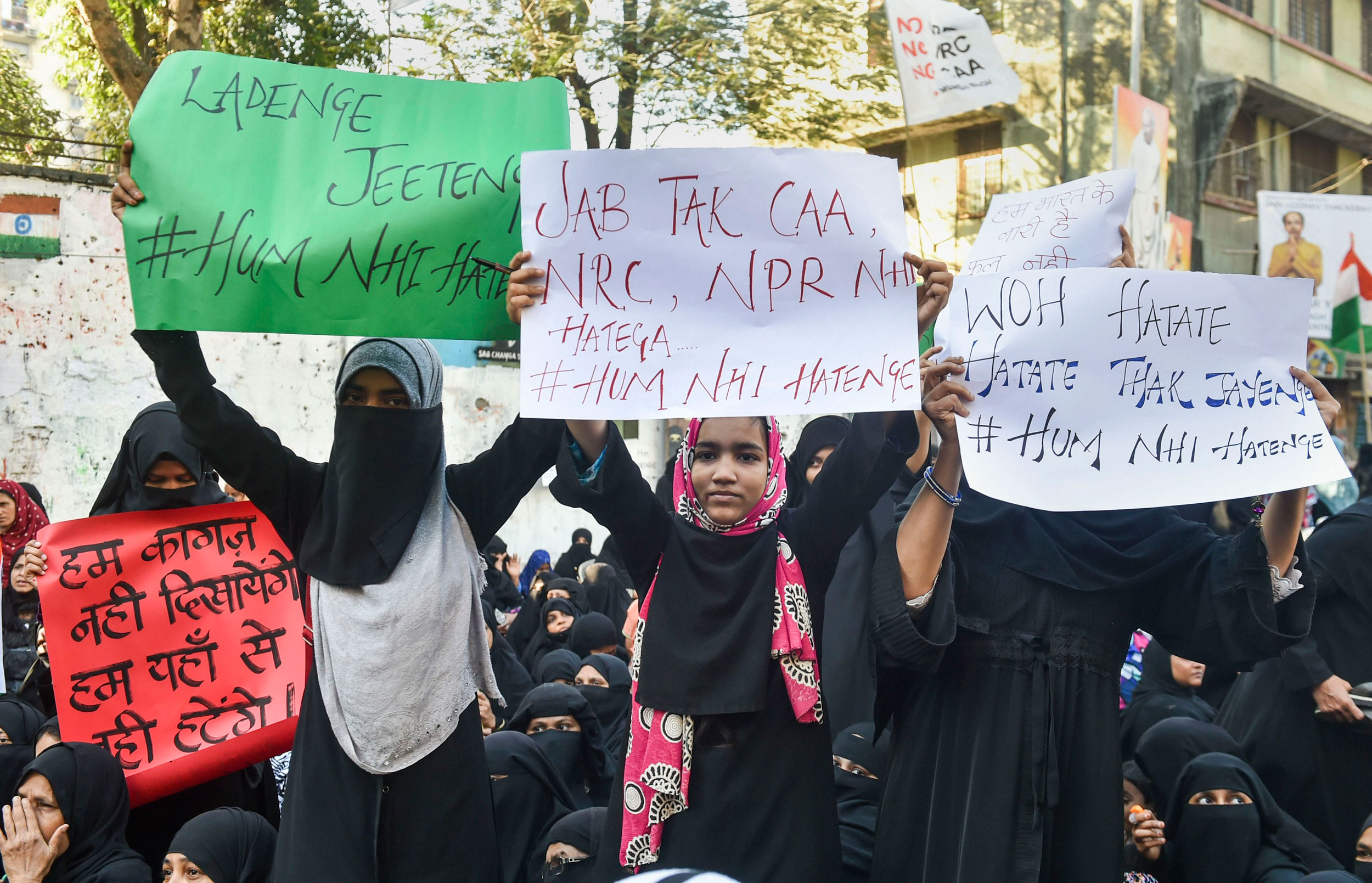 A case has been registered against the organisers and around 300 women protesters who are on a sit-in against the Citizenship (Amendment) Act and the proposed National Register of Citizens in the Nagpada area here since January 26, police said.

The police are also issuing notices to these protesters, an officer said on Saturday.

An assistant commissioner of the Brihanmumbai Municipal Corporation (BMC) lodged a complaint at Nagpada police station in central Mumbai on Friday evening. It stated that the civic body could not carry out construction work on Morland Road as the protesters had set up a stage and put chairs on the road and also obstructed traffic, the police officer said.

Nagpada police registered a case under IPC Sections 341 (wrongful restraint) and 34 (acts done by several persons in furtherance of common intention) as well as under relevant sections of the BMC Act, the officer added.

The women’s protest, on the lines of the ongoing sit-in at Shaheen Bagh in Delhi, is underway on Morland Road since Republic Day. It is also attracting activists from other parts of the city as well as the country, celebrities and others.

Normal traffic on the road has stopped for the last two weeks, the police officer said.

After registering the offence, the police are noting down names and addresses of participants and have issued notices under Section 149 of the Criminal Procedure Code to 16 people, including women, warning them not to violate the law.

The section empowers the police to take action to prevent a crime.

Some protesters have refused to accept notices, the officer said.

The police also took a “bond of tranquillity” from activist Feroz Mithiborwala who was at the protest, he said.

“We are doing all this for the safety and security of the people who are protesting and to maintain law and order,” the officer said, adding that the protesters should cooperate with the police.

“If any individual disobeys the orders, does not cooperate or argues with the police personnel doing their duty, we will register a case against him or her,” he added.

The police were video-recording the protest, the officer said.

Two days ago, a photojournalist covering the protest was allegedly roughed up by two cops. The state government has ordered an inquiry.