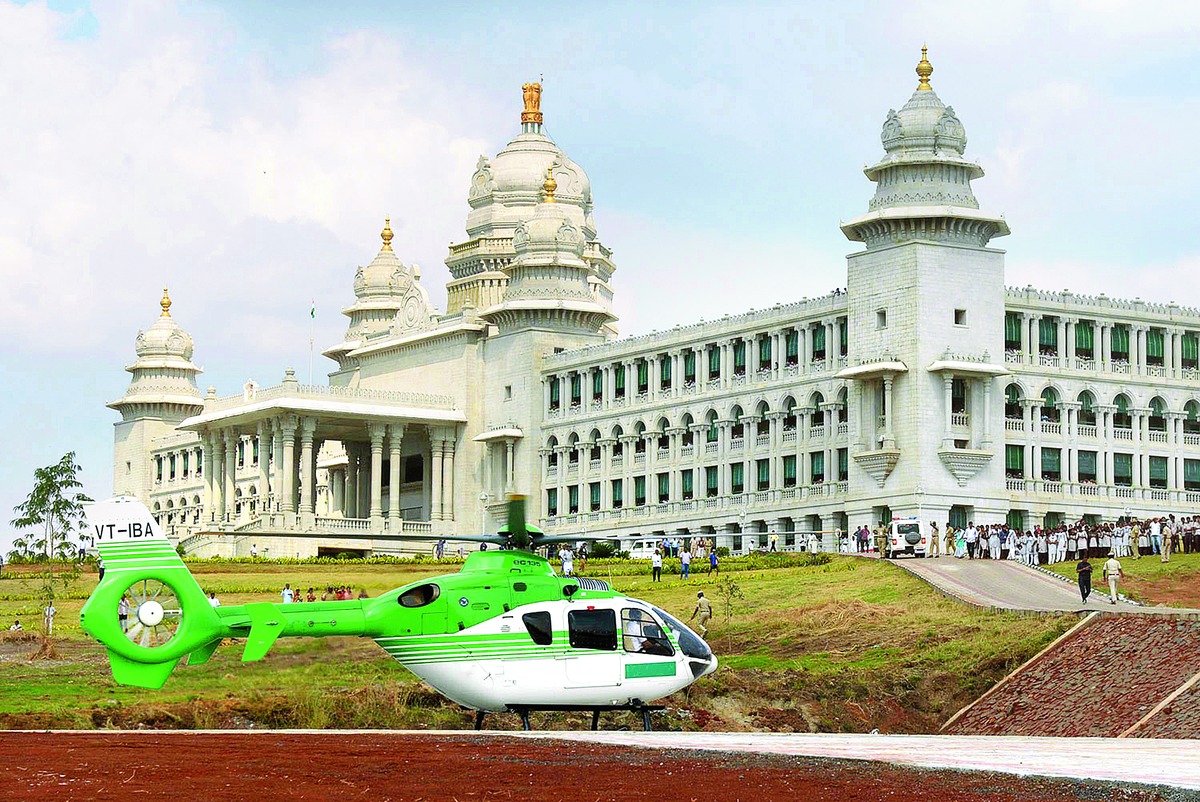 Bangalore: Karnataka chief minister H.D. Kumaraswamy is planning to declare Belgaum as the second state capital and move some key departments to it as part of a larger initiative to quell simmering discontent that has led to demands for a separate state in the northern Lingayat belt.

The chief minister has promised groups seeking a separate North Karnataka state that he planned to relocate water-related departments like Krishna Jala Bhagya Nigama and Karnataka Neeravari Nigama to address shortage in the north and move the Upa Lokayukta and three information commissioners to Belgaum.

All of them would be located at Suvarna Vidhana Soudha, a replica of the Vidhana Soudha in Bangalore, so that people from the 13 northern districts need not travel 500km to the state capital for administrative work. Opened in 2012, the only activity on its calendar is the 10-day winter session.

Sources privy to Kumaraswamy's meeting with members of the Uttara Karnataka Pratyeka Rajya Horata Samiti said that the chief minister was "very receptive" to the demands and promised to address their grievances without any delay.

"The chief minister promised to tour each of the 13 districts in the north to hear firsthand from the people," the official told The Telegraph.

While disparities between the north and south have always been an issue, it was the lack of proper representation in the cabinet and Kumaraswamy's recent statements that triggered the latest movement for a separate state.

At a public meeting in Channapatna in the Vokkaliga belt near Bangalore, Kumaraswamy had said that people from southern districts voted for him while those from north didn't. "While voting, they remembered their caste and money," he had said in an indirect reference to Lingayat farmers in the north.

The Congress stands to suffer a setback in the north if Kumaraswamy fails to calm the protesters seeking a separate state. As the main rival to the BJP in the northern districts, essentially the Lingayat belt, the Congress has been eyeing at least six seats in the 2019 Lok Sabha elections from there alone.

"We don't want to be identified with what Kumaraswamy is saying. He has nothing to lose in the north whereas we are the main challengers to the BJP," said a state Congress functionary.

Much to chagrin of his larger alliance partner, Kumaraswamy has also told the protesters that it was he who decided to accord the second capital status to Belgaum during his first stint as chief minister in 2006 and blamed subsequent governments for not implementing it.

"He shouldn't be saying such things as we as the coalition partners need to maintain some etiquette by not flinging charges against each other," said the Congress office bearer.

But he appreciated Kumaraswamy's decision to accord the second capital status to Belgaum.

Somashekar Kotambari, president of the Karnataka Pratyeka Rajya Horata Samiti, who met the chief minister on Tuesday said the northern region had been demanding infrastructure and better irrigation cover for decades.

"We are rich in natural resources and vast cultivable land but still remain backward than the most backward in the southern districts and a lot of youngsters are forced to migrate to Bangalore seeking jobs," Kotambari told reporters. He wanted the state to form a panel to study the feasibility of a separate northern state and seek the Centre's approval.