Apart from addressing regional and community aspirations, the focus has been on bringing in highly qualified members with experience of administration in states 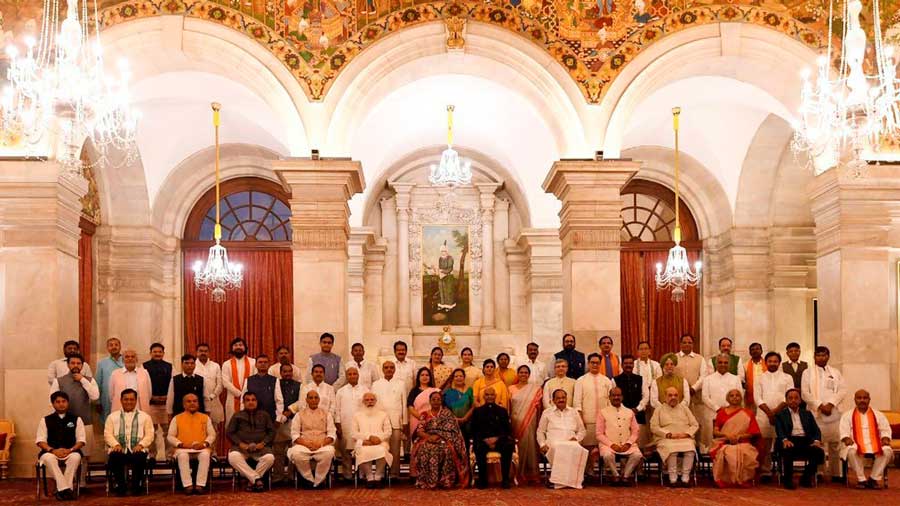 Among the 36 new faces in Prime Minister Narendra Modi's council of ministers, eight are lawyers, four are doctors, two are former IAS officers and four MBA degree holders, besides several engineers, making it an eclectic mix of professionals.

Apart from addressing regional and community aspirations, the focus it seems has been on bringing in highly qualified members and those with experience of administration in states in an effort to reboot the government midway in its term.

Ashwini Vaishnaw, who has been given charge of the Railways Ministry besides Communication and Electronics and Information Technology, is a former IAS officer of the 1994 batch.

The 50-year-old Rajya Sabha MP for Odisha also has an MBA from Wharton School, Pennysylvania University and MTech from IIT Kanpur.

During his tenure, he handled important responsibilities for over 15 years and was particularly known for his contribution to the PPP framework in infrastructure.

He has held leadership roles across major global companies such as General Electric and Siemens.

Among the new faces with management skills is former Congress leader and now BJP Rajya Sabha MP Jyotiraditya M Scindia who is serving his fifth term as a parliamentarian.

He has been allocated Civil Aviation portfolio, which was once held by his father Madhavrao Scindia.

Rajeev Chandrasekhar, a Rajya Sabha MP for Karnataka who is serving his third term, has an MTech in Computer Science from Illinois Institute of Technology, along with Advanced Management Program from Harvard University.

Another IAS officer who has made it to the council of ministers is Ramchandra Prasad Singh, a Rajya Sabha MP for Bihar serving his second term as MP. He is the new Steel minister

An alumnus of the Jawaharlal Nehru University, Singh is a retired IAS officer of the 1984 batch, having served over 25 years across various capacities and domains.

He holds an MA in International Relations.

Subhas Sarkar, a first-time Lok Sabha MP for Bankura in West Bengal is a gynaecologist and board member of AIIMS Kalyani. He holds an MBBS degree from Calcutta University.

Another doctor in the fold with expertise in multiple fields of medicine, Bhagwat Kishanrao Karad is a Rajya Sabha MP for Maharashtra, serving his first term as MP.

With a three-decade-long career as a cardiologist and professor of medicine in Gujarat, Munjapara Mahendrabhai, a Lok Sabha MP for Surendranagar, will join Modi's council of ministers as a first time MP. He holds an MD in General Medicine and Therapeutics.

Another first-time MP, Bharati Pravin Pawar from Dindori in Maharashtra was a medical practitioner before joining politics.

She holds an MBBS degree in Surgery from NDMVPS Medical College, Nashik.

Legal eagles seem to dominate the group of newcomers with as many as eight having LLB degrees. These include Meenakshi Lekhi, a Lok Sabha MP for New Delhi who is still practising in Supreme Court.

Sarbananda Sonowal, a two Lok Sabha MP from Assam who served as its chief minister from 2016-21, has an LLB from Guwahati University.

He will be the new Ports and Shipping minister besides holding charge of AYUSH Ministry.

He holds an LLM and Ph.D. in law from Madras University.

The others with law degrees include Bhupender Yadav, a Rajya Sabha MP for Rajasthan, serving his second term.

Known for his leadership across many Parliamentary Committees, Yadav, before beginning his political career, was an advocate in the Supreme Court and also served as government counsel for important Commissions.

He has an LLB from Government College, Ajmer Rajasthan.