Aftab was thrashed and stabbed with a sharp object, police said, but the exact time of the attack is unclear 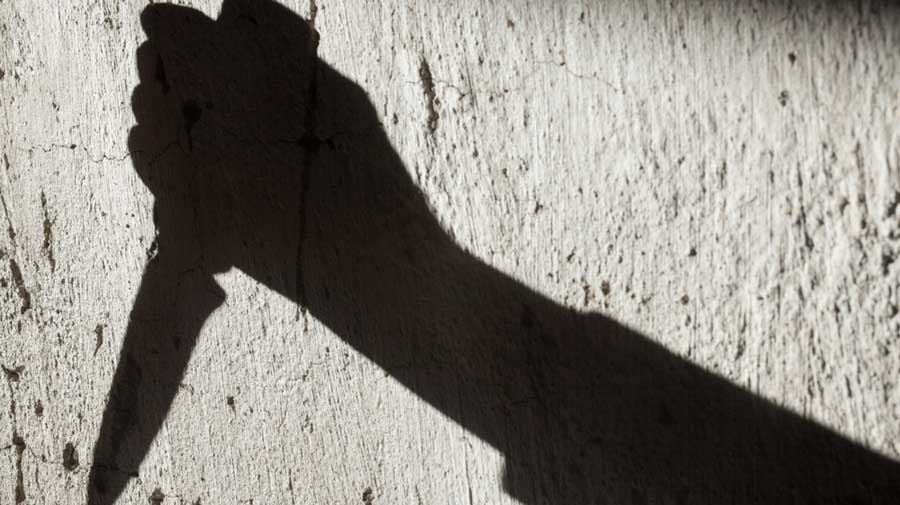 His body was found in the stationary cab near Badalpur village in Greater Noida around midnight, while the 41-minute audio was recorded sometime between 8pm and 9pm till Aftab’s mobile battery ran out.
Shutterstock
Piyush Srivastava   |   Lucknow   |   Published 09.09.20, 01:59 AM

A cab driver from Delhi was murdered in his taxi on a Greater Noida highway on Sunday night, his family alleging his passengers had asked him to chant “Jai Shri Ram” but the police had kept this out of the FIR.

Mohammed Shabir, son of victim Aftab Alam, 42, said he had recorded the conversation between his father and the passengers when Aftab called him briefly but did not disconnect the phone.

“We didn’t mention this (the religious angle) in the FIR because the (Greater Noida) police said we could add this during further investigations,” Shabir told reporters.

“We wrote only what the police asked us to — that some people had killed him and taken his money and mobile.”

Harish Chandra, deputy commissioner of police, central Noida zone, said the police had heard the audio recording. He claimed the passengers had quarrelled with Aftab over the taxi fare and asked a roadside vendor, not the cabbie, to chant “Jai Shri Ram”.

Aftab was thrashed and stabbed with a sharp object, the police said, but the exact time of the attack is unclear. His body was found in the stationary cab near Badalpur village in Greater Noida around midnight, while the 41-minute audio was recorded sometime between 8pm and 9pm till Aftab’s mobile battery ran out.

Deepak Kumar, a sub-inspector with Badalpur police station, said the police had recovered images of Aftab’s three passengers from CCTV footage from the nearby Luharli toll booth.

Deepak said the footage showed the three male passengers refusing to pay the toll and shouting they were residents of the locality.

Shabir said: “Father had called me to recharge his FASTag account (from which toll can be paid electronically) and then put the phone in his pocket without disconnecting the call. I recorded the conversation, which shows the killers asking him to chant ‘Jai Sri Ram’.”

He added: “They had initiated a discussion on religion with him and offered him liquor.”

Mohammad Tabrez, a relative of Aftab, said: “Aftab would never stop the cab on the highway at night for strangers. This means these people had forced him to stop. He must have sensed trouble and that’s why didn’t disconnect the phone — he wanted us to hear the conversation.”

A woman had rented Aftab’s cab from Gurgaon in Haryana at 3pm on Sunday. He dropped her at Bulandshahr, 125km away, around 7pm and was returning to Delhi, where he lived in the Trilokpuri area, when the three suspects boarded his cab.

The cab reached the Luharli toll booth at 7.57pm, just about 5km from Badalpur, implying it was mostly stationary while the recorded conversation between the passengers and Aftab was taking place.

The cab was found about 150 metres from a Badalpur hospital, where Aftab was declared dead on arrival.

“Aftab’s body was on the front passenger’s seat, suggesting he was beaten up elsewhere and placed there while one of the passengers drove the cab. Aftab had injury marks on his head, mouth and neck,” sub-inspector Kumar said.

The police have registered a case of robbery and murder.

Ankur Agrawal, additional deputy commissioner of police, said: “Aftab’s mobile is missing but we have some leads and hope to arrest the killers soon.”