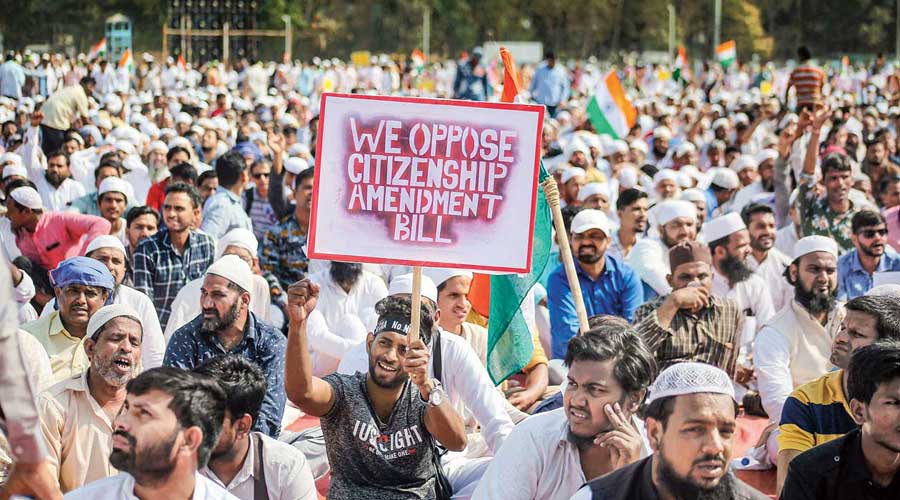 The Union home ministry told Parliament on Tuesday that it had sought six more months to frame rules for the Citizenship Amendment Act (CAA) and had asked committees on subordinate legislation in the Lok Sabha as well as the Rajya Sabha time till January 9, 2022.

This is the fifth extension sought by the Centre for framing the CAA rules, sources in the ministry said. According to the manual on parliamentary work, the rules for any legislation should be framed within six months of presidential assent or an extension should be sought.

The controversial citizenship law had come into force from January 10, 2020. Without the rules being notified, the act remains ineffective. The BJP had promoted the CAA as one of its major poll planks in the run-up to the 2019 Lok Sabha elections.

Replying to a question by Congress MP Gaurav Gogoi, junior home minister Nityanand Rai told the Lok Sabha in a written reply that the Citizenship (Amendment) Act, 2019, had been notified on December 12, 2019, and came into force from January 10, 2020.

“The Committees on Subordinate Legislation, Lok Sabha and Rajya Sabha, have been requested to grant further extension of time up to 09.01.2022 to frame the rules under the Citizenship (Amendment) Act, 2019,” Rai said.

The CAA was passed by the Lok Sabha on December 9, 2019, and was given the assent by the President three days later.

Sources said the home ministry had still been deliberating the CAA rules without making any headway. The rules will  clarify the types of documents needed to prove if an applicant came to India before the cut-off date, fixed by the law as December 31, 2014.

The CAA proposes to fast-track Indian citizenship to persecuted minorities from Bangladesh, Pakistan and Afghanistan belonging to the Hindu, Sikh, Jain, Buddhist, Parsi and Christian communities who came to India before December 31, 2014. Critics feel  the law appears to be aimed at excluding Muslims.

The CAA had triggered widespread protests as many feared that coupled with the planned countrywide National Register of Citizens (NRC), it would result in lakhs of Muslims losing their citizenship. Following the passage of the law in Parliament, the country had witnessed widespread protests leading to the death of over 100 people in police firing and related violence.

RSS: CAA will not divide religions

Faith and the absence of fraternity