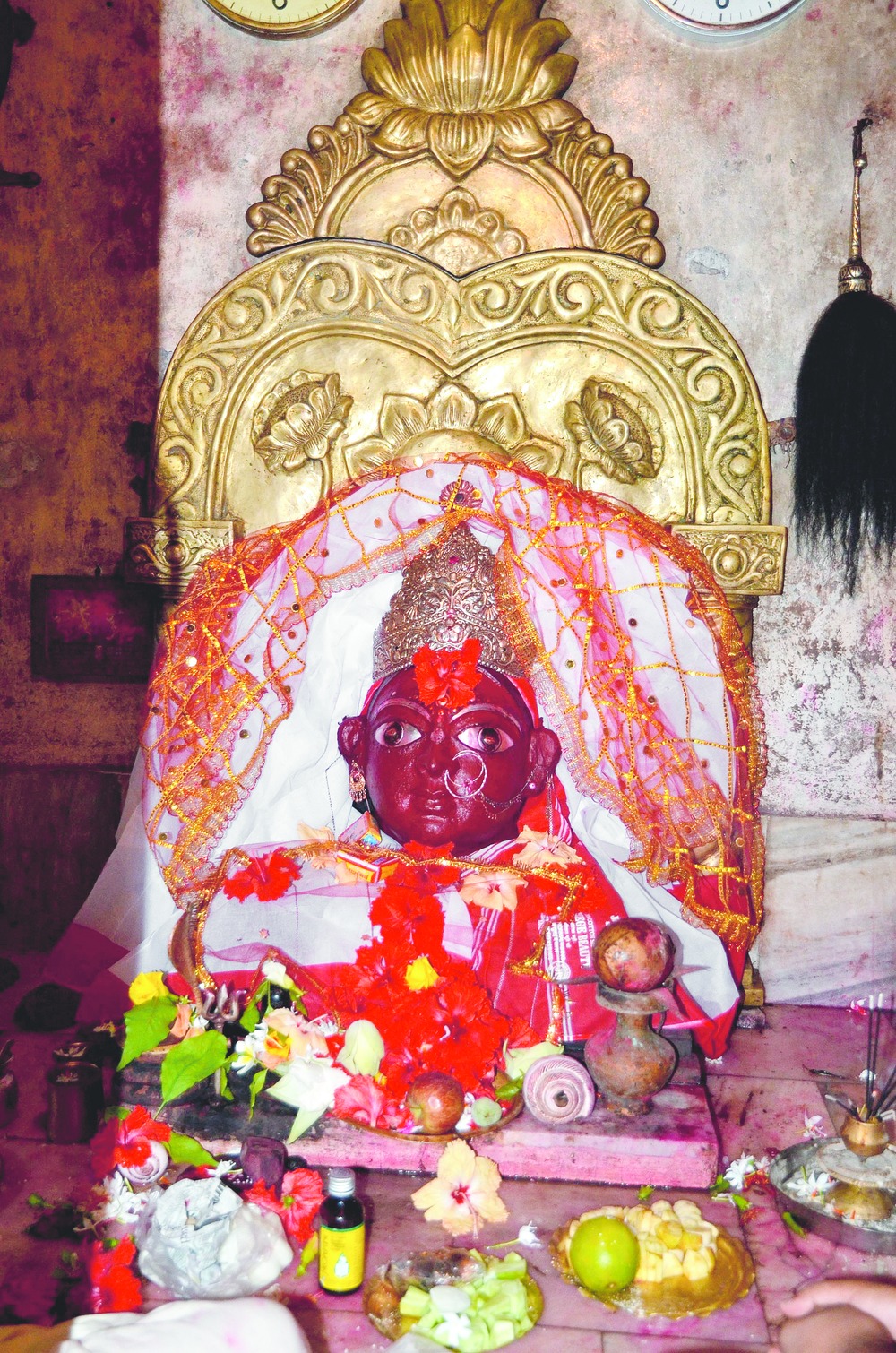 Ranchi, Dec. 6: The eyeballs of the tutelary deity, a tiara and a trident - all made of solid gold and perhaps worth a fortune in antique value - were stolen from the centuries-old Maluti temple complex, 60km from Dumka district headquarters, in the small hours today.

The broken gate to the sanctum sanctorum, the gouged eyes of Maa Mouliksha and the raided jewel safe together expose the near-absent security at a heritage site of 78 extant terracotta temples (out of the original 108), 450km from the state capital, despite twin thefts in the past. The temples are, currently, on multicrore restoration radar.

According to Dumka police and local residents, chief priest Kali Prasad Choudhary and his wife discovered the break-in around 5.45am when they reached the temple premises to pluck flowers for morning prayers.

"The priest's wife noticed the lock broken. Villagers gathered on hearing the news of theft and desecration of the deity, and Shikaripara police station was informed. Besides the gold eyeballs, a tiara and trident were taken from the safe," said Pavitra Roy, a villager.

Dumka SP Vipul Shukla said they were yet to estimate the damage done, but villagers guessed the value of the stolen items would run into several thousands. Shukla said a sniffer dog had been pressed into service and the trail it followed suggested that the thiefhieves entered the temple premises from behind, but strangely left through the main entrance.

"The dog took policemen on a half kilometre trail before it stopped confused. An FIR has been lodged and investigations have begun. While all gold items have been cleaned out, silver trinkets and utensils were left untouched. We are still not sure how many persons were involved, but the theft looks like the handiwork of more than one," SP Shukla added.

Another resident added that Maa Mouliksha was a revered deity whose name denotes "mastak darshan or glimpse of the head". Actually, the goddess has only a nicely chiselled laterite stone head fixed on the wall. Rest of her body is absent. The lustrous idol has a smiling face.

This is the third time thieves have struck at the Maluti temples. A similar theft was reported in 2005 and the first time some 30 years ago when the country barely knew about these terracotta temples built by the Baj Basanta dynasty around the 17th Century.

S.D. Singh, project director, conceded that the Maa Mouliksha temple was the oldest in the cluster where saint Bamakhepa had spent his childhood. It is built in the dochala (curved cornice on two sides) architectural style, he said, calling for extra cover against thefts and desecration.