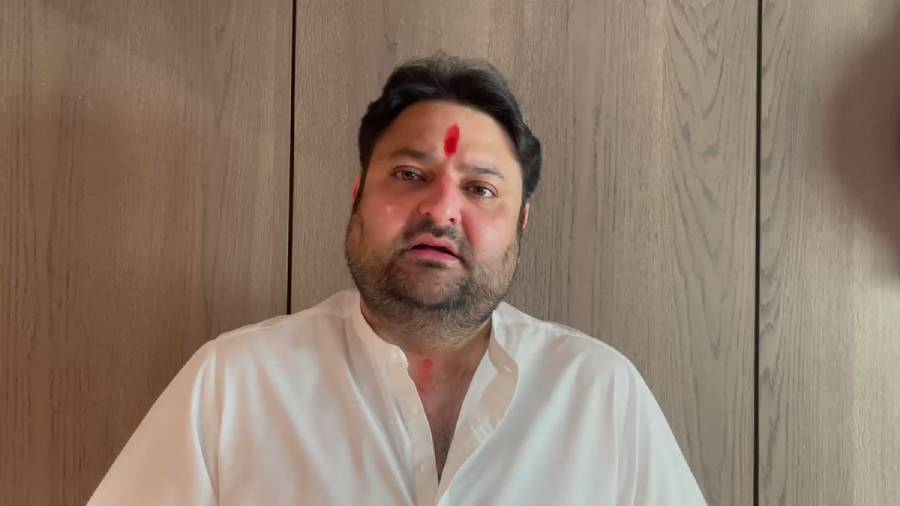 Maharashtra BJP functionary Mohit Kamboj has offered to finance the installation of loudspeakers atop temples for playing 'Hanuman Chalisa' as he pitched for Hindu unity and also demanded the removal of illegal loudspeakers from mosques.

Kamboj said he would give loudspeakers for 'Hanuman Chalisa' free.

He made this offer in the wake of MNS chief Raj Thackeray's call for shutting down high-decibel loudspeakers on mosques.

Addressing a rally at Shivaji Park here on Saturday, Thackeray had also said if such a step was not taken, loudspeakers would be installed outside mosques and Hanuman Chalisa will be played at a higher volume.

Whoever wants to install loudspeakers atop temples to play Hanuman Chalisa can ask us for free. There must be a voice of Hindu unity. Jai Shree Ram! Har Har Mahadev! Kamboj had tweeted in Hindi and Marathi on Monday.

The Maharashtra government has already asked political parties to refrain from making comments that will create division between communities.

Former Chief Minister and senior Congress leader Siddaramaiah on Tuesday accused the ruling BJP in Karnataka of raising communal issues for political gains with an eye on the Assembly elections, and sought to target the Chief Minister Basavaraj Bommai for his "silence" and being "weak."

Speakers were installed in temples, mosques and churches for a long time now. What harm did it cause to people till now? the Leader of Opposition in the Legislative Assembly said in the context of the raging row over 'Azaan'.

Is the Chief Minister "so weak" that he is unable to take action against those who are causing disturbances in the society? he asked.

Some right wing outfits and BJP leaders have called for stopping the use of loudspeakers from mosques saying they cause disturbance for people living in surrounding areas.

Siddaramaiah said with the Assembly elections nearing, the BJP is manipulating our society with communal issues for its political gains, adding, "this will backfire BJP in the coming days".

It is unfortunate that anti-social elements are disturbing peace and creating tensions in the State, he said. Does the "silence" of the Chief Minister indicate his support or his inability to tackle the issue?

It is important to bring order in the State for overall progress. "If the Chief Minister has real concerns for our people, he should resign and go home before everything goes down," Siddaramaiah said. "His failure is hurting people".