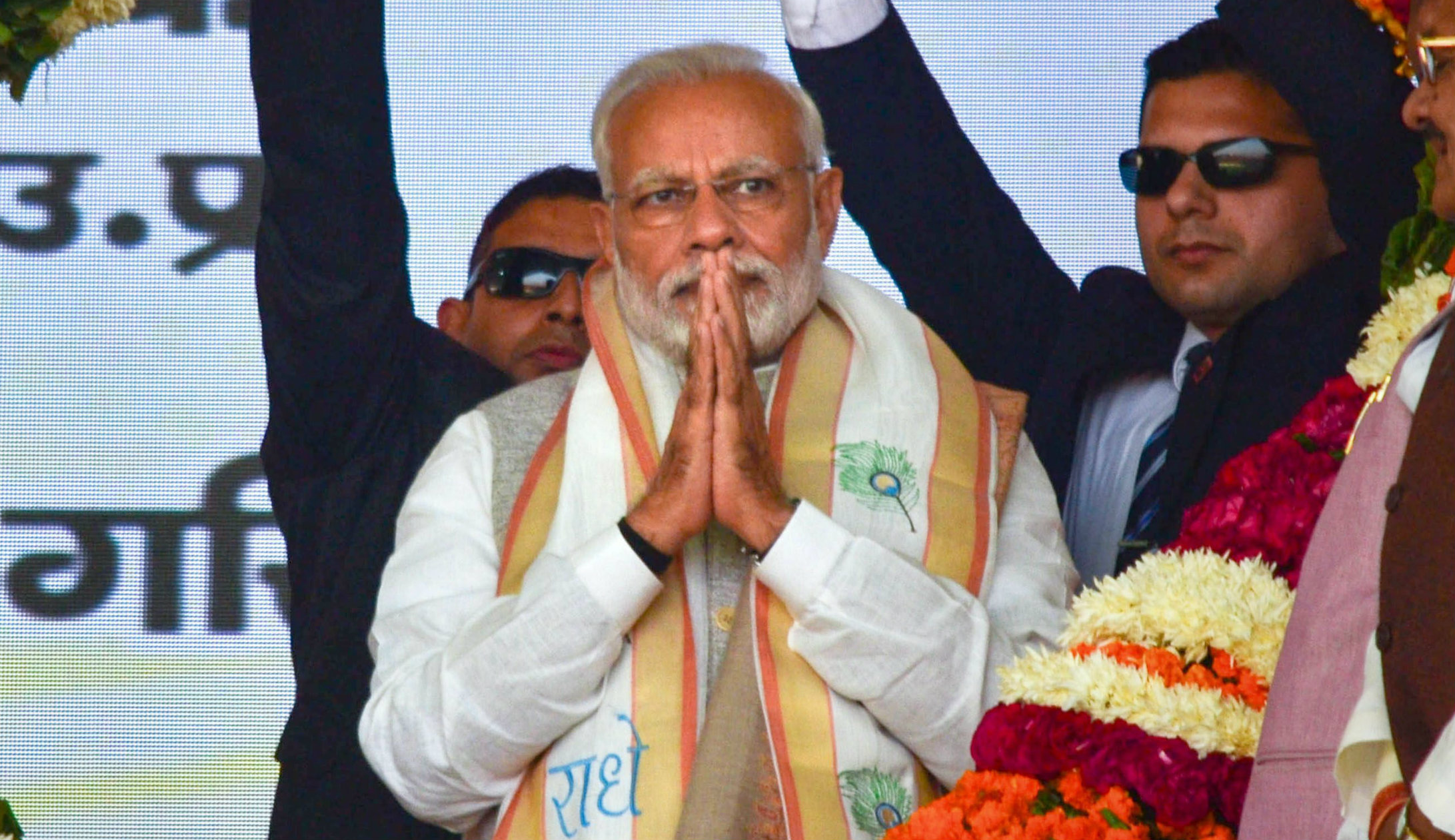 Prime Minister Narendra Modi on Wednesday told a public rally in Maharashtra’s Solapur that his government had demolished the falsehood being spread and provided 10 per cent extra reservation without tinkering with the quotas of the SCs, STs and OBCs, betraying a lurking fear among BJP managers.

Pushed to the back foot after the electoral drubbing in three heartland states, the BJP leadership feels the party had managed to turn the narrative in its favour with the “upper caste” quota bill, but at the same time a section of leaders is keeping its fingers crossed, hoping that the reservation would not scare the SCs, STs and OBCs.

A statement by RSS chief Mohan Bhagwat calling for a review of the reservation policy in the run-up to the Bihar Assembly elections in 2015 was believed to have cost the BJP dearly. RJD chief Lalu Prasad had milked the statement to run an aggressive campaign that the RSS-BJP planned to end reservations.

Modi was possibly referring to Lalu Prasad when he spoke in Solapur on Wednesday. The Prime Minister played up the 10 per cent quota for the economically backward sections as a masterstroke by his government.

“In the name of reservation, falsehood was being spread in society that the reservation granted to SCs, STs and OBCs would be reduced. But we have provided 10 per cent extra quota without reducing anything,” Modi said.

While Lalu Prasad remains in custody in a fodder scam case, his party leaders, led by his son Tejashwi Yadav, and other OBC parties are seeking to launch a campaign on the same lines.

Tejashwi has questioned the logic of providing 10 per cent reservation to upper castes who constitute roughly 15 per cent of the population, seeking to project the bill as anti-backward sections.

“Lalu had used Bhagwat’s statement to turn the Bihar election into a backward-forward battle. We are confident that the same fear can’ t be generated by this bill since it is not tinkering with the quotas for others. But we have to wait and watch,” a BJP leader said. The leader pointed out that the BJP has to see how the Mandal parties act on the issue and how it plays out among OBC voters.

RJD MP Manoj Jha came out strongly against the quota bill in the Rajya Sabha on Wednesday and termed it “anti-backward and anti-Dalit”.

Other Mandal parties and some Dalit activists are seeking to project the “upper caste” quota as an RSS ploy to end caste-based reservations.

The RJD and the Samajwadi Party are demanding an increase in the OBC quota, claiming that the population of the backward sections was high and the 27 per cent quota was not enough.

Even some allies of the BJP such as the Apna Dal have started to toe the line of the Mandal Opposition parties. Apna Dal leader Anupriya Patel, who is also a Union minister, has claimed that the OBC population is 50-60 per cent and so the 27 per cent quota was too less.

“The quota gamble will backfire if the OBCs and Dalits turn against us. Hope it doesn’t happen. On our part we will reach out to the OBCs and tell them the truth that their quota will not be disturbed in any manner,” a BJP leader said.

Party insiders indicated that the Modi government would soon come up with more affirmative actions, targeting the poor, mostly from the backward and Dalit sections, to defeat the campaign by the Mandal parties.