It will be a 75-versus-25 battle in Bihar now, says RJD leader 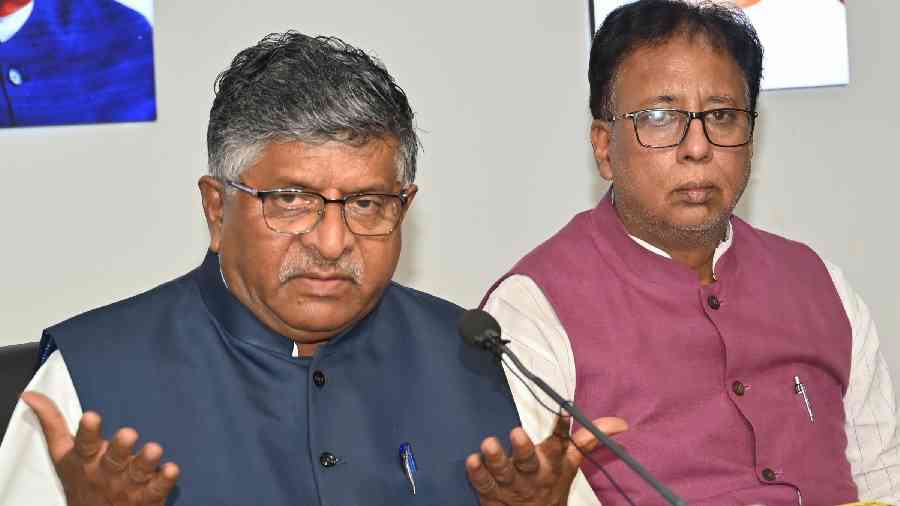 The dramatic political change in Bihar should be an awakening for those presuming that the electoral dynamics for the big battle in 2024 is frozen, given the perceived absence of a visible alternative to the domineering Narendra Modi establishment.

Two years — after which the Lok Sabha elections are scheduled — is a lot of time in politics, which can transform in moments.

Strategists in the Opposition camp believe Nitish Kumar’s decision to return to the secular fold is a big boost as the JDU, RJD, Congress and the CPI-ML together constitute a major chunk of Bihar’s vote bank that is almost insurmountable for the BJP.

Bihar sends 40 MPs to the Lok Sabha and played a key role, along with Uttar Pradesh, in making Modi the Prime Minister in 2014 and 2019. While the BJP has slipped in Uttar Pradesh, as reflected in the

Assembly elections, it may be forced out of the boxing ring in Bihar if the four parties stay together.

On Tuesday, Nitish Kumar twice met governor Phagu Chauhan, first to hand in his resignation as NDA chief minister and then after being elected leader of the RJD-led Mahagathbandhan (Grand Alliance) to stake claim to the top job once again.

In addition to the numerical advantage, what bolsters the Opposition camp is the psychological lift that the unexpected development can offer. It is about space, not states. The Opposition camp has lost the government in Maharashtra but they are not demoralised because the political space allies Shiv Sena, Congress and NCP command together remains intact.

Congress leaders believe the BJP will not be able to face the formidable combination in elections — parliamentary, Assembly or civic — even if political machinations gave them the government. The emphasis of both Sharad Pawar and Sonia Gandhi has been on supporting former chief minister Uddhav Thackeray during the Maharashtra crisis to ensure that the coalition survives, which will enable them to retain the political space.

Congress leader and former Maharashtra minister Sunil Kedar told The Telegraph: “Our coalition is intact and we command over 60 per cent votes together. We are much better off now as nobody is happy with this government (of the rebel Sena faction and the BJP). Their decisions have been anti-people. What they did about the Aarey Metro car shed…. They gave approval to bullet trains and released Rs 6,000 crore. But no relief was given to farmers hurt by heavy rain and floods. Not even a survey has been done. Chief minister Eknath Shinde is just a clueless face as all the power is with Devendra Fadnavis.”

Maharashtra sends 48 members to the Lok Sabha. While the combined vote share of the Sena-NCP-Congress is more than 55 per cent, they are expected to be no longer affected by anti-incumbency in the 2024 general election.

There is no denying that the BJP will now face a tough competition on the 88 seats in Bihar and Maharashtra, which is enough to lift the mood of the Opposition. The Congress is expecting gains in Madhya Pradesh, where its government was stolen, Karnataka, Rajasthan and Telangana, apart from some smaller states where it drew a blank in the last two elections.

Congress leaders have, however, dismissed talk of Nitish being projected as the candidate for Prime Minister, arguing that the time is not ripe for such speculation.

“The Congress is too big a party to be overshadowed by regional players. The question of prime ministerial candidate is being mischievously raised at this stage only to water down the immediate gains of the Opposition camp. The indisputable truth is that the BJP’s space in Bihar has shrunk drastically and we have gained enormously. What happens over the next two years will answer the question about the leadership of the Opposition camp,” a senior Congress functionary said.

Asked about the morality of Nitish’s volte-face, this leader said: “We are not getting into a theoretical discourse about betrayal and political somersaults. Nitish Kumar owed a debt of gratitude to the secular camp because we made him chief minister when he broke with the BJP in 2015. He returned to the BJP without any credible reason. He has now nullified that betrayal by quitting the BJP alliance today and we have no grudges now.”