BJP shrouds itself in silence as Covid cases explode across India 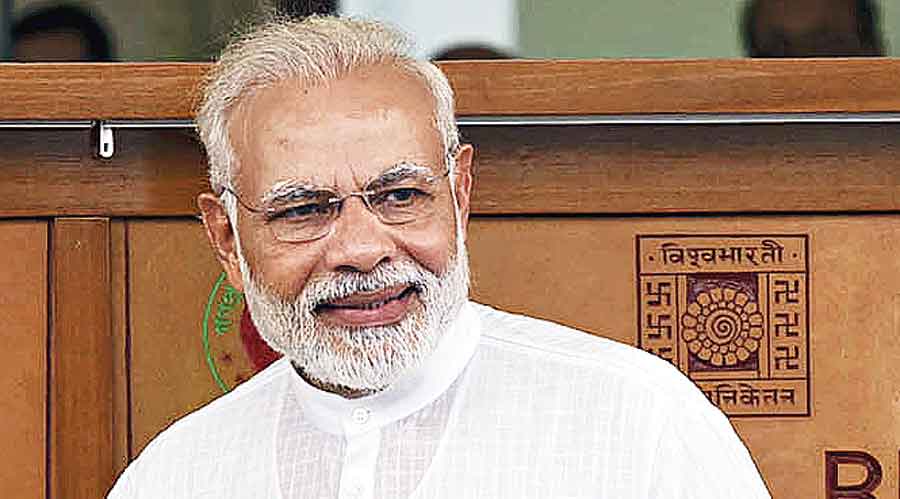 The BJP has shrouded itself in silence as Covid cases explode across India, overwhelming not just hospitals but also crematoriums in several states in a second wave that the Narendra Modi government appears to have been little prepared for.

As far back as February, the party had declared victory on Covid and hailed Prime Minister Modi for it. In a resolution, the BJP had said: “...It can be said with pride that India not only defeated Covid under the able, sensitive, committed and visionary leadership of Prime Minister Shri Narendra Modi…. The party unequivocally hails its leadership for introducing India to the world as a proud and victorious nation in the fight against Covid.”

Modi himself had told the World Economic Forum’s Davos Dialogue on January 28 that India “not only solved our problems but also helped the world fight the pandemic”.

Now, with India’s count of new Covid-19 cases rising for the first time by over 200,000 on Thursday and the country registering the second-highest number of infections in the world, the party has been silent.

Led by Modi, home minister Amit Shah and BJP chief J.P. Nadda, most party leaders have immersed themselves in the single-minded pursuit of trying to win the Bengal elections. Even Uttar Pradesh chief minister Yogi Adityanath, in whose state crematoriums are overflowing, was in Bengal campaigning till he himself tested positive.

On Friday, Shah and Nadda were again electioneering in Bengal, where chief minister Mamata Banerjee had appealed for the remaining four phases of polling to be clubbed together in view of the sharp spike in cases. The BJP and other Opposition parties did not agree.

Modi held a review meeting with various ministries to “ensure adequate medical-grade oxygen supply in the country” during the day, but is expected to be back on the campaign trail in Bengal on Saturday. At election rallies held by all parties, Covid protocols have been trampled with impunity.

Naqvi responded: “In the pandemic period don’t spread political pollution, be a part of positive solution.”

Information and broadcasting minister Prakash Javadekar, who too is regularly fielded by the BJP to take on the Congress, merely re-tweeted his ministry’s tweets. In the evening, Javadekar tweeted that he had tested positive for Covid. Karnataka chief minister B.S. Yediyurappa too tested positive, for the second time.

Many have attributed the BJP’s silence to the dire situation in Uttar Pradesh, Gujarat, Madhya Pradesh and Karnataka, which are ruled by the party.

In the past, BJP spokespersons and leaders had gone all out while attacking Opposition-ruled states, particularly Maharashtra, accusing them of failing to manage the Covid situation.

The health minister had earlier this month lashed out at Maharashtra for complaining of a vaccine shortage. But as vaccination centres across different states had to suspend the inoculation drive as stocks ran out, it came to light that vaccine production in the country was half of what was needed now.

BJP managers have tried to shield Modi at a time the Congress is ruining a Twitter campaign with the hashtag “WhereIsPM”.

“Where is PM Modi, India asks,” one of the many tweets posted by the Congress said, highlighting how Modi was busy campaigning in Bengal while India struggled.

To counter this, the BJP’s social media managers pushed the hashtag “Desh_Modiji_ke_saath_hai”. The counter-campaign claimed that Modi’s popularity remained intact.