Bhupesh Baghel is front-runner, but there are three other contenders 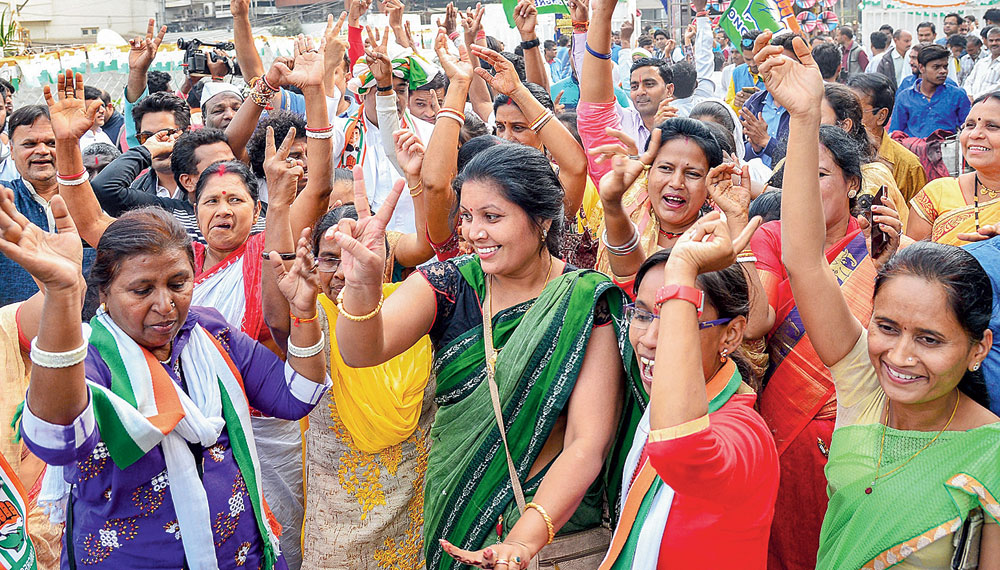 The BJP’s Chhattisgarh fortress, impregnable for the past 15 years, crumbled to dust in a manner nobody, including the Congress leadership, had imagined.

The decisive victory spontaneously shifted the focus to the choice of chief minister and intense lobbying had started by afternoon.

While state Congress chief Bhupesh Baghel remains the front-runner, there are three other serious contenders — Charan Das Mahant, Tamradhwaj Sahu and T.S. Singh Deo. Rahul Gandhi will now pick the head of the government, keeping the 2019 parliamentary elections in mind.

While Baghel is a four-term MLA and was a minister in the Digvijaya Singh government of Madhya Pradesh, Singh Deo, the current leader of Opposition in Chhattisgarh, comes from the Sarguja royal family.

Mahant, a three-time Lok Sabha MP, was also a minister in the Digvijaya cabinet as well as being a central minister in the Manmohan Singh government. Mahant was the state Congress president in the 2013 elections.

The Congress, which lost its entire frontline leadership in Chhattisgarh in the worst-ever Maoist attack in 2013, came tantalisingly close to victory in the last election but a wafer-thin margin of 0.7 per cent votes handed a third term to Raman Singh who had become a colossus in the state by distributing cheap rice among the poor.

The “chawal wale baba”, as Singh is known, faced an entirely new narrative in this election as the Congress succeeded in turning the tables on him over the same rice.

Congress president Rahul Gandhi led an aggressive campaign that painted Singh black over a perceived Rs 36,000-crore rice scam, reminding the voters at every rally about a diary seized by the CBI that had the names of the chief minister’s relatives as bribe recipients.

There were several scams during Singh’s tenure and the chief minister’s son’s name also cropped up in the Panama Papers. This allowed the Congress to discredit the BJP leadership even as the Congress grappled with its own leadership crisis after the exit of veteran former chief minister Ajit Jogi.

While many leaders felt Jogi was primarily responsible for the Congress’s plight as he had recklessly indulged in internal sabotage in order to capture the reins of the party, others feared his alliance with Mayawati’s BSP would pose a formidable challenge.

The BJP’s strategy relied on the Jogi factor as the Congress portrayed him as Singh’s hidden collaborator. The Jogi-Mayawati tie-up did make an impact, but the people were so angry with the government that the contest became one-sided.

The Jogi factor is still alive in the state but the Congress is now powerful enough to handle him according to its own political convenience.

Jogi would ideally have liked to merge his party with the Congress and set his sights on the 2019 Lok Sabha elections, but the current state leadership is vehemently opposed to him.

Rahul will have to do a lot of cajoling to get Jogi back into the fold. The Congress high command may adopt that approach to avoid a split in anti-BJP votes in 2019.

Chhattisgarh polls not a referendum on Modi: Raman Singh