The stir, apart from reflecting an effort to milk the Punjab fiasco for electoral gain, again underlined that the saffron party sees the opposition party as a serious threat 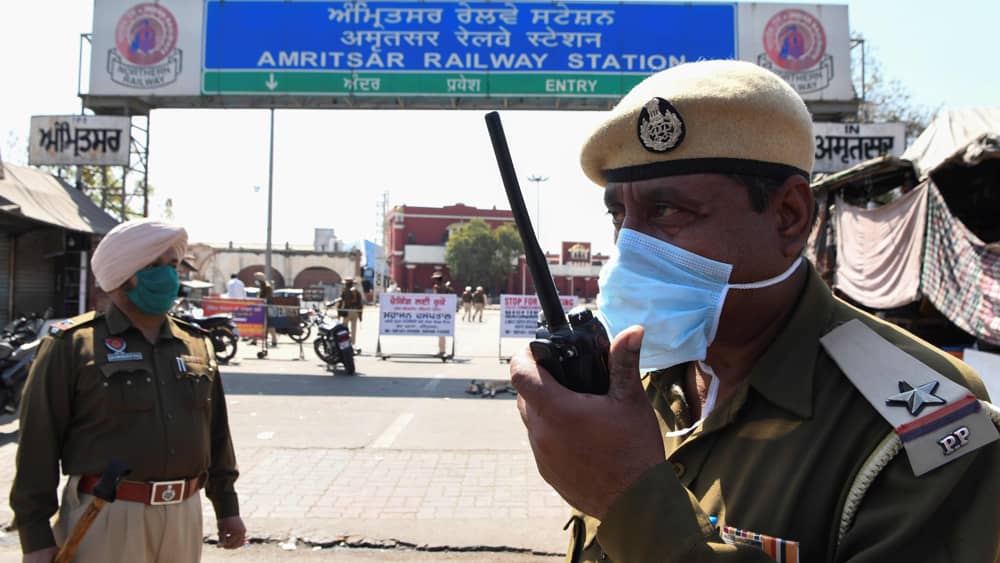 The Amit Shah-led home ministry has formed a three-member team to probe the alleged breach of the Prime Minister’s security.
File photo.
Our Special Correspondent   |   New Delhi   |   Published 08.01.22, 01:04 AM

A group of BJP MPs on Friday protested with placards in front of Mahatma Gandhi’s statue on Parliament premises, holding the Congress responsible for the “life-threatening breach of Prime Minister Narendra Modi’s security in Punjab”.

The protest, apart from reflecting an effort to milk the Punjab fiasco for electoral gain, again underlined that the BJP sees the Congress as a serious threat despite public proclamations that the Grand Old Party has been rejected by the people.

Modi aborted a rally in Punjab on Wednesday and returned to Delhi after a protest by farmers blocked his way, the incident prompting the BJP to allege a security breach and a danger to the Prime Minister’s life. Modi has been quoted as saying he was lucky to come out of it alive. The Congress has denied the allegations.

On Friday, the protesting MPs waved placards attacking the Congress in general and the Gandhi family in particular. They sought an “apology to the country”.

The placards also blamed the Congress for the birth of “terrorism” and “extremism” in the country.

The Amit Shah-led home ministry has formed a three-member team to probe the alleged breach of the Prime Minister’s security. Punjab’s Congress government too has formed a probe committee, with the issue threatening to turn into a full-blown Centre-state clash.On Friday, the Supreme Court put on hold both these investigations.

A BJP old-timer acknowledged that the overdrive against the Congress betrayed the ruling party’s wariness of the old enemy.

“The Congress, despite getting decimated, remains the only party with a pan-India presence,” the veteran politician said.

“The party can bounce back if people start getting disillusioned with our government.”

When he was BJP president, Shah had given a call for a “Congress-mukt Bharat (Congress-free India)”. Party sources said that line continued to be aggressively pursued.

Among the five states that will go to the polls early this year, the Congress is in power in Punjab and is the principal challenger to the ruling BJP in Uttarakhand, Manipur and Goa.

In Gujarat and Himachal Pradesh, where Assembly elections will be due towards end of the year, the Congress poses a threat to the BJP.

Despite Modi and Shah having held sway for nearly two decades in their home state of Gujarat, the Congress remains a strong force there too.

Just over a dozen from among the BJP’s more than 400 MPs from both Houses were at Friday’s protest. Party sources said that most of the MPs were in their constituencies as Parliament was not in session.

A day earlier, BJP chief ministers and party leaders had at several places in the country held prayers at temples seeking a “long life” for Modi.

On Friday, minority affairs minister Mukhtar Abbas Naqvi prayed at the Haji Ali Dargah in Mumbai before hitting out at the Congress.

“We prayed for the Prime Minister’s well-being at Haji Ali Dargah. Parivar tantra (dynastic rule) is trying to hijack democracy via criminal conspiracy and not criminal negligence,” Naqvi said, according to ANI.

A video released by the BJP claims Modi foiled a conspiracy by “Pakistan, Khalistanis and Congress”.