M.P. Appachu Ranjan said Tipu was a communal leader who killed or converted Hindus and Christians 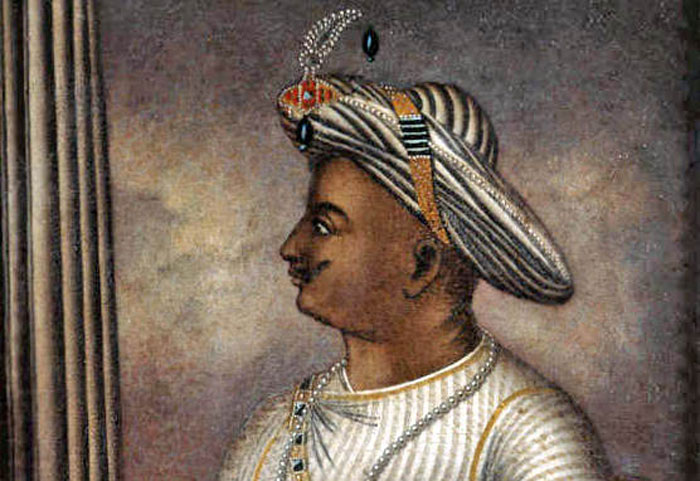 The lawmaker’s bid to erase all chapters on Tipu — a polarising figure in the state — comes around two years after the then Congress government in 2017 had “de-saffronised” school textbooks.
Wikimedia Commons
Our Special Correspondent   |   Bangalore   |   Published 23.10.19, 11:45 PM

A BJP lawmaker in Karnataka has written to the party-led state government seeking a revision of school textbooks that have chapters on Tipu Sultan, embarking on a mission to erase all references to the 18th-century ruler of Mysore.

M.P. Appachu Ranjan, MLA from Madikeri constituency in Kodagu district, around 200km from Bangalore, said Tipu was a communal leader who killed or converted Hindus and Christians.

“It is gross injustice to teach children about a historical character who never allowed non-Muslims to peacefully practise their religions,” he told The Telegraph on Wednesday.

The lawmaker’s bid to erase all chapters on Tipu — a polarising figure in the state — comes around two years after the then Congress government in 2017 had “de-saffronised” school textbooks.

The previous year, chief minister P.C. Siddaramaiah of the Congress had started the Tipu Jayanti celebrations to mark the birth anniversary of the ruler, also known as the Tiger of Mysore. One of the first actions of the current BJP government, formed in July this year, was to scrap the state-funded event.

Ranjan said he has written to S. Suresh Kumar, minister for primary and secondary education, seeking a revision of the textbooks.

“I have written to the minister to get the lessons on Tipu Sultan removed from textbooks since children should not learn about a cruel ruler whose only aim was to loot temples and churches and kill and convert non-Muslims,” Ranjan said.

“Everyone in Kodagu knows how Tipu Sultan ruined thousands of families in Kodagu by killing those who didn’t convert to Islam. He committed the same crimes on Christian families in Mangalore,” Ranjan, who has been at the forefront of the BJP’s campaign against Tipu, added.

“I requested the minister to form a committee of scholars who can throw more light on the atrocities committed by Tipu and his army.”

Ranjan cited a chapter in a history textbook for Class VI students. “There is a lesson that glorifies Tipu for his valour and contributions in the Class VI history textbook of Kannada medium (schools). I am sure the same book is taught in the English medium,” he said.

The MLA, in his letter written in Kannada, said “children need to be taught the truth about this cruel religious fanatic, anti-Kannada Persian ruler”. So, “please drop the lesson and get the views of experts to introduce lessons about nationalism and patriotism in the primary and secondary classes”.

Ranjan said he planned to meet the education minister and chief minister B.S. Yediyurappa to put forth his suggestions on “cleaning up” school textbooks.

Baragur Ramachandrappa, who headed a 2017 committee appointed by former chief minister Siddaramaiah to clean up textbooks “saffronised” by the earlier BJP government, disagreed with the suggestion to remove any chapters.

“They are free to have any opinion about anyone. But it is wrong to remove only the lesson on Tipu Sultan whose contribution was not limited to any one group of people,” Ramachandrappa, a well-known writer, told this newspaper.

“The lesson on Tipu Sultan was already there in the Class VI social studies textbook when our committee reviewed it. We added a few interesting information like how Tipu helped (rebuild) the Sringeri temple (that the Marathas had raided); how he encouraged silk production and how he had struck a chord with French revolutionaries to defeat the British,” he said.

“Schoolbooks carry only basic information…. It is up to the students to learn further in universities.”

While the BJP loves to hate Tipu, the 18th-century ruler has been hailed as a pioneer in the development and use of Mysore rockets in warfare.

Endorsement has come from no less a person than former President A.P.J. Abdul Kalam, the late rocket scientist considered the father of India’s nuclear missile programme, who has written about how he came upon Tipu at the Nasa office in Virginia.

“This place was the base for NASA’s sounding rocket programme. Here, I saw a painting prominently displayed in the reception lobby. It depicted a battle scene with a few rockets flying in the background. A painting with this theme should be the most commonplace thing at a Flight Facility, but the painting caught my eye because the soldiers on the side launching the rockets were not white, but dark-skinned, with the racial features of people found in South Asia,” Kalam wrote in his autobiography Wings of Fire.

“One day, my curiosity got the better of me, drawing me towards the painting. It turned out to be Tipu Sultan’s army fighting the British. The painting depicted a fact forgotten in Tipu’s own country but commemorated here on the other side of the planet. I was happy to see an Indian glorified by NASA as a hero of warfare rocketry.”

Sardar Qureshi, president of the Tipu United Front, said only total unity among Muslims could help the cause of Tipu.

“A few of us work hard for the upkeep of anything related to Tipu Sultan. But we don’t find the same cooperation from others in our own community. Many don’t even bother about these things.”

A petition Qureshi has filed in Karnataka High Court over the BJP government’s decision to scrap the state-funded Tipu Jayanti celebration is scheduled to come up for hearing on Friday.