BJP flush with poll cash, no questions asked in this election 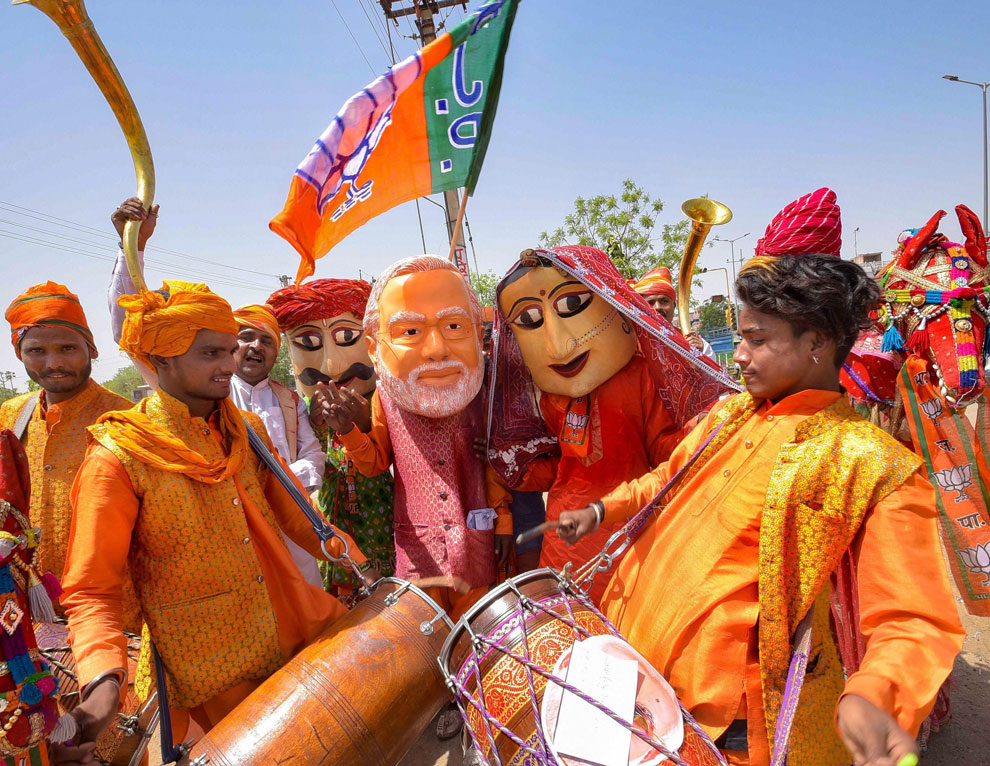 Politicians splash out on everything from advertising to giant rallies, as well as gifts and transport across the nation
(PTI)
Reuters   |   New Delhi   |   Published 02.05.19, 12:58 AM

Prime Minister Narendra Modi’s BJP is flush with cash in the current Lok Sabha election, and is expected to easily outspend Opposition parties, as he seeks a second term in office.

This year’s election is expected to cost almost $8.6 billion (approximately Rs 59,828 crore), according to the Centre for Media Studies, as politicians splash out on everything from advertising to giant rallies, as well as gifts and transport across the nation of 1.3 billion.

Here is an explanation of how political parties get financing and how they spend the money:

Individuals and corporations donate to the political parties, but lack of transparency makes it impossible to follow the money trail.

Traditionally, parties have received funds in cash, cheques, and electoral trusts. Beginning in 2017, the BJP made several changes to election contribution rules.

A cap on corporate donations to political parties, which banned donations worth more than 7.5 per cent of average net profit over three years, was removed. Companies with partial foreign ownership were allowed to donate. And firms were no longer obliged to disclose which parties they were financially backing.

The most high-profile change was the creation of “electoral bonds,” which allow individuals or companies to deposit funds in a political party’s bank account at the State Bank of India.

Donors can purchase as many bonds as they please and their identity is not revealed. Political parties must declare the amount of money they have received through the bonds, but not the funders’ identity.

Parties are free to spend at will while parliamentary candidates are only allowed to spend up to Rs 70 lakh in this election.

But lack of effective oversight by the Election Commission of India has allowed candidates to flout the limit without much fear of being caught, according to politicians and election experts.

The last time a candidate was disqualified for breaking spending rules was in 2011.

Candidates from major national parties told Reuters that actual spending, that happens through “unaccounted funds”, is as much as eight times the limit.

Hoards of cash, liquor and drugs — designed to garner support from voters — seized by the poll body during elections is one of the indicators of money spent.

Authorities say they have seized goods and cash worth about $456 million (Rs 3,172 crore, approximately) since March 26, more than twice the amount seized in the entire 2014 election.

In the 2004 general vote, India’s top six national parties officially spent about Rs 269 crore, as per their declarations to the EC. A decade

later, in the 2014 election that swept Modi to power, their declared spending had jumped nearly five-fold to Rs 1,309 crore.

The gulf between the BJP and the Congress has also grown. In the 2014 campaign, the BJP declared spending of Rs 712 crore, over 40 per cent more than the Congress.

Parties must name donors but in covers

The sinister business of election funding