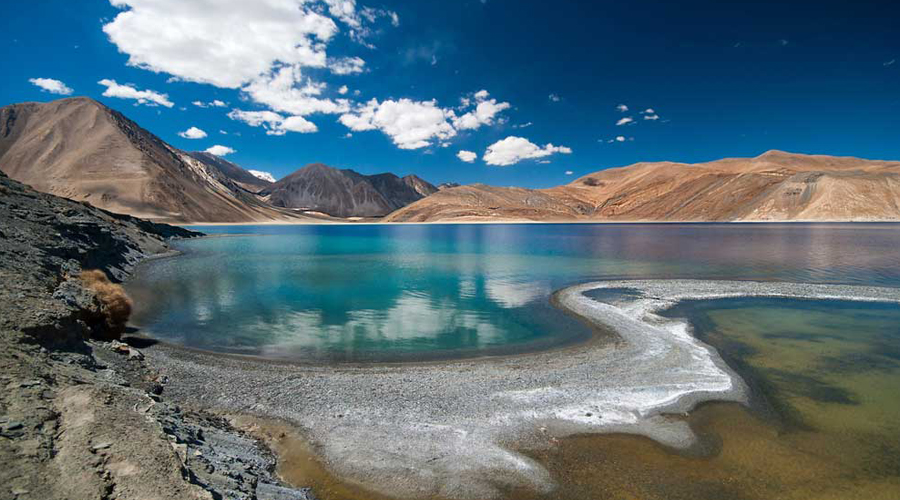 A bill that seeks to establish a central university in the Union Territory of Ladakh was passed on Friday in the Lok Sabha, which has been witnessing Opposition protests over the alleged snooping by Pegasus spyware and other issues.

In his brief statement on the Central Universities (Amendment) Bill, 2021, Education Minister Dharmendra Pradhan said every year, about 7,000 students go out of Ladakh for study and with the establishment of the central university, about 2,500 students will get the opportunity to study there.

"We want to set up a central university in Ladakh. It is a happy coincidence that the bill is being brought on the second anniversary of the scrapping of Article 370," he said.

Pradhan said abrogation of Article 370, which gave special status to Jammu and Kashmir, was not a slogan but a commitment.

"Under that commitment, we have given Ladakh a Union Territory status and going to set up the Sindhu central university at a cost of Rs 760 crore," he said.

After a brief clause-wise discussion of the bill, Rajendra Agrawal, who was in the chair, announced the passage of the bill by voice vote.

According to the Statement of Objects and Reasons of the bill, at present there is no central university in Ladakh and therefore, the government has decided to establish a new central university there to ensure increase in accessibility and quality of higher education, and to facilitate and promote avenues of higher education and research for the people of the Union territory.

This shall also cater to the regional aspirations for years to come, it said.

The university will cater to all areas of Ladakh that include Leh and Kargil.

The government had said the university is expected to reduce the imbalance in the region on the education sector and students of Ladakh to get quality higher education opportunities.

The university will help in intellectual development and better higher education and will help improve the quality of education, it said.