SDPO Ranjan Kumar has been shifted from Lakhisarai to Areraj in East Champaran in apparent deference to calls from Speaker Vijay Kumar Sinha and his party, the BJP 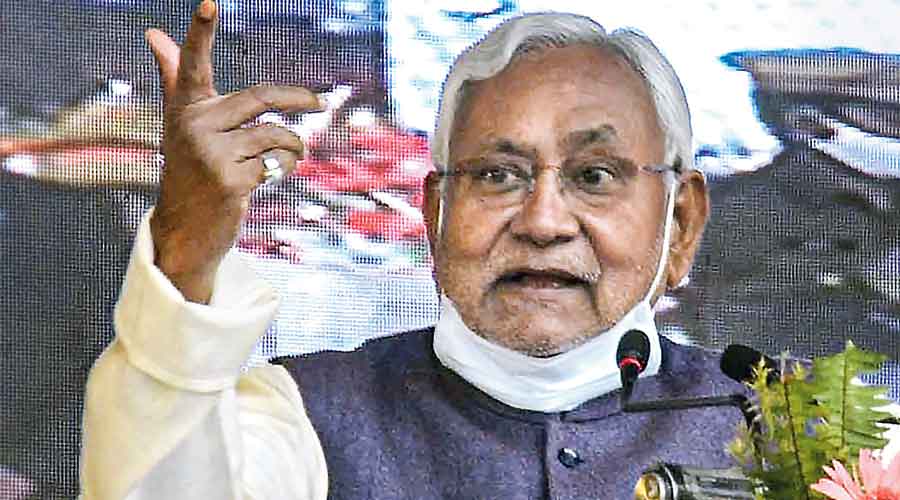 Bihar chief minister Nitish Kumar has appeared to give in to Assembly Speaker and senior alliance partner BJP by transferring a police officer who had been at the heart of a confrontation between the two sides.

Sub-divisional police officer (SDPO) Ranjan Kumar has been shifted from Lakhisarai to Areraj in East Champaran district in apparent deference to calls from Speaker Vijay Kumar Sinha and his party, the BJP.

Sinha and the BJP had initially demanded the suspension of SDPO Ranjan Kumar and Birpur station house officer (SHO) Dilip Kumar, but later sought their transfer over the arrest of two “innocent” youths from a Saraswati Puja procession in February instead of gun-wielding goons.

Pent-up anger over constant sniping by Sinha and the BJP had apparently found a release with Nitish storming into the House from his Assembly chamber earlier this week and tearing into the Speaker for violating constitutional provisions and for the way in which he was conducting Assembly business. While the Speaker skipped the Assembly for a day, the chief minister has been staying away since the showdown.

Although the BJP has termed the transfer of SDPO Ranjan Kumar, which took place on Friday as the state celebrated Holi and government offices remained closed, a victory of the legislature over the bureaucracy, the Opposition is seeing in the move a clever tactic by Nitish to cling on to power at a time his clout has been greatly reduced by the emergence of the BJP as the more dominant partner in the government. The BJP has 74 seats in the Assembly while Nitish’s Janata Dal United has 45.

No official reason was given for the transfer of Ranjan Kumar, an officer decorated with the President’s Police Medal.