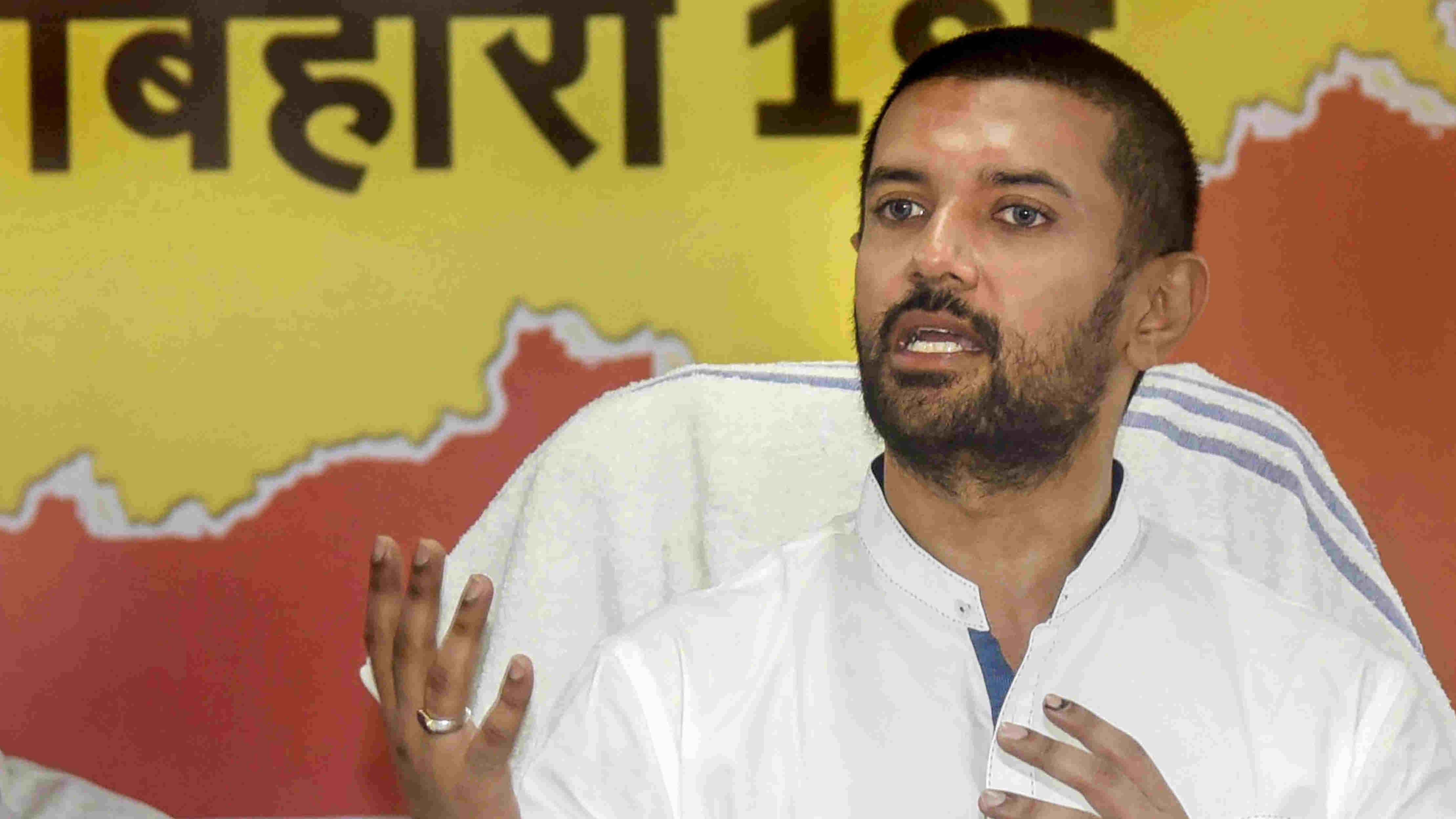 "Congratulations to respected @NitishKumar ji for becoming the chief minister once again. Hope the government will complete its term and you will continue to be the NDA's chief minister," Paswan, a bitter critic of Kumar, said in a series of tweets in Hindi.

Paswan, during the acrimony-filled campaign for the Bihar assembly polls, had claimed Kumar might ditch the BJP after the results were out, join the RJD-led Grand Alliance, and make yet another attempt at posing a challenge to the NDA in the 2024 general elections.

Paswan, who had chosen to plough a lonely furrow, had said the LJP was and will remain loyal to the BJP, which was staring at the spectre of yet another "paltimaar" (volte- face) by the JD(U) president.

In another tweet on Monday, the LJP chief termed the NDA's victory in the state polls "a big win for Prime Minister Narendra Modi", and took a swipe at Kumar, saying "There are some people who have been in power for 15 years but still have to take help of three friends (to stay there)".