Many took to Twitter to express astonishment at the speed with which he was declared negative, and the fact that the health portfolio is also held by BJP's Mangal Pandey 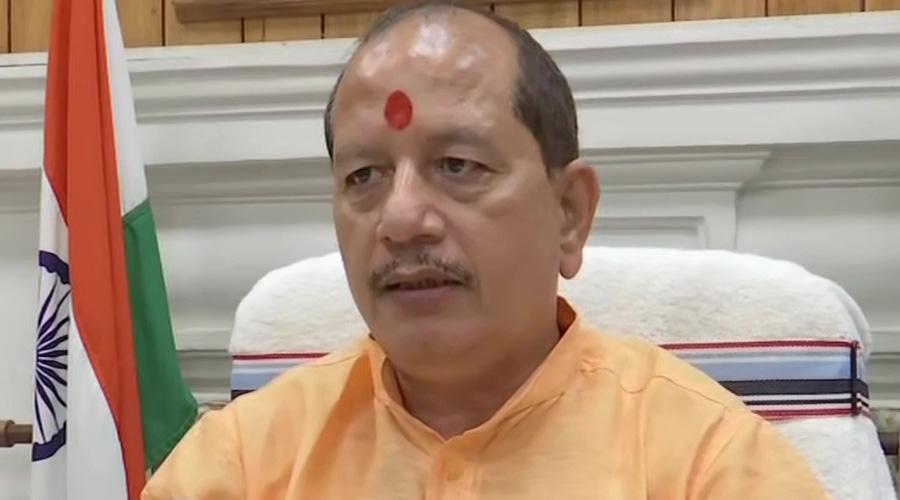 A day after he tested positive for COVID-19, Bihar Assembly Speaker Vijay Kumar Sinha said his test reports have come out negative, amid a brewing political storm in the state, where he will play a key role in determining the legitimacy of any new formulation.

Sinha, a BJP MLA, ebulliently announced on Twitter that his test reports on Monday were negative. A day earlier, he had tested positive.

Many took to the micro-blogging site to express astonishment at the speed with which the Speaker was declared Covid negative, and the fact that the health portfolio is also held by BJP's Mangal Pandey.

On Monday night, members of the Ethics Committee of the assembly, headed by another BJP leader Ram Narayan Mandal, met Sinha and submitted a report.

While Mandal declined to divulge details, citing confidentiality, sources in the party said the report was about an incident of March last year when opposition RJD MLAs had held the Speaker hostage inside his chair and police was called in.

The sources said the report indicts about 18 MLAs, whose names were not known.

Vidhan Sabha secretariat officials said that in such cases, a notice is issued to the MLAs concerned upon the advice of the Speaker, who may decide further action, and even order disqualification, based on how satisfactory or otherwise he deems their reply.

The RJD has 79 MLAs in the assembly, which has an effective strength of 242. It is the single largest party and disqualification of its MLAs will reduce its ability to steer a political upheaval.

Chief Minister Nitish Kumar's JD(U), which may or may not pull the plug on the alliance, has 44 legislators, and enjoys the support of one Independent MLA Sumit Singh, who is also a minister and four members of former chief minister Jitan Ram Manjhi's Hindustani Awam Morcha.