Big favour! Press Council agrees to do its job 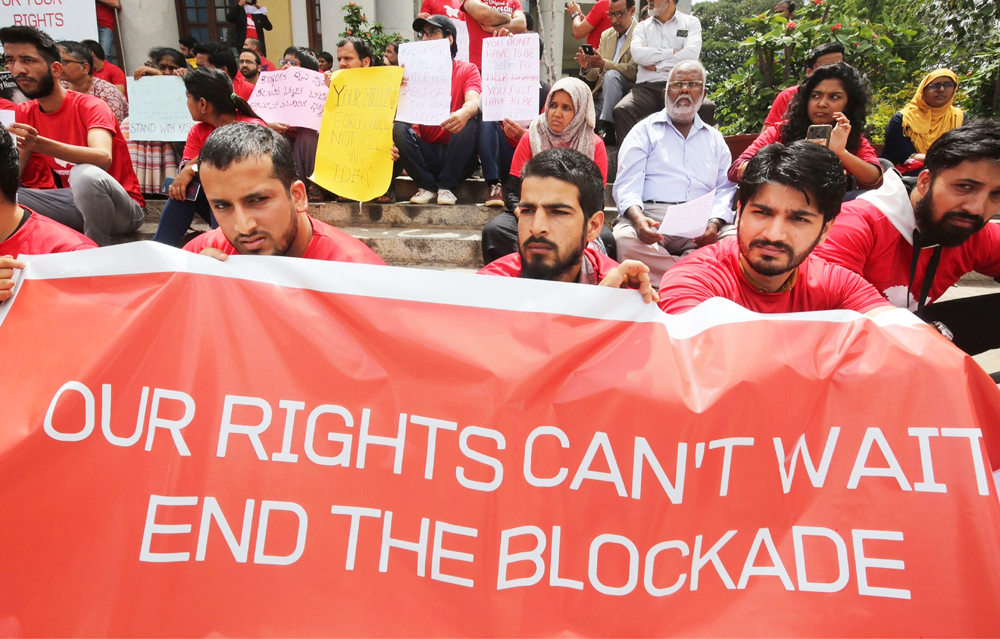 That the Press Council felt compelled to issue a clarification that it would do its job speaks volumes about the state of the media in the country against the backdrop of restrictions imposed in Kashmir since August 5.

Another clue came when the Editors Guild of India expressed grave concern about the recorded position of the Press Council, which had described the restrictions on communication facilities in Kashmir as “in the interest of the integrity and sovereignty of the nation”.

The clue was not in the unequivocal content of the Guild’s statement but the time it took to issue it. The Press Council chairman had filed mid-last week a “unilateral” intervention petition in the top court, which became public on Saturday.

In the age of breaking news, the Guild waited till Tuesday to issue its statement — by when protests against the PCI stand were taking shape in the capital and in Chennai. Several journalists felt the Guild’s response was belated.

As journalists gathered in the capital and in Chennai to protest the PCI chairman’s decision, the council’s secretary Anupama Bhatnagar informed its members of the stand it would take in court.

“The council stands for the freedom of the press and does not approve of any sort of restriction on the media. A detailed reply shall be filed on receipt of the report of the sub-committee,” Bhatnagar said.

The four-member sub-committee was set up at the last meeting of the council on August 22 when no mention was made by Justice Prasad of his decision to file the intervention petition.

Following up on the decision, the council on Tuesday wrote to the Jammu and Kashmir government, informing it of the sub-committee and asking for a convenient date for a visit.

In the letter to members, Bhatnagar also sought comments for amplification, addition or subtraction in the stand the council plans to take in court.

The Press Association representatives on the council said they would seek withdrawal of the intervention petition. They also plan to be in court on Wednesday to ensure that there is no deviation from the position that had been communicated to them on late Tuesday afternoon.

The Press Association represents accredited journalists. Its representatives on the PCI are Jaishankar Gupta and C.K. Nayak.

At the protest meeting in the Press Club of India, Gupta and Nayak said the intervention petition was invalid as due process had not been followed by Justice Prasad.

While conceding that the Press Council regulations give discretionary powers to the chairman to act on his own if the situation warranted, they said he did not get it endorsed as mandated.

Clause 8 (1) of the Procedure for Conduct of Meetings and Business states that: “The chairman may in his discretion, if urgent action by the council becomes necessary, take decision and permit the business of the council to be transacted by an order recorded in writing.’’

Clause 8 (2) mandates that “the papers together with the decision taken by chairman shall be placed before the next meeting of the council for confirmation”. This, Justice Prasad failed to do at the August 22 meeting, Gupta and Nayak pointed out.

The Editors Guild of India expressed grave concern that the PCI, an institution created to safeguard press freedom, “is not only failing to speak up for it but is perversely arguing for a media clampdown in the name of national interest”.

Echoing the sentiments aired at the protest meeting in the Press Club, the Guild said it expected the PCI chairman to rescind his unilateral decision to intercede in the Supreme Court case.

“It is a free media that offers a reliable feedback loop to those in charge of governance, that keeps the citizenry well informed so as to ensure responsive governments, and which acts as a safety valve for the expression of frustrations or criticism that can grow if attempts are made to suppress them. A free media is, therefore, very much in the national interest,” the Guild said in its statement.