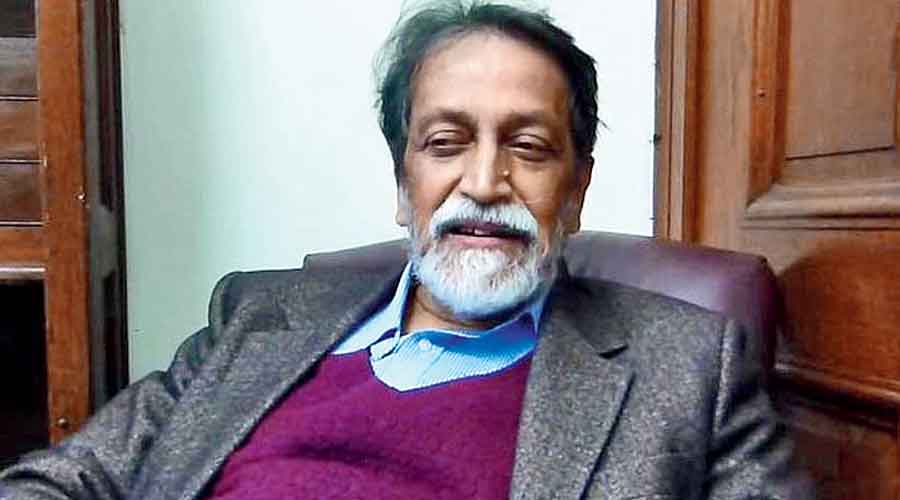 People close to the communists, and some communists themselves, have welcomed Trinamul’s victory in the Bengal Assembly elections because it ensured the defeat of fascism. Eminent economist and communist Prabhat Patnaik, professor emeritus with JNU, examines the post-election scenario in this dialogue.

Mamata trounced the BJP. How did you react to this stunning victory as a Leftist academic who is requested to regard both the BJP and Trinamul as implacable adversaries?

It goes without saying that I was thoroughly elated by the BJP’s defeat, which was a huge blow to the fascist project in the country that had appeared almost unstoppable at one point. I was sorry that the Left Front’s vote share went down and theCongress-Left alliance did not win a single seat, but that was a price to be paid for the defeat of fascism in West Bengal with its enormous national implications.

There is a big difference between the BJP and the TMC. While the latter at the grassroots level has a large number of hoodlums, the BJP is a fascist party. Its two obvious fascist features are: the systematic vilification and victimisation of a hapless minority, the Muslims; and a close nexus with monopoly capital, especially the “new” elements within it. It is based on a Hindutva-corporate alliance that is highly oppressive for the people, as is clear from the anti-labour and anti-peasant laws it has just enacted. The TMC differs in all these respects.

Did your friends and associates in the political-academic sphere react in the way you have reacted, effusively?

Yes, everyone was delighted. And look at what is happening after the West Bengal elections. The BJP is imploding all over the country: in UP, in West Bengal, in Karnataka. This is symptomatic of a weakening of the authority of its top leadership, the myth of whose invincibility is busted. The BJP juggernaut is tottering, though it is too early to celebrate. They are capable of doing anything to win, so one can’t be complacent; but they have received a crippling blow.

For the first time in history, the Left Front, the CPM in particular, failed to get even a single seat in a Bengal election. Why this disastrous collapse?

From the fact that the Left Front did not win any seats, it would be ridiculous to conclude that it is no longer a powerful force in West Bengal. That would be a form of “parliamentary cretinism” in Lenin’s words.

In the elections, Mamata succeeded in projecting herself as the main force against the BJP and invoked a powerful Bengali nationality consciousness against the BJP’s Hindutva agenda, which squeezed out the Left.

As long as the BJP remains a credible threat in West Bengal, this electoral squeezing out of the Left will continue; and the BJP will remain a threat as long it rules at the Centre. The Left, for this immediate political reason, quite apart from its implacable and principled opposition to fascism, must prioritise fighting the BJP, to prevent it from acquiring power in West Bengal and to dislodge it from power at the Centre.

The CPM fielded quite a few young faces as candidates in the last election. They did bring some additional votes but that was not enough. In a recent “soul-searching” session, CPM leaders lamented that the powerful people’s organisations or ganasangathans simply did not vote for the party. Why this dearth of support, this absence of allegiance, particularly among workers and peasants who are the lifeblood of such sangathans?

The reason the ganasangathans did not vote Left is that they perceived the threat of fascism in the state and saw Mamata as the most credible force for halting it. There is no reason to lament this fact: electoral allegiance to a different political formation in a particular conjuncture does not mean that these organisations have deserted the Left.

The coming to the Left of a large number of talented young persons is the surest sign of its bright future. Being a communist is not a ten-to-five job; it is an expression of a passion and a commitment to changing the world. When that passion and commitment energises the youth --- at least a segment of it that is extremely thoughtful and intelligent, as I know many of the young brigade of the CPM to be --- then one can have confidence in the future, not just of the Left but of the country. One only hopes that the youth does not lose this passion and commitment in mundane, quotidian politics.

In Kerala, a spectacular victory twice in succession. In Bengal, not a single seat. Why this massive contradiction?

There are several reasons. The first is that in Kerala the Left succeeded in convincing the electorate that it represents the most credible and uncompromising opposition to the BJP, while in Bengal Mamata played that role. The Left in Kerala could do this both because it has consistently opposed the Centre’s anti-democratic moves and also because the UDF has appeared on occasions as being close to the Hindutva elements.

The second reason is that the Kerala communists have for long been involved in social emancipation (caste) struggles, while the Bengal communists, involved in workers’ and peasants’ struggles, have never taken up the issue of caste discrimination. Because of this Bengal remains a deeply caste-divided society, and even the communist leadership, unlike that in Kerala, is overwhelmingly from the upper castes. The Kerala communists therefore have a committed OBC (Ezhava) vote that provides a floor to their voting percentage.

Thirdly, the excellent work done by the (Pinarayi) Vijayan ministry during the floods and the pandemic has been recognised and rewarded by the electorate; and this work has been on top of the work over several decades by successive communist ministries in building up a welfare state in Kerala. In West Bengal by contrast, after the initial work in the agrarian sphere and decentralisation, a certain stasis had set in to the work of the Left Front government, whose memory still hurts the Left.

The Congress and the CPM were sworn enemies in past decades. Now they have closed ranks to fight the BJP. When will Trinamul and the CPM forge a strictly limited alliance with this one objective – to defeat the BJP?

The Left has, quite rightly, been coordinating with other Opposition parties, including the TMC, within Parliament and at the national level against the BJP. But I think it will be impossible for the Left to have any understanding with the TMC within West Bengal unless that party reins in its hoodlum elements.

Complete freedom to carry out legitimate political activity, not just by the Left but by all political formations, including the BJP, must be guaranteed. In fact this is also necessary in the TMC’s own interest, for depredations by the hoodlum elements always give the Centre an opportunity to impose President’s rule on the state.

The Centre, as I said above, can do anything: in Jammu and Kashmir it reduced a state to two Union Territories just like that; there is even some talk of bifurcating West Bengal. No opportunity should be given to it to bring a state that has dared the Modi-Shah duo to its knees. The Left can demand this reining in from the TMC while offering consistent support against the Centre’s machinations.