Big Bang and cycle of creation and destruction

The universe, according to this theory has no beginning, no end, thus, endless both in space and time 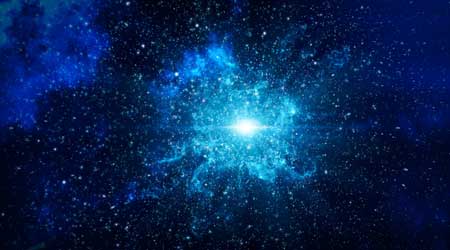 The idea was rather appealing, if nothing else, purely for its beauty and aesthetic appeal, and the idea was certainly philosophically attractive
Shutterstock
Bikash Sinha   |   Published 30.08.21, 01:40 AM

It was in the late fifties, still at school, we were all very excited about the new discoveries of the structure of the universe. Fred Hoyle, Dennis Sciama, Herman Bondi, Jayant Narlikar, and others all at Cambridge proposed an attractive and almost serene theory of the structure of the universe — called the “Steady State Theory”. The universe, according to this theory has no beginning, no end, thus, endless both in space and time. There is no beginning, no end; steady state, therefore it was.

With the observed expansion of the universe, the void that is created, gets filled in very slowly with new matter, created from hydrogen, ensuring “steady” density of matter across the universe. The idea was rather appealing, if nothing else, purely for its beauty and aesthetic appeal, and the idea was certainly philosophically attractive.

Towards the end of the 1950s and beginning of the 1960s Sir Martin Ryle of Mullard Radio Observatory, Cambridge with detailed observations about the distant galaxies revealed that the steady state theory may not be correct. Sir Martin, incidentally was the co-discoverer of pulsars, the rotating neutron stars with Tony Hewish and Jocelyn Bell for which Sir Martin and Tony were awarded Nobel prize but Jocelyn got by passed.

The real death blow to the steady state theory came from the “flukey” discovery of two American scientists from Bell Labs, Arno Penzias and Robert W. Wilson in 1964 of microwave electromagnetic radiation coming from all directions of space. The huge antenna used by the American scientists captured the all-pervasive radiation. They were puzzled, couldn’t believe at all. They even suspected bird droppings caused the radiation but that was not the case. Whatever they did, eventually the all-pervasive cosmic radiation persisted, there was no escape. Such radiation had been predicted already by that mercurial and impossibly savvy Russian physicist George Gamow and his colleagues Robert Dicke way back in 1940s. Ultimately for Penzias and Wilson all the elements of the puzzle fitted neatly with the idea of a “flash of the Big Bang” the very birth of the universe 14 billion years ago.

The background radiation Penzias and Wilson observed is the “hiss” of the universe after the big bang expanding through space and time. Soon the radiation was referred to as “CMB”, “cosmic microwave background”, at extremely cold temperature 2.725° Kelvin, (0° Kelvin is absolutely zero, and 273° Kelvin is zero degree centigrade).

With the discovery of CMB, “cosmythology” became “cosmology”, a quantitative and precise observational science of the universe.

Science is never content with the present and what we know at present. The wonderful driving force of science, physics in particular, is to explore what we don’t know yet and that is the beauty of the unknown and the joy of discovery.

Now, that the big bang theory is a reality and steady state theory is dead, the obvious question that comes to one’s mind “How did the big bang itself emerge?” Second, “what was there before big bang”?

I entered Cambridge university in 1964, with the “flash of the big bang” was all over, very exciting times indeed.

Dennis Sciama used to teach us mathematics, on the black board with a chalk, clear and lucid. It was a treat. In an evening lecture (very popular in Cambridge those days), it turns out Dennis had been an ardent follower of “steady state theory” but had the grace and courage to come down from that stand point and become an eager supporter of Big Bang theory.

My friend Roger Penrose, Nobel prize winner for physics in 2020, has gone on to question “what happened before the big bang?” and “what caused the bang of the big bang?”.

He comes to some remarkably revolutionary conclusion, essentially guided by the famous “second law of thermodynamics” which stated simply says, “chaos is increasing” in this universe along with the increasing entropy. Curiously enough, the entropy at the big bang was unusually small, Roger asserts and he is absolutely right of course.

Again as per the dictate of the second law of thermodynamics, the billions of black holes will burst, most possibly at the same instant. That almost infinite amount of entropy and the associated energy will be the next “flash of the big bang”. Roger Penrose describes the event, as the beginning of another “aeon”. There have been endless “aeons”, beyond counts literally. One “aeon” ends and another starts; “nature” has put in the most beautiful and exquisite mechanism, brilliant and awesome yet beyond any normal comprehension. The creation follows destruction and destruction leads to the creation precisely and exactly, effortlessly, just guided by the laws of nature. Clearly in this scheme of thinking there is no beginning or end of time or space — the universe of a sort is always there! Can you hear the echoes of the steady state universe?

Roger Penrose is supposed to come to Calcutta, in January 2022 for an international conference to talk on “Are we seeing Hawking Points in the microwave sky?” Well, let’s see!

For Penrose, a big bang forever