The students have been organising the dharna since December 5 evening 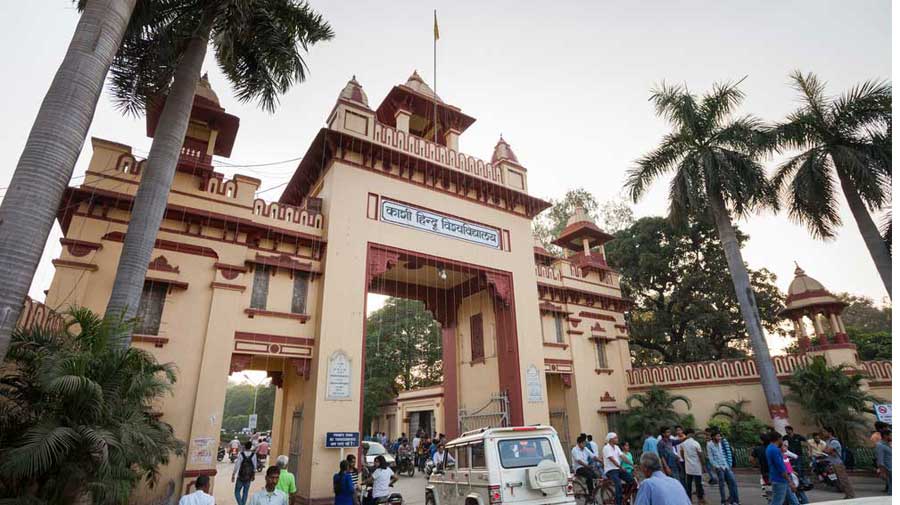 Banaras Hindu University students on a dharna outside the vice-chancellor’s residence demanding reopening of hostels and libraries alleged that they were assaulted with sticks by private security guards in the dead of the night, and that disabled students were also not spared.

The students have been organising the dharna since December 5 evening.

“It was a peaceful protest and the university administration resorted to violence. Proctors, security guards and private bouncers attacked us around 2.30am on Friday when we were sleeping at the dharna site. They hit us with sticks and removed many of us from the area. However, we have returned to the place where we have been sitting. It has become clear that the VC wouldn’t listen to us, but we have decided to continue the dharna,” said Sushil Kumar, a student.

While initially the protest had started with 250 students, the numbers grew to 600 after the alleged lathicharge.

Santosh Kumar, a disabled protester, said: “There are at least 20 disabled protesters, of whom 10 are blind. They were also beaten up by the security guards with lathis. The attack was so sudden that we didn’t get time to protect ourselves by running away.”

Santosh Tripathi, a protesting student, said: “It has become clear that the VC is against our demand. He should have the courage to come to us and say this. Instead, he is sending security guards to beat us.”

The BHU hostels closed in early April in view of the coronavirus-induced lockdown. Most inmates vacated their rooms and many of them shifted to rented accommodations after the university suspended physical classes in March. The hostels are yet to reopen.

However, some students had stayed back, cooking meals inside their hostel rooms and scaling the boundary walls to buy essentials. Some girls too had stayed back in their hostel, where a small gate was kept open.Over 60 women students are part of the protest on the lawns of the quarters of VC Rakesh Bhatnagar.

The university denied having resorted to a lathicharge. “We were trying to convince the students to withdraw their dharna as the administration is reviewing their demand. No force was used last night,” chief proctor O.P. Rai said.

He said the hostels were open and many students were living there. The gates had been locked as part of Covid protocol and to prevent outsiders from entering the hostels, Rai added.