A retired university employee, however, expressed the fear that efforts were afoot to appoint a 'favourable candidate' 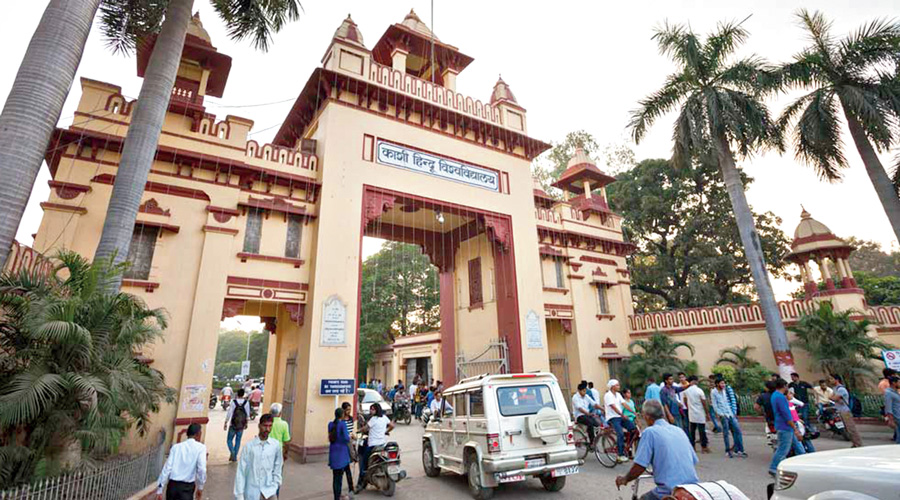 The Centre has issued a fresh advertisement inviting applications for the post of Banaras Hindu University vice-chancellor, relaxing the age criterion nine months after it began the selection process.

The earlier ad, published on December 9, 2020, had stipulated the age criterion as “not more than 67 years of age as on the closing date of receipt of applications of this advertisement”.

The new ad put out by the Union education ministry prefixes the word “preferably” to the upper age limit for the applicants for the BHU VC’s post. It says the candidates should “preferably not (be) more than 67 years of age as on 08.01.2021”.

The new ad floated on Tuesday says the motive is to ensure “a wider choice for selection”.

A retired BHU employee, however, expressed the fear that efforts were afoot to appoint a “favourable candidate”.

Vishwanath Pandey, former officer on special duty at BHU, told The Telegraph: “It seems they want to accommodate a favourable candidate through this revised advertisement.”

BHU does not have a regular VC since March this year when Rakesh Bhatnagar completed his tenure. The process of appointing a regular VC had been started in advance in December last year.

A search-cum-selection committee headed by retired bureaucrat Hasmukh Adhia had been set up to screen the applications, conduct a round of interviews and recommend a panel of names.

The committee had invited the shortlisted candidates for interviews that were to be held on the BHU campus on March 12. However, the candidates were informed that the interviews had been postponed. No reason was cited. The interviews are yet to be rescheduled.

The BHU Act provides for a three-year tenure for VCs and the person can remain in the post till the age of 70.

An age cut-off of 67, now eased by adding the “preferably” clause, would mean the new VC would have a maximum tenure of three years.

Pandey said there was at least one instance where a BHU VC had been appointed for a shorter tenure. In 1993, D.N. Mishra was appointed VC at the age of 64 when the retirement age was 65 years.

The revised ad issued on Tuesday says those who had applied earlier will not have to apply again. However, withdrawal of candidature will be allowed. The fresh applications will have to be submitted to the education ministry by September 24.

“Advertisement for appointment of VC, BHU, was initially published on 9.12.2020 in the leading newspapers. However, in order to have a wider choice for selection, the applications, in prescribed proforma available on https://www.education.gov.in/en and www.bhu.ac.in, are invited from eligible persons,” the new ad says.

BHU now has an in-charge VC in Vijay Kumar Shukla.