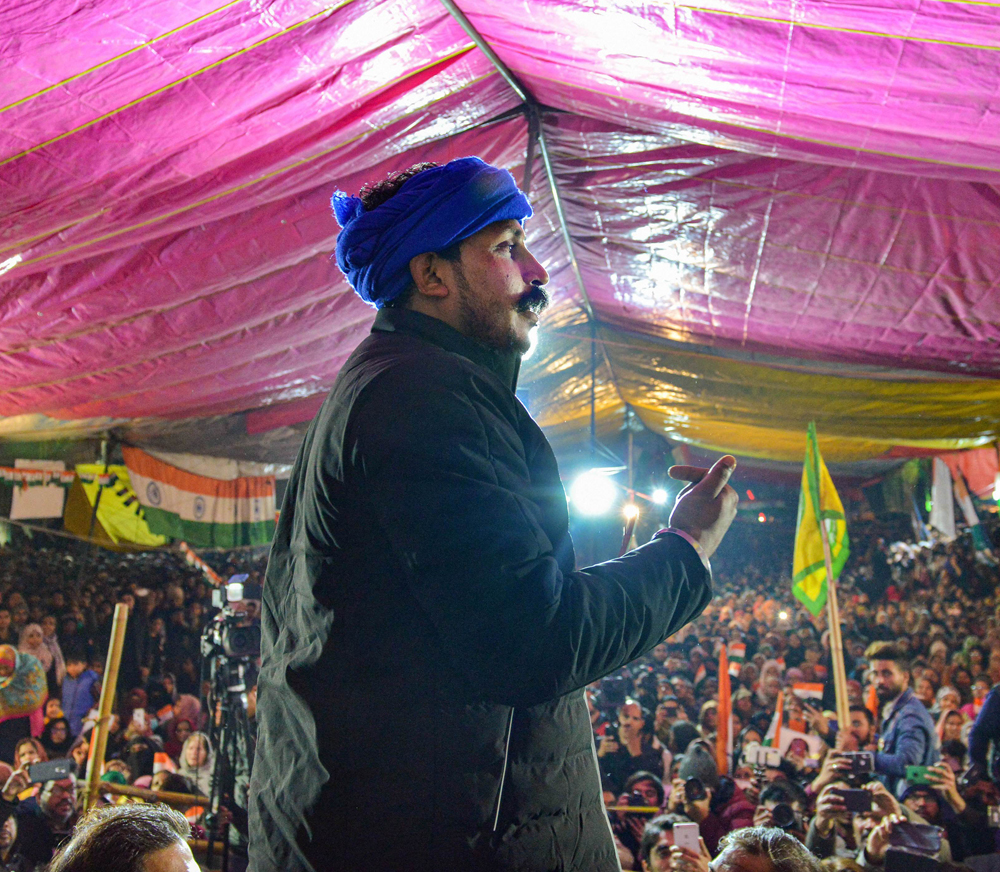 Bhim Army chief Chandra Shekhar Azad was detained on Sunday in Hyderabad where he was to address a meeting against the Citizenship (Amendment) Act and the National Register of Citizens in the evening, NDTV reported.

The news channel quoted the Hyderabad police as saying the administration had not given permission for the protest, and that Azad had been taken into custody to prevent him going ahead with it.

It said Azad and a few supporters were detained on their way to the rally and taken to Bolaram police station.

“He has been detained under Section 151 because permission was not granted for the public protest. He is likely to be let off soon,” Hyderabad police commissioner Anjani Kumar told NDTV.

The detention comes 10 days after Azad’s release on bail from Tihar Jail. He had been arrested last month after addressing an anti-CAA meeting outside the Jama Masjid in Delhi.