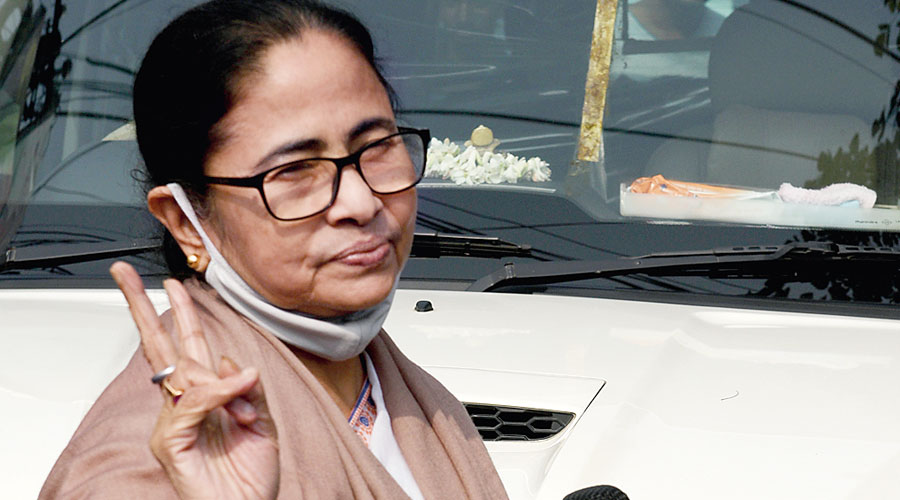 West Bengal Chief Minister Mamata Banerjee left for New Delhi on Tuesday for a meeting of non-BJP parties she has convened to formulate a joint strategy for the upcoming presidential poll.

Congress has already confirmed it will attend the meeting.

Mamata, also the Trinamul Congress supremo, last week wrote to 22 opposition leaders and chief ministers requesting them to attend the meeting on June 15 at the Constitution Club in the national capital.

The TMC leadership is hopeful about the success of the meeting.

"We are very much hopeful that the meeting will be a success. As far as we know, all the 22 leaders will be represented at the meeting," a senior TMC leader, who did not wish to be named, said.

She is also likely to meet some of the Opposition leaders.

"After the meeting, there are chances that she will meet a few opposition leaders. But nothing is finalized as of now," the TMC leader said.

In the letter, she said the presidential election provides the perfect opportunity for all progressive opposition parties to reconvene and deliberate on the future course of Indian politics when "the divisive force" is plaguing it.

The presidential elections are conducted indirectly through an electoral college consisting of elected members of Parliament and legislative assemblies of states and Union territories.

The number and value of votes of each voter from the state legislatures are worked out by a formula which takes into account the state's population in 1971.