Prime Minister Narendra Modi 'inspires' her with his hard work for the country, she said 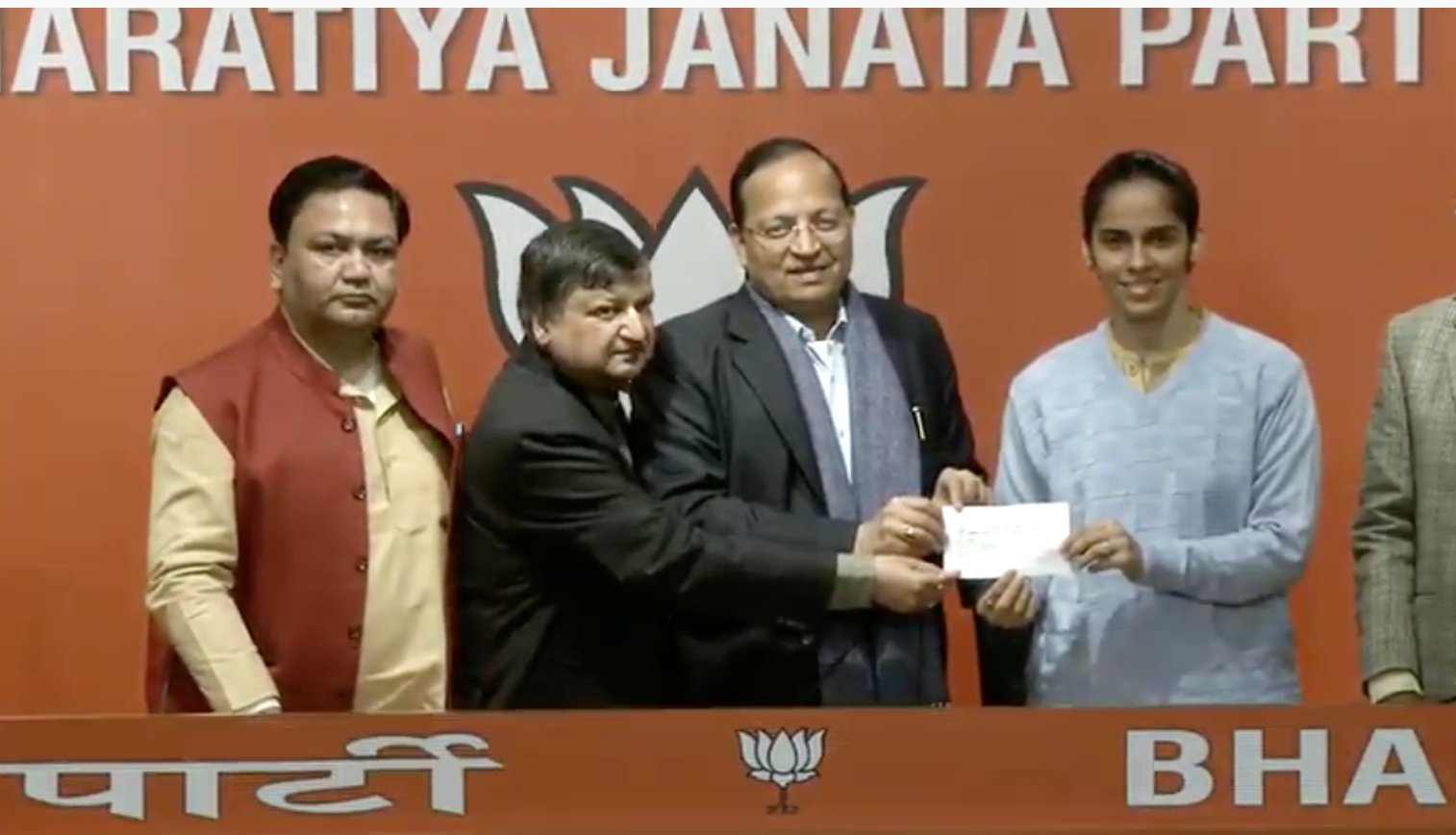 BJP general secretary Arun Singh told reporters that Saina has brought glory to the country with her many international titles
Twitter/@BJP4India
PTI   |   New Delhi   |   Published 29.01.20, 08:27 AM

Joining the party at a ceremony at its headquarters in New Delhi, Nehwal said the BJP has been working a lot for the country and she would work to do her bit as its member.

Nehwal (29) is a former world number one and has won numerous international titles, including a bronze medal at the Olympics.

Her elder sister Chandranshu Nehwal also joined the BJP along with her.