Right to liberty non-negotiable, says bench, but adds that the relief does not mean the court approves of his tweet 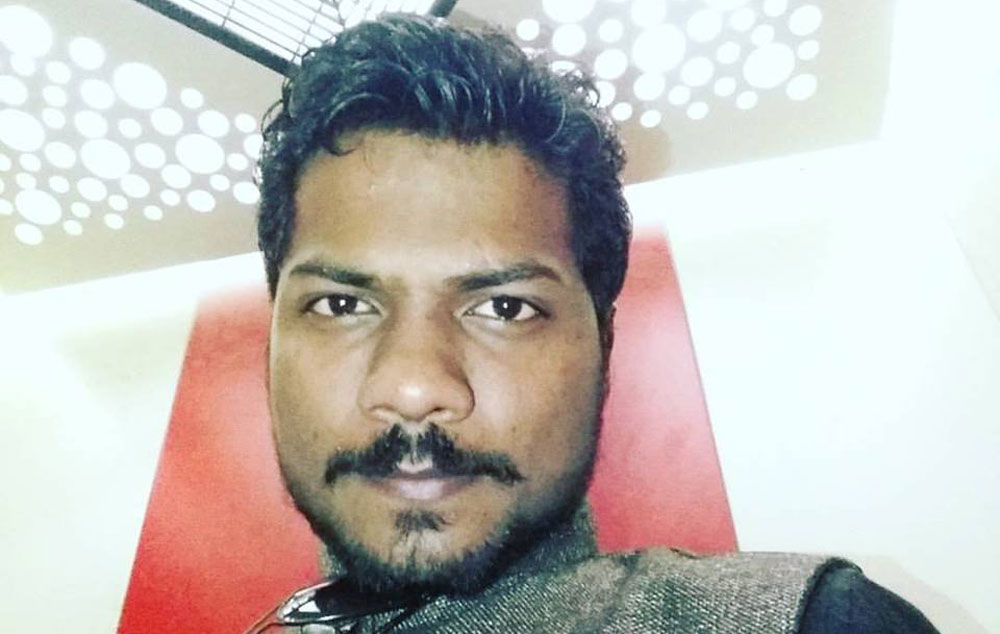 Kanojia had allegedly shared a video on Twitter and Facebook where a woman is seen speaking to reporters outside the Uttar Pradesh chief minister's office in Lucknow claiming she had sent a marriage proposal to Adityanath.
Source: Prashant Kanojia's Facebook page
The Telegraph   |   New Delhi   |   Published 11.06.19, 10:34 AM

Kanojia's wife Jagisha Arora had said the arrest was 'illegal' and 'unconstitutional' and filed a habeas corpus petition. She demanded that Uttar Pradesh Police release Kanojia without delay.

After he was granted bail, this is what members of the Twitterati had to say:

The Congress chief used a similar style of sarcasm, for which the journalist was arrested, to imply that the UP chief minister needed to stop 'behaving foolishly' and release the arrested scribes.

If every journalist who files a false report or peddles fake, vicious RSS/BJP sponsored propaganda about me is put in jail, most newspapers/ news channels would face a severe staff shortage.

The UP CM is behaving foolishly & needs to release the arrested journalists. https://t.co/KtHXUXbgKS

A BJP supporter felt that the decision was unjust and called Kanojia 'a serial offender'.

Unable to understand why supreme court asked Priyanka Sharma to appologise to Mamta Banerjee just for sharing a meme and not using similar yardstick to #PrashantKanojia while granting him bail... He is a serial offender.#PrashantKanojiaCase

Another netizen 'welcomed' the judgment while drawing a connection with the arrest of Abhijit Iyer-Mitra, who was held for derogatory remarks about the Konark Sun Temple in September last year.

While the SC's decision on Prashant Kanojia should be welcomed; how could it have just a few months ago allowed @Iyervval to go to jail on roughly similar grounds? pic.twitter.com/cPZi3uc8uV

Someone also claimed that Kanojia was suspended for castiest abuse to his IIMC faculty, and called him a 'low life'.

Low life #PrashantKanojia didn't even spare his Almamater (IIMC) head @kg_suresh, Photoshopping his personal photo to make a fake news. He was also suspended for castiest abuse to his faculty.

One of the members of Twitterati pointed out the dichotomy in the Supreme Court's judgments.

The same #SupremeCourt judge wanted Priyanka Sharma to apologise before being granted bail. That is, admission of guilt without trial. Order was amended to apology after bail.
In one case, #FreeSpeech is negotiable. In another, it's non-negotiable. Worrying times. #India https://t.co/5snYGPfzJS

The word 'endorsement' has been one of the highlights of this judgment: 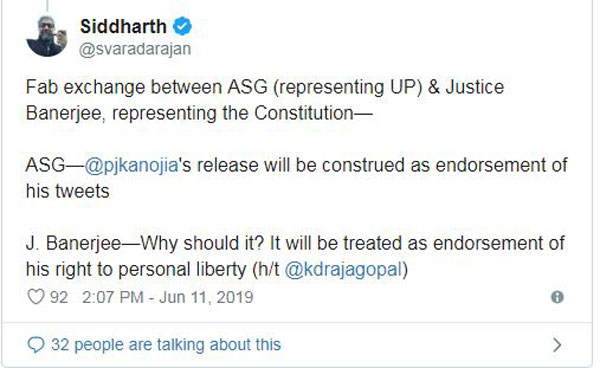 The Left wing activist and former JNU student congratulated the journalist on getting bail and implied the old saying from The Three Musketeers: One For All And All For One!

Journalists across the country continue to face heat from political parties. Let's see which scribe comes under the scanner next?