'Akhileshji doesn't want to give representation to the Dalits' 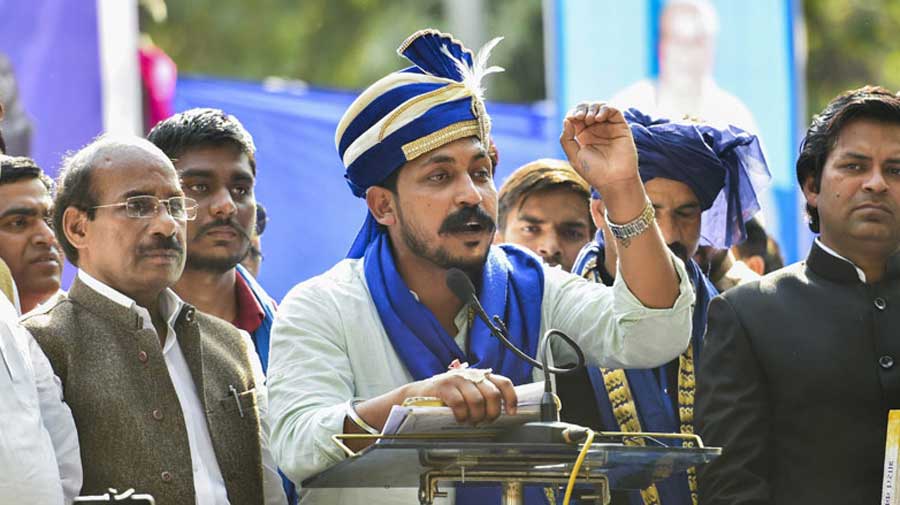 Bhim Army chief Chandrashekhar Azad on Saturday said that his political outfit - the Azad Samaj Party - would not ally with the Samajwadi Party for next month's Uttar Pradesh Assembly election according to ndtv.com.

Samajwadi chief Akhilesh Yadav "does not want the support of Dalits", Azad was quoted.

"In the end, I felt Akhileshji doesn't want Dalit leaders in this alliance... he only wants Dalit votes. My fear was that if Dalits vote for him and he forms the government, we won't be able to talk to him about our problems... if we're beaten, if our lands are stolen and our women raped, like Hathras."

As per sources Akhilesh offered the Azad Samaj Party three seats, but Chandrashekhar asked for 10 seats and a middle ground could not be established.

"Akhileshji told us a month ago that we will fight the election together. I was here for two days to discuss our joint fight. I wanted to join with Akhileshji to stop the BJP, but he doesn't want to give representation to the Dalits," Azad told NDTV.

"I will decide on my next steps in two days... there might be a third front ready soon," he said.

While Akhilesh has been bolstering his base among the backward classes on the back of the defections from the BJP, the latest developments could help him enter the territory of another adversary — Bahujan Samaj Party chief Mayawati — as the state votes in February-March.

Chandrashekhar emerged as a leader of the Dalits in west Uttar Pradesh after caste violence in Shabbirpur village of Saharanpur district in May 2017.