Day-to-day hearings of the Ayodhya land dispute will be held from August 6, with a verdict expected by November 17 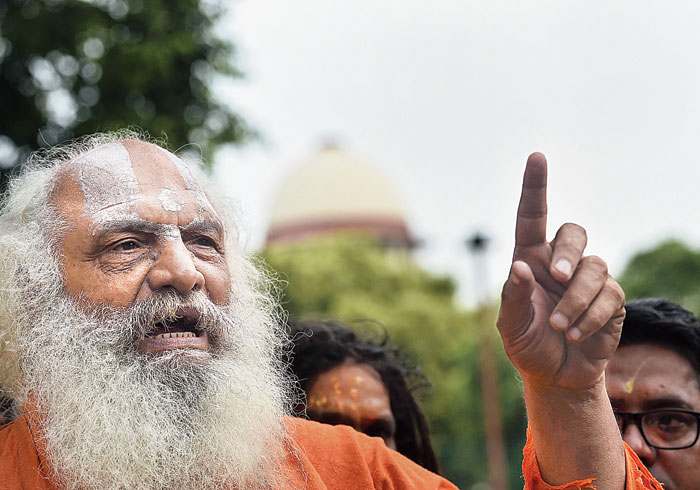 A constitution bench will hold day-to-day hearings of the Ayodhya land dispute from August 6, with a verdict expected by November 17 when Chief Justice of India Ranjan Gogoi, who heads the bench, retires.

If a judge on a bench retires before the final judgment has been passed, the entire matter has to be re-heard.

On Friday, the five-judge constitution bench fixed August 6 as the date on which the daily hearings would begin after the Supreme Court-appointed mediation panel said its efforts had not led to a settlement, that is, the talks had failed.

The hearings are expected to conclude by September-end or the first week of October, so the bench will have more than a month’s time before November 17.

On March 8, the bench had referred the title dispute for “mediation”. It had appointed a three-member mediation panel that was headed by the former apex court judge, Justice Ibrahim Kalifullah, and included spiritual adviser Sri Sri Ravi Shankar and senior advocate and expert mediator Sriram Panchu.

On July 18, hearing a Hindu petitioner who claimed the talks had failed and the matter should be decided judicially, the bench had said it would meet on August 2 to fix a date for day-to-day hearings to begin.

It, however, appeared to give the mediation panel a final chance, asking it to inform it by August 1 about the results of its efforts at an out-of-court settlement.

When the matter came up on Friday, the bench said it had received and gone through the panel’s report.

“The mediation proceedings have not resulted in any final settlement. We, therefore, have to proceed with the hearing of the cases/appeals, which will commence on and from 6.8.2019,” it said in an order.

Senior advocate Rajeev Dhavan argued that the court must first deal with the intervention applications, including one filed by BJP politician Subramanian Swamy, but Justice Gogoi said all the issues could be raised only from August 6.

Both Hindu and Muslim groups have challenged a 2010 Allahabad High Court judgment that divided the disputed plot equally in three portions and distributed the shares among two Hindu claimants and a Muslim group.