Advertisement
Home / India / At least 4 injured in clashes in Kashmir, shutdown in Srinagar

At least 4 injured in clashes in Kashmir, shutdown in Srinagar 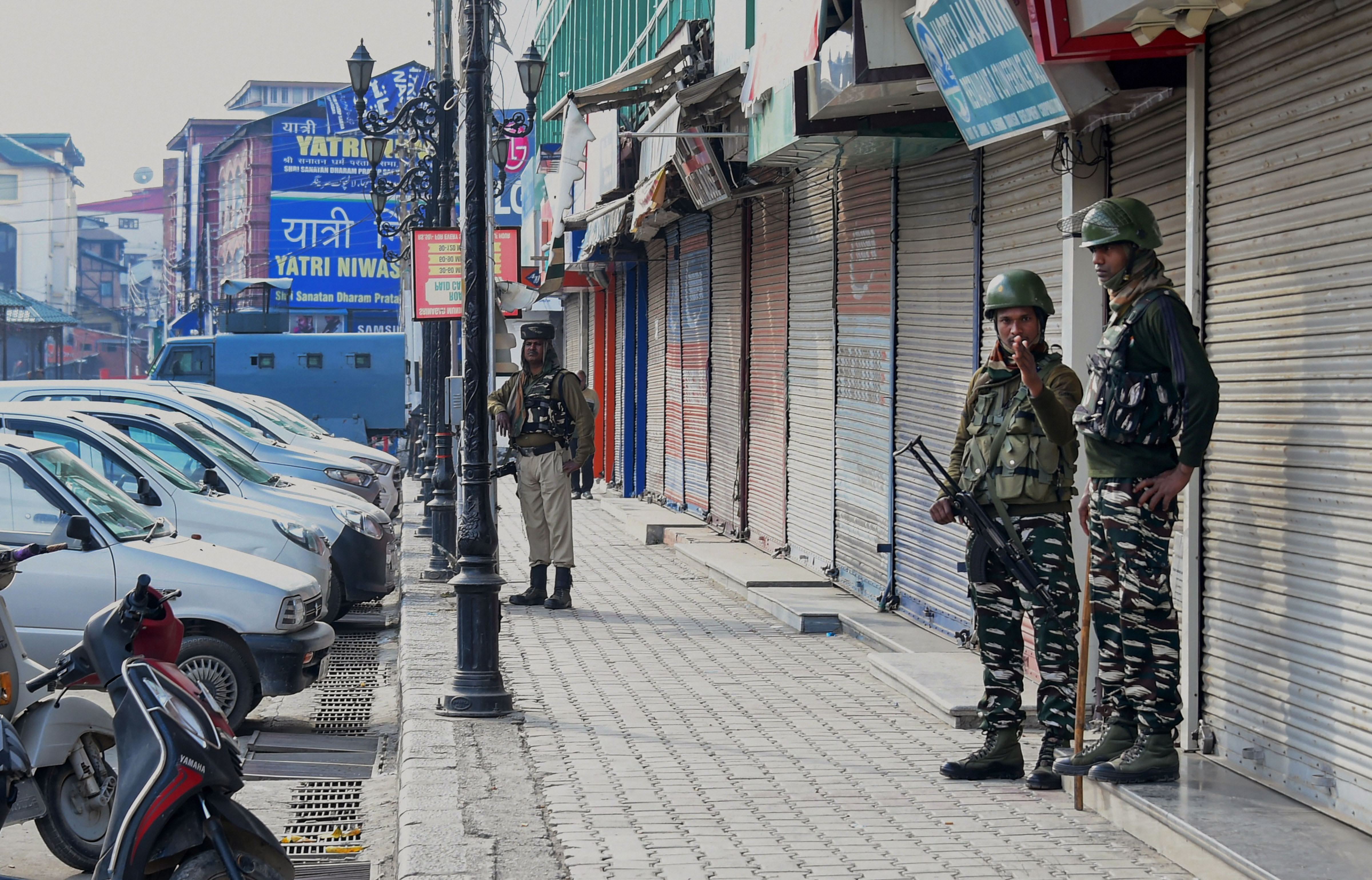 At least four persons were injured on Tuesday in clashes between protestors and security forces in Kashmir where a complete shutdown was observed in some parts, including Srinagar, officials said.

The clashes broke out on a day when a delegation of 23 European Union MPs arrived in Srinagar for a first-hand assessment of the situation of Jammu and Kashmir following revocation of the state's special status under Article 370.

Police officials said clashes broke out at several places in Kashmir including many parts of the city between protestors and security forces, resulting in injuries to four persons.

The clashes were going on in many places of the city and some other areas of the Valley when reports last came in.

Normal life remained disrupted in Kashmir for the 86th day following abrogation of special provisions that granted special status to Jammu and Kashmir under Article 370 of the Constitution and bifurcation of the state into two union territories.

Markets were closed while transport remained off the roads due to the clashes, the officials said.

Vendors, who had regularly set up their stalls over the past two months, also did not turn up today, they said.

However, board examinations for class 10 are being held as per schedule with worried parents waiting outside exam halls for their children.

'The situation is not conducive for children to write examinations. The government should have postponed today's paper,' Arshad Wani, who was waiting outside an examination hall at Iqbal Park, said.

He said the safety of children should be paramount for stakeholders of the society.

The efforts of the state government to open schools over the past three months have not borne any fruit as parents kept children at home due to apprehensions about their safety.

While landline and postpaid mobile phone services have been restored across the Valley, all Internet services continue to remain suspended since August 5.

Most of the top level and second rung separatist politicians have been taken into preventive custody while mainstream leaders including two former chief ministers — Omar Abdullah and Mehbooba Mufti — have been either detained or placed under house arrest.