Jaitley had represented major industrial houses such as the Tatas, the Birlas, Ranbaxy and Vodafone, besides the Delhi Development Authority 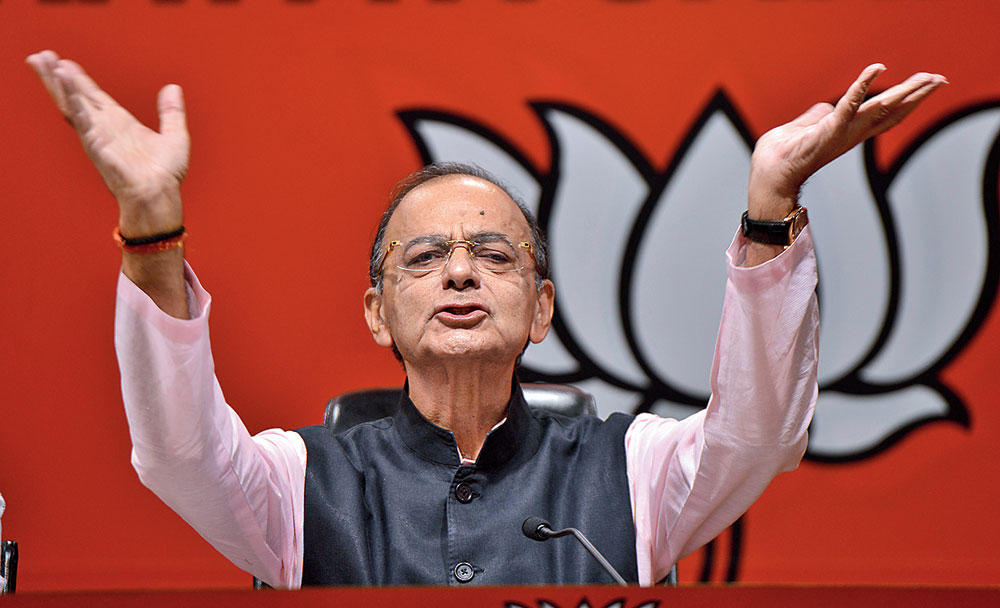 In his eventful career spanning over 40 years, Arun Jaitley, who commanded respect from his political adversaries across the spectrum, was also a much-sought-after lawyer known for his legal acumen.

An expert in constitutional and corporate laws, Jaitley was revered by the entire legal fraternity, including judges.

Although Jaitley suspended his legal practice in 2009 after being made the leader of the Opposition in the Rajya Sabha, he had earlier not only appeared for veteran BJP leader L.K. Advani in the Jain hawala case in the 1990s along with Ram Jethmalani, but also for several other political stalwarts like Madhav Rao Scindia, Sharad Yadav and Karan Singh in various other cases.

The current Chief Justice of Tripura High Court, Sanjay Karol, and Delhi High Court judge Navin Chawla had assisted him as junior advocates in various matters before being elevated as judges.

Jaitley had also represented major industrial houses such as the Tatas, the Birlas, Ranbaxy and Vodafone, besides the Delhi Development Authority.

The former Union minister had successfully argued alongside Jethmalani to ensure the discharge of Advani in the Jain hawala case. Jaitley had two stints as Union law minister between 2000 and 2001 and again from 2002 to 2003, during which he introduced several amendments to the company laws.

After the first NDA government lost power, Jaitley resumed his legal practice and was one of the most high-profile lawyers in the Supreme Court and Delhi High Court.

He had appeared in the Ashok Thakur Vs Union of India cases for some of the petitioners who had challenged the 27 per cent reservation granted to OBCs in education and jobs. A constitution bench of the Supreme Court, while upholding the validity of the reservation for OBCs, ruled that such quota benefits could be granted only after the “creamy layer” was eliminated from the list of OBCs.

Jaitley is credited with bringing in his rich expertise in developing the intellectual property rights laws in the late 1990s when they were at a nascent stage.

“Mr Jaitley was a very encouraging senior to all his staff and associates without any discrimination. He was one of the most brilliant lawyers to work with and treated women with respect and dignity when women lawyers were reluctant to join several other lawyers because of fear of sexual harassment,” said senior advocate Vibha Makhija.

Makhija told The Telegraph that Jaitley was a soft, affable senor who not only encouraged his juniors professionally but also had a personal rapport with each one of them. He did not discriminate between male and female lawyers.

“He treated female lawyers on a par with their male counterparts and never showed any gender discrimination, which made him stand out as one of the most endearing senior lawyer to work with,” Makhija added.