In Arun Jaitley's reproduced script, Goldfinger's famous line gets a tweak and goes to James Bond 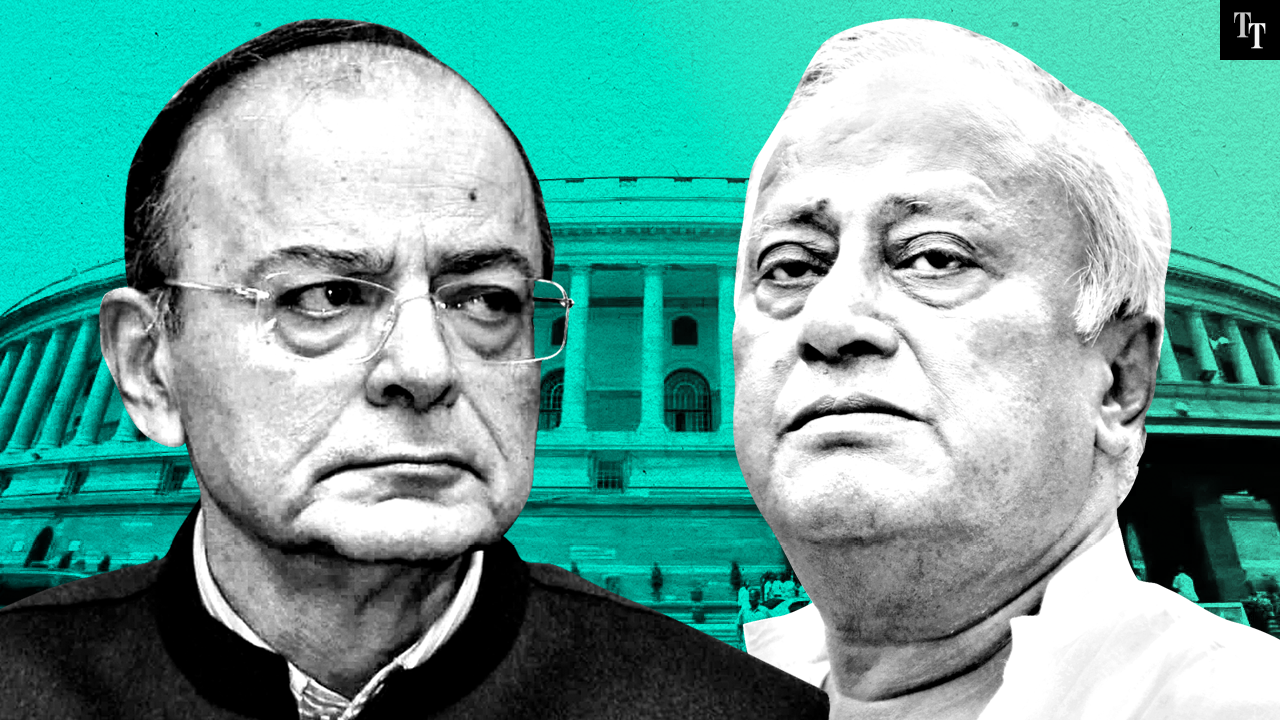 Like Commander James Bond (Jimbo to his CIA friend Jack Wade), always on Her Majesty’s service to risk his life and limb, Arun Jaitley on Wednesday fought a bruising battle on behalf of the absent Prime Minister when the Rafale debate heated up in the Lok Sabha. But Jaitley was caught out by Trinamul MP Saugata Roy when the finance minister quoted one of the most enduring lines from Goldfinger by Ian Fleming, the creator of Bond. Here’s how Jaitley tapped Goldfinger to target Rahul Gandhi but Roy emerged as the Man with the Golden Gun.

(Jaitley got it wrong on another count too. It was the millionaire crook Auric Goldfinger, not Bond, who uttered the unforgettable lines. When the captured 007 tries to talk his way out by creating an impression that his three run-ins with the crook were by chance, Goldfinger says: “Mr Bond, they have a saying in Chicago: ‘Once is happenstance. Twice is coincidence. The third time it’s enemy action’.”) 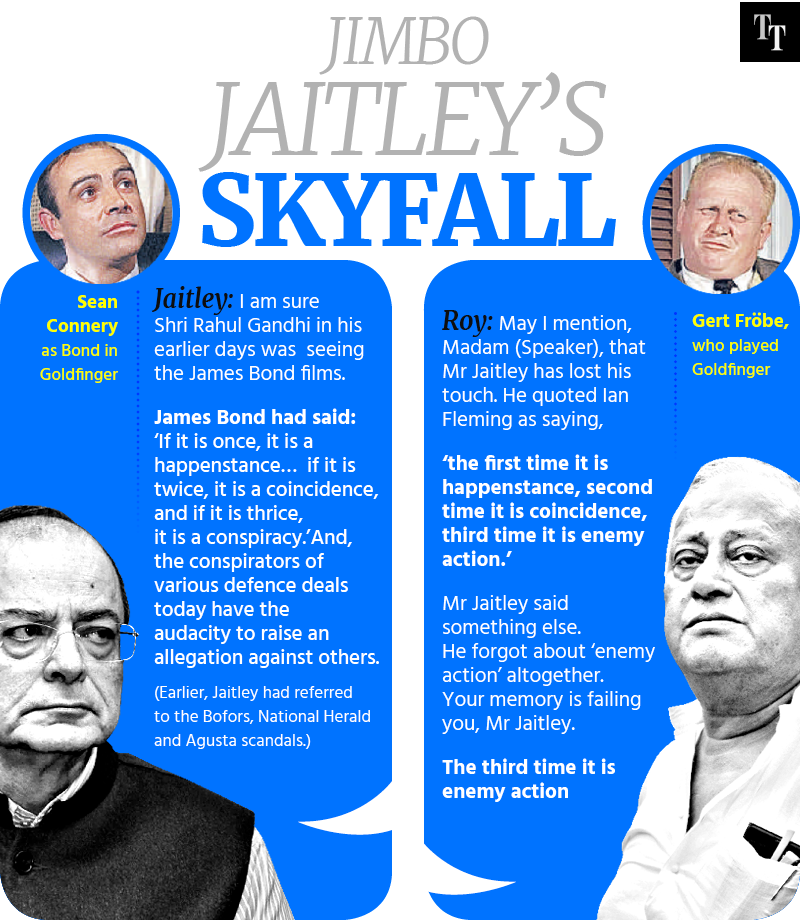