Advertisement
Home / India / Artistes feel freedom of expression will be stifled if Modi, BJP are voted back to power

Artistes feel freedom of expression will be stifled if Modi, BJP are voted back to power 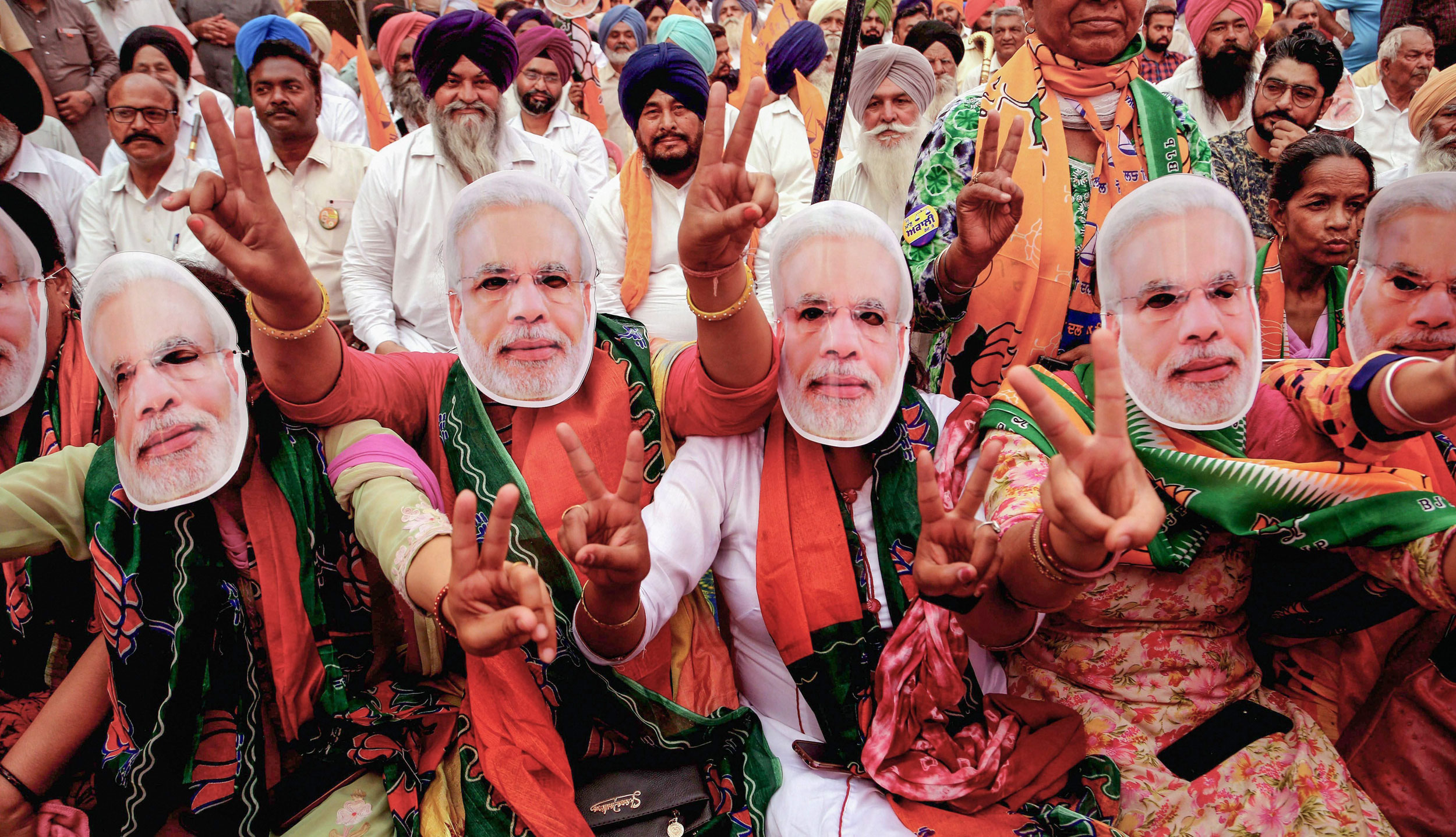 Five days after a suicide bomber killed 40 CRPF soldiers in Kashmir’s Pulwama on February 14, playwright and director Abhishek Majumdar was forced to cancel a play looking at the behaviour of Indian security forces in the disputed region.

The play, which was scheduled to be staged on February 19 in Jaipur, was stopped by police but if they hadn’t stepped in, hardline Hindu activists had made it clear they would have physically forced it off the stage. The activists said Majumdar was “anti-national”.

Hours before the show was due to start, the crew said they were forced to escape the venue as a mob had gathered. They said they ran down back alleys and had to take side roads to avoid being attacked on a main road.

“It wasn’t that people didn’t like our play, expressed their dismay and left. No. We were being hunted across the city,” said Ashwath Bhatt, an actor in the play.

Several playwrights, filmmakers, musicians and comedians say their work has been censored or cancelled following pressure, sometimes backed up by physical threats, from Hindu hardline groups that have multiplied since Prime Minister Narendra Modi came to power in 2014.

Many of these artistes say they fear that if Modi and the BJP are elected to a second term, it will lead to further restraints on freedom of expression. Most political strategists say they expect Modi to be in a position to form the next government when votes are counted on May 23.

Reuters interviewed 21 actors, playwrights, musicians and comedians for this story and found out that at least 15 of them have been subjected to questioning by event organisers or the authorities if their works explored contentious issues, such as secularism and religious intolerance, or ridiculed Modi’s decisions.

BJP leaders have dismissed allegations that the party is intolerant of dissent.

In Jaipur, Reuters spoke to three police officers who went to the venue, and all three said they just didn’t feel the timing was right to show Majumdar’s play, which deals with the mental state of civilians and security forces after years of unrest in Kashmir. None of the three had read the script.

“We were informed of possible violence. So to avoid any violence and any harm from happening, we took action,” said sub-inspector Mukesh Kumar. 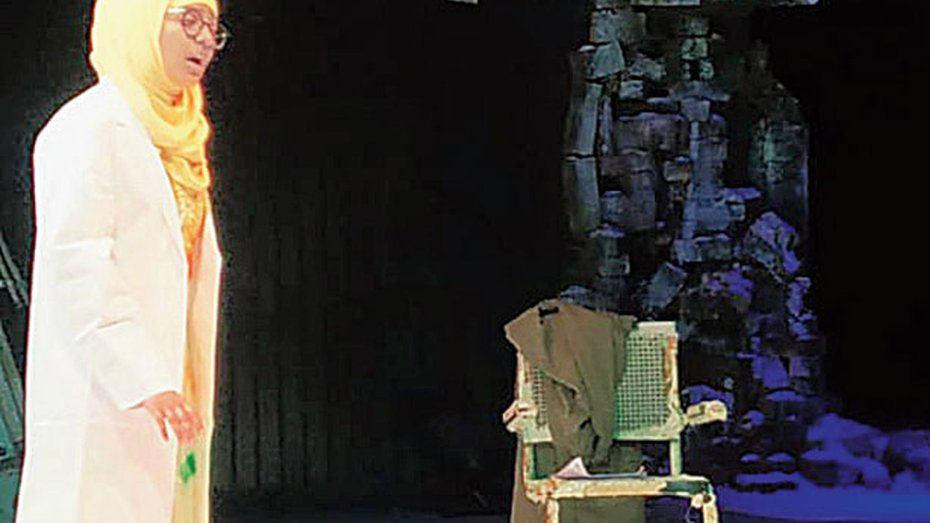 Hindu activist Suraj Soni said he filed a police complaint against the play and joined the protests because it was “mocking” and “insulting” the nation’s armed forces at a time when India was mourning those killed in the suicide attack.

“We told them the evening before to not go ahead with it since the country’s sentiments are on a boil. Majumdarji didn’t want to listen to us,” Soni said.

Majumdar said he had never met Soni. “What a liar,” the 38-year-old playwright said. “He is part of a larger nexus of the disease that the BJP has spread in our country.”

Lalitha Kumaramangalam, a BJP leader, said the allegations by artistes that the government and the ruling party were clamping down on free speech were “all in their mind”.

The number of verbal attacks on the BJP and its allies was illustrative of how much freedom the critics had, she said. Kumaramangalam compared it with the 21-month Emergency in 1975-77 when then Prime Minister Indira Gandhi suspended civil liberties. Hundreds of journalists, artistes and intellectuals were among those arrested at the time.

“That was real censorship. I don’t think anyone has come anywhere near that. You wouldn’t even be talking to me about it if there was real curtailment right now,” Kumaramangalam said.

Clearly the Hindu groups aren’t the only restraint on freedom of expression in India. Hardly a month goes by without a movie being challenged because a plotline offends one religion, ethnic group, caste, or another.

But it is the intensity of the attacks on anything that challenges the Modi government or the military’s view of the world that is frightening artistes. And more direct involvement of local police in deciding whether a performance can continue is adding to those concerns.

“There is a kind of legitimacy this government has provided to violence. It is okay to attack artistes these days, only because their work does not suit the narrative being peddled for electoral gains,” said Majumdar.

In January when a Tamil-language band, The Casteless Collective, sang in Chennai, a police officer stopped the band soon after it started playing.

“In the first line of the song the words ‘Modi Mastan’ were heard, and a panicked cop came running to me to stop the show,” said Carnatic singer T.M. Krishna, an organiser of the festival. The words roughly mean “mystical fraudster” in Tamil language slang and do not necessarily refer to the Prime Minister.

Sub-inspector A. Selvakumar, who was on duty at the beach festival, denied in a phone interview that the band was interrupted because of the lyrics, saying his superior had told him the performance had exceeded its time limit and had to be stopped.

Actor-director Amol Palekar was interrupted during a speech at the National Gallery of Modern Art (NGMA) in Mumbai in February this year by the institution’s officials. He was speaking about government interference in art and attacks on freedom of expression and had to wind up abruptly.

“The NGMA episode was despicable and was representative of the gagging that has spread over all fields of expression,” Palekar said in an e-mail response to questions.

Soon after that, more than 800 writers and artistes from across the country protested and signed the Artistes Unite declaration to register concern against hate and intolerance.

Moloyashree Hashmi, an actor for more than four decades, says while groups have been physically attacked, there was also a hidden clampdown on dissent.

“It is the unstated, not being able to perform... that is far more insidious and all pervasive,” she said.

Her husband Safdar Hashmi, a communist playwright, was killed while performing a street play in a village outside Delhi in 1989. Ten people, including a member of the then ruling Congress, were convicted for the killing.

“It has increased over the years. Continuously increased,” Moloyashree Hashmi said of the attacks. “They let loose goons. And the authorities will just not do anything.”

NGMA: The silence of artists is not a sign of tranquillity